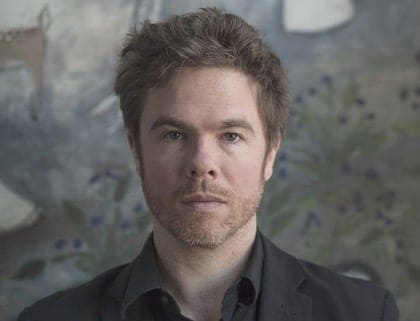 “Sermon on the Rocks” find the singer-songwriter wanting to get down up on the mountaintop.

The last time we heard from Josh Ritter, the 38 year-old singer-songwriter released 2013’s “Beast in its Track”, an album created over the course of his divorce from musician Dawn Landes.  During that same period he also moved to New York and suffered a life-threatening illness from  over-exercising. And now, 2 years later, Ritter drops his eighth studio album, “Sermon on the Rocks”.  Recorded exclusively in New Orleans, Ritter and his Royal City Band (Zach Hickman on bass, Josh Kaufman on guitar, Sam Kassirer on piano, and Matt Barrick of the Walkmen on the drums) find inspiration is a city known for his dichotomy between the sacred and the secular.  The overall mood of the album is one of partying while contemplating religious topics of repentance, purpose, and truth.  You will hear a bit of soul, honky-tonk country, and folk-rock delivered with sincerity, vivid imagery, and a bit of playfulness.  He has called his latest album “messianic oracular honkytonk”. 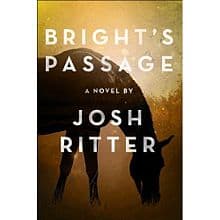 If “Beasts in its Track” was his break-up album, “Sermon on the Rocks” is his rebound album.  In the time between albums Ritter has written a novel, become a father, and shaken off the sullen and uninspired tone that marred a large portion of his break-up album.  Here we find Ritter rebounding in life and in art.  This album tackles serious topics of history, religion, and the everyman.  But Josh doesn’t take himself too seriously.  One of his strengths has always been the fun and playfulness he approaches his craft.  If you’ve seen him live, you’ve witnessed one of the friendliest, goofiest, and sincerest musicians around.  That Josh Ritter is back and helps “Sermon on the Rocks” succeed in all the areas that “Beast in its Track” underwhelmed.

Ritter has opened up about his own religious and spiritual beliefs.  It’s not the dogma that draws him to incorporate messianic themes or Biblical imagery – it’s the Bible stories themselves.  Ritter juxtaposes the inspiration and the chaos that is often drawn from the same Bible passage.  He appreciates the heroes and villains.  But more than anything, Ritter uses the imagery of the Sermon on the Mount as a launching pad for someone in search of truth.  He likes the idea of someone standing on the mountainside speaking simple truths.  Of course, in his version, they’re singing the truth. 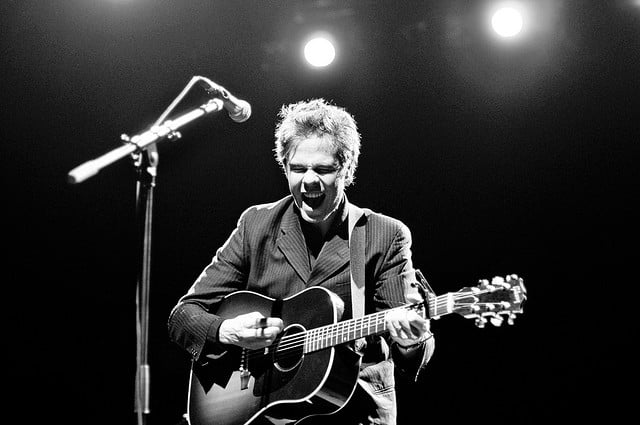 Now before you start thinking that “Sermon on the Rocks” is directly addressing religion, belief, and spirituality, let me calm you (or warn you) that this album is anything but that.  Instead, Josh gets back to his strength of telling stories in such creative and detailed ways that the truth and subtext of his songs organically surface to the listener.  In “Henrietta, Indiana” he employs a rhythm and tempo that harkens back to seventies Paul Simon and Paul McCartney.  Like Simon’s “Duncan”, it’s another story of an individual facing choices and temptations in their life, but instead of Duncan’s lust and sexual awakening, “Henrietta, Indiana” is about a small-town girl driven to commit an extraordinarily reckless crime.

In “Getting Ready To Get Down”, Ritter revisits the staccato sound and vocal delivery of “To The Dogs or Whatever” from his wildly successful “The Historical Conquests of Josh Ritter”, which was similarly an homage to Dylan’s “Subterranean Homesick Blues”.  Ritter doesn’t have to commentate on religion – he lets his characters and their lives speak for themselves.  “Getting Ready To Get Down” tells the all-too-familiar tale of overly pious parents trying to control their blossoming daughter by shipping her off to Bible College, only to find out that all they’ve done is stimulated her mind (and maybe other parts of her) with a wealth of knowledge concerning lust, free will, and other worldly pleasures.

At his core, Josh Ritter is a folk artist.  The construction of his songs are often simple and straightforward.  That has never been a limitation.  Often, the textures he and his backing band layer upon the song offer simple rewards that never draw the listener away from the lyrics.  The only time Ritter’s folk leanings work against him is when he and his band awkwardly step out of their wheelhouse into another sound that they’ve yet to deconstruct and make their own.  Consequently, it often sounds like musical forgery and mimicry rather than originality or an inspirational homage.  If I have one complaint about this album it’s that it runs out of steam toward the end.  For an album that was recorded in New Orleans, it doesn’t have enough swagger and dirt.  There is a bit of Mark Knopfler riff here and there, but for every Cumberland (this album’s obligatory Paul Simon homage), there is a “Lighthouse Fire”.  The first two-thirds of this album is nearly flawless.  The last four songs collectively aren’t able to close the album on a high note.  It’s a minor quibble, but nevertheless, it prevents the album from reaching the overall heights of The Animal Years (2006), The Historical Conquests Of (2007), or So Runs the World Away (2010).

But the highlights and high points of this album reach the mountaintop.  In addition to the aforementioned “Henrietta, Indiana” and “Getting Ready To Get Down”, the middle of the album reaches the peaks with the 1-2-3 punch of “Where the Night Goes”, “Cumberland”, and “Homecoming”.  The latter starts with a simple melodic piano that evokes Jackson Browne, Bob Seger, and those everyman troubadours from the seventies.  The song may be mistaken as a pining, nostalgic ode to returning home.  In truth, the lyrics depict a man returning to his hometown and finding himself back on Make Out Point, where he hopes to relive the carnal joys that have vividly remained in his memories all these years.

And that is what elevates Josh Ritter’s music –  the complexity and duality found in his words.  There is rarely one, specific reading or understanding of his lyrics.  Take the album’s title, “Sermon on the Rocks”.  What exactly does it mean?  Is truth and morals in jeopardy (like a marriage on the rocks)?  Is the sermonizer a little liquored up (like a vodka on the rocks)?  Or is the messenger not so high and mighty but down low like the rest of us (on the rocks instead of up on the mountaintop)?  Or is it all three interpretations? That’s the beauty of Josh’s wordplay.

You can hear a bit of Dylan, Waits, Cohen, and Paul Simon in his music.  But make no mistake, Josh Ritter stands on his own shoulders.  If you’re already a fan of his, this album won’t disappoint.  If you love music with strong, literary wordplay and stories, this album is for you.  If you’re looking to try out some new music, give “Sermon on the Rocks” a shot.  By the end you’ll probably be getting down to it.