“Hey, guys we have friends!”

Another wonderful episode of Critical Role brings about a fantastic discussion.  On April 20th Critical Role had a one-off adventure where Liam O’Brian stepped into the Dungeon Master (DM) chair.  In the adventure, his friends played as younger versions of themselves.  The ages of the players were depicted ranging from about nine to fifteen.  As the players were informed that they looked like their younger selves, they began to adopt the attitudes and mannerisms they had at that age.  Soon after they started acting and talking to one another as kids Ashley Johnson (known for her role as Patterson on Blindspot) expressed her delight at being the 15-year-old version of herself and having friends.

I still have the biased belief that people on TV are, and have always been, popular.  I have globalized this bias to my favorite voice actors on Critical Role.  The actors on the show seem to me to be very cool and confident.  Hearing them note their isolation as children was surprising.  Moreover, I felt as though with Ashley Johnson, Marisha Ray, and Taliesin Jaffe I could hear a bit of the pain that they have carried forward from their childhoods.

Being an outsider, a geek, or nerd is an isolating experience.  The pain we carry forward from that isolation is real.  We often can tell ourselves that we have recovered, that we are better, yet so easily we can revisit those past hurts.  What stood out for me when watching this episode was how meaningful it was for the players to note how they would have been friends with one another as children.  You could hear the delight as they played; saying things such as “oh we SO would have hung out as kids!” or “Why didn’t we know one another as kids we would have had so much fun!”

As an adult finding that social group you fit with is important.  We know from a psychological perspective that having a strong peer support network can be a protective factor in the prevention of developing pathology.  Too often those who are marginalized for their unique interests as children develop pathology such as anxiety or depression that can carry into adulthood.  Finding friends and spending time with them can be an important step to healing those old hurts you carry forward from childhood. 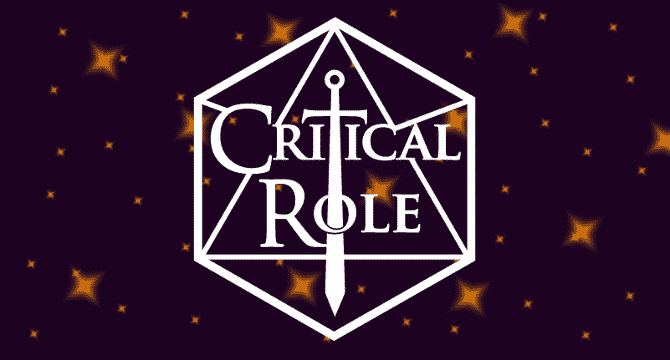 Finding one’s tribe, those people who have similar interests to yourself helps in building one’s social group.  Actively participating in a fan based community can help one find friends and experience a sense of belonging.  This is one reason cons can be such a popular destination for fans of more niche interests, such as Gen Con for fans of Table-Top Gaming, PAX for online streaming and gaming, E3 for video games, Comic Con for geek culture and so on.  These conventions provide us a venue to meet like-minded people that are enthusiastic about similar things.  At cons, those children we have inside of us that were ridiculed for their love of fantasy, or playing Halo or being obsessed with Star Wars find a place where they are accepted and even celebrated for their interests.

Finding that acceptance and place of belonging as an adult does not mitigate the hurt one can experience as a child, though it can go a long way in starting the healing process.  As I witnessed on Critical Role the pain of isolation one had as a child can carry forward in a powerful way.  I also witnessed how intentionally connecting with yourself as a child can be a form of healing.  Seeing this show I wonder how fun it could be to play a few sessions of D&D with your friends where you get to play as a younger version of yourself.  Reader, I challenge you to go out, find your tribe, and, if you are lucky enough to have a group of close friends with whom you play D&D, do a one off where you play as a level 1 kid version of yourself and enjoy being the younger you surrounded by friends who accept you for who you are.