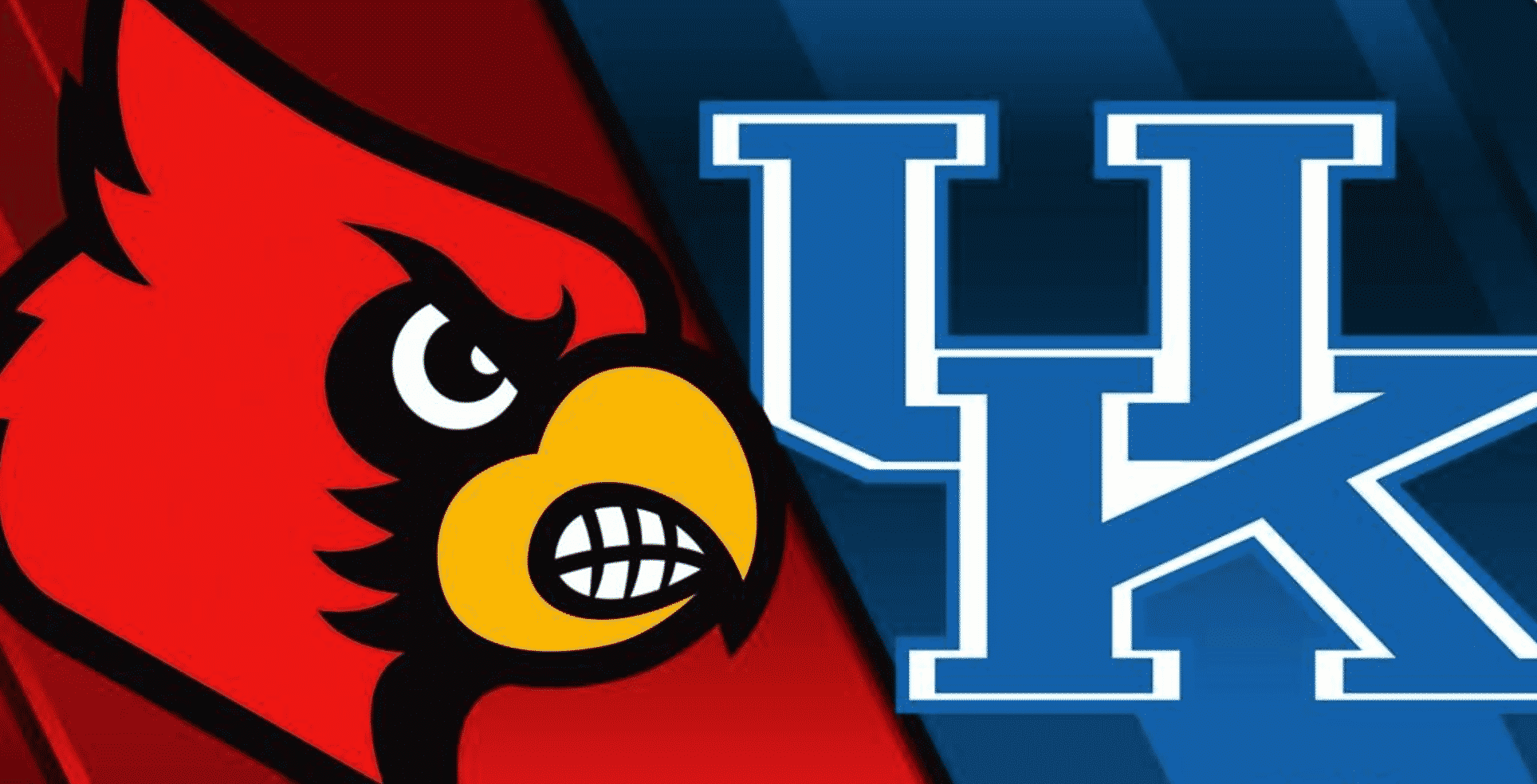 Here are my top 7 reasons why the Louisville-Kentucky rivalry is the best in college basketball:

1. They play once a year 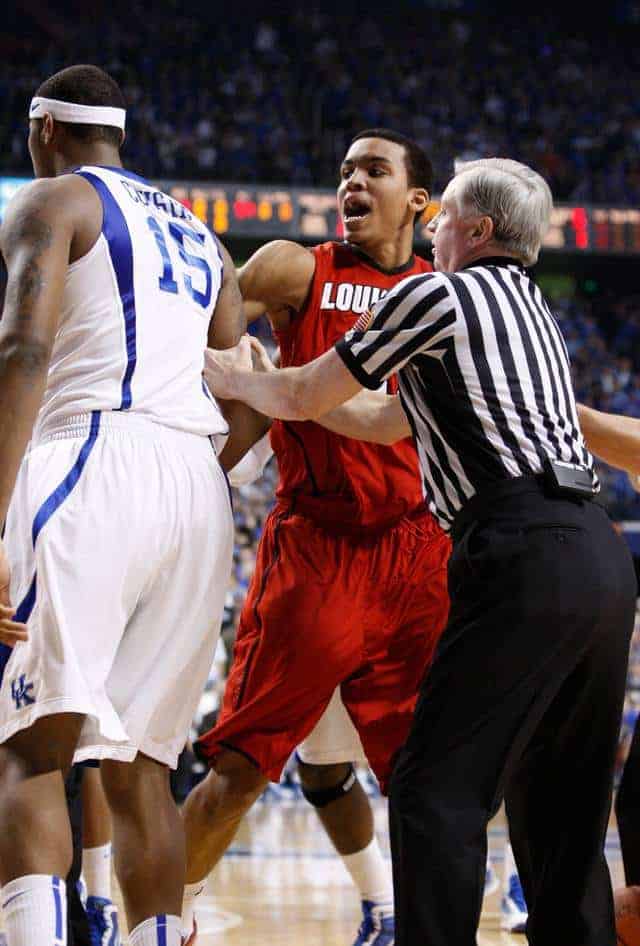 Louisville and Kentucky only get one shot at each other during the regular season. 40 minutes of basketball determines who has bragging rights for the next 364 days. The only other time Louisville and Kentucky could possibly meet up more than once in one season is if they met up in the NCAA tournament when the stakes are at an all-time high (which has happened before…read below).

2. The fans HATE each other 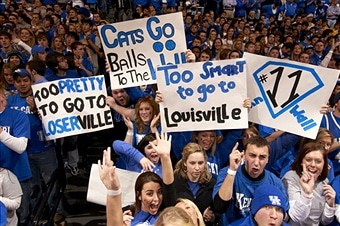 Louisville and Kentucky fans do not just dislike each other. They hate each other. And for the most part, that’s just how they were raised. Each fan base is loaded with ammunition just in case they find themselves talking about John Calipari’s sanctions or Pitino’s “stripper players.” Statistically speaking, 72% of students that attend UofL and UK are from the state of Kentucky. Only 49% of students that attend UNC and Duke are actually from North Carolina. So it makes sense that when it comes to hatred, Louisville and Kentucky fans blood runs cold. But don’t take my word for it, just ask the two old men who got in a fight at a dialysis center back in 2012.

3. The coaches HATE each other 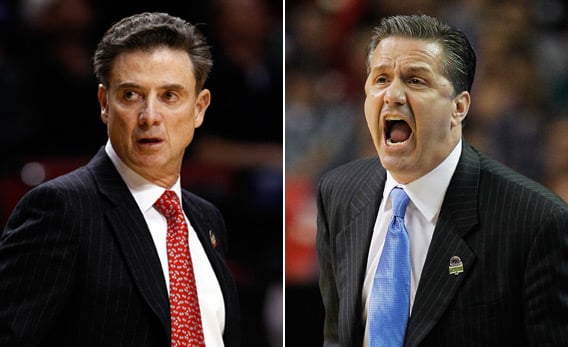 So it’s no surprise that Louisville and Kentucky FANS hate each other, but two grown men hating each other? No way?!…yes way. For those of you who don’t know, Rick Pitino (commonly known as “traitor Rick” by UK fans) used to be the beloved head coach of the Kentucky Wildcats. However, after a brief stint in the NBA, he returned to college basketball but instead of returning to UK, he went to their arch-rival: Louisville. Soon after, John Calipari became the next head coach for the Wildcats. That is when the drama ensued. Coach Cal took a shot at Pitino and Louisville when he stated that “Kentucky basketball was unique because it was the only real program in the state” but Pitino quickly fired back saying “Four things I’ve learned in my 59 years about people, I ignore the jealous, I ignore the malicious, I ignore the ignorant and I ignore the paranoid. If the shoe fits anyone, wear it.” Clearly, there is no love lost between the two.

On another note, back in 2015 when Duke’s head coach Mike Krzyzewski tallied 1,000 wins, he was honored at the Dean Dome in Chapel Hill for his accomplishment. I cannot even fathom what would happen if Pitino was ever honored at Rupp Arena or vice-versa! 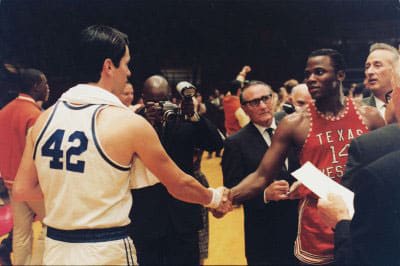 If you really want to get Wildcat fans worked up, just mention Adolph Rupp being a racist. While some may argue that he wasn’t (he was), there is no question that this was a HUGE (like Donald Trump “huge”) issue between UK and UofL. Rupp’s antics were briefly exploited in the movie Glory Road but the main point of the movie was to acknowledge that Texas Western was the first team to start five African-Americans and make it to the Final Four. A lesser known fact is that Louisville was the second program to achieve the feat.

5. No other teams to root for 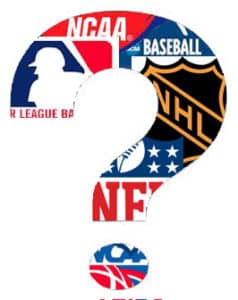 In the state of Kentucky, you either bleed blue or you bleed red. There are no other major D1 colleges or universities in the state (compared to the 18 D1 schools in North Carolina). Even if you’re not a fan of college sports, you would still be out of luck because there are no professional sports teams in Kentucky either (compared to the NFL, NBA, NHL, NASCAR, and MLL all having teams in North Carolina). While I’m not exactly upselling the state of Kentucky, it helps you understand why horses, bourbon, and basketball are a way of life there. 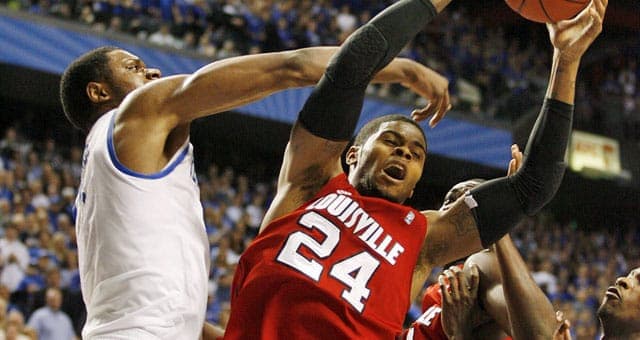 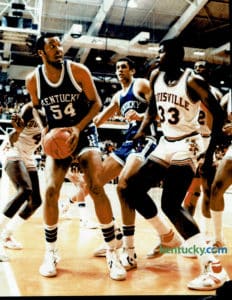 Which brings me to my final point: The Dream Game of 1983. Despite Kentucky’s disdain towards UofL, they finally met up in the NCAA tournament for the first time in 24 years. The stakes were at an all-time high. The winner moves on to the Final Four and the loser goes home. Louisville went on to win the game in overtime but Kentucky got its revenge a year later in the 1984 Sweet Sixteen. Duke and North Carolina, however, have never battled it out in the NCAA Tournament. Which begs the question: how can you be the “best” rivalry in college basketball if you’ve never experienced the pain of losing to your arch-rival in the big dance? Much like the pain I felt when Louisville lost to Kentucky in the Final Four back in 2012.

So on Saturday night when you’re listening to Dickie V. scream his head off about how the Duke-UNC rivalry is the best college basketball has to offer, just remember…it’s not.

Why I Hate Carolina and Their Fans