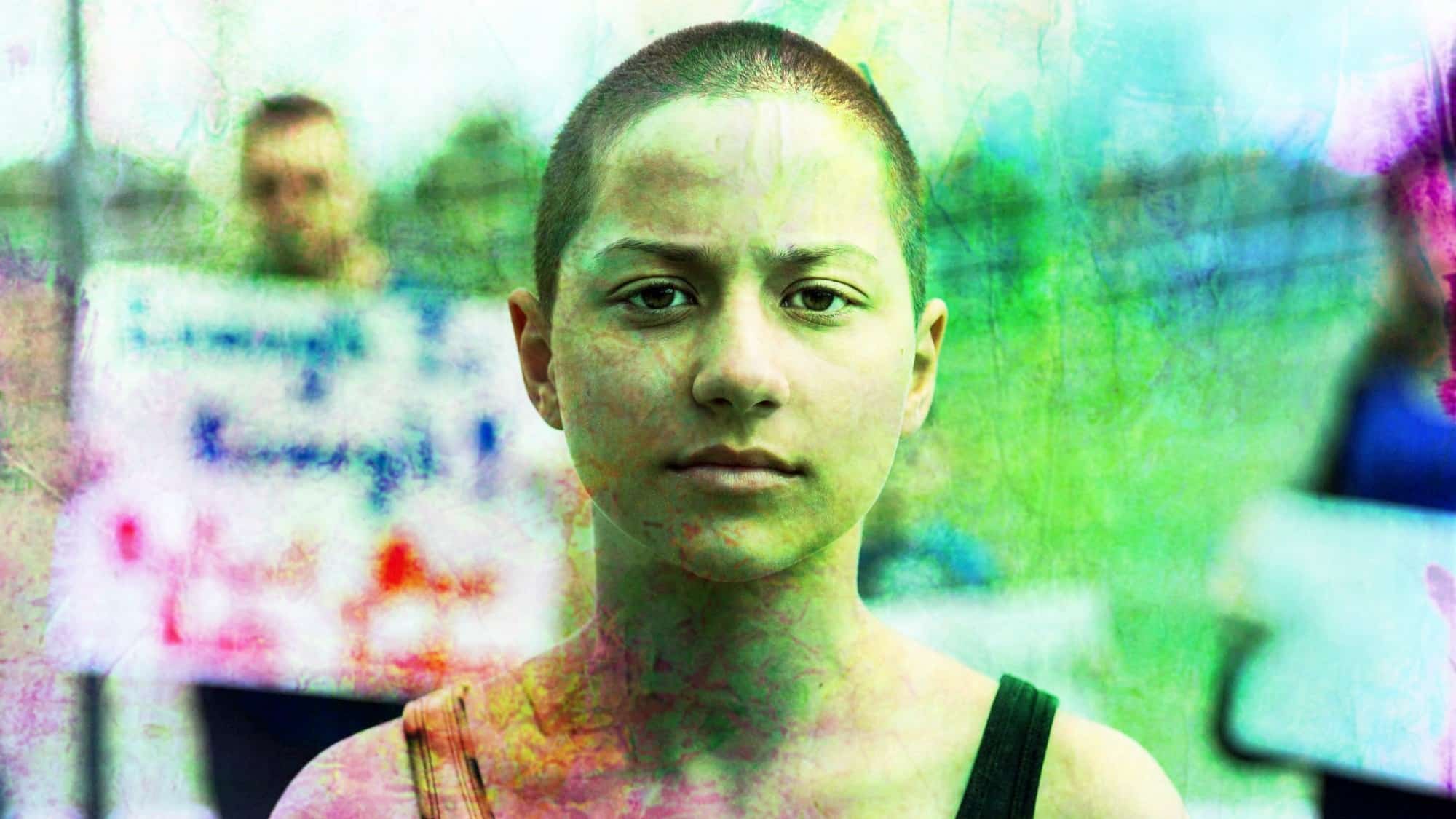 Why do some people, when exposed to a traumatic event, not develop posttraumatic stress disorder?  Maybe it’s because some folks are more resilient against trauma than they might realize. Or perhaps, some survivors of trauma experience what is known as posttraumatic growth.

It has been over one month since the tragic and senseless school shooting at Marjory Stoneman Douglas High School in Parkland, Florida.  Since that tragic Valentine’s Day shooting, many survivors, their family members, and the families of the those tragically killed have been engulfed in the grief and loss.

As defined by the Diagnostic and Statistical Manual of Mental Disorders (DSM-5), trauma involves the “exposure to actual or threatened death, serious injury or sexual violence.”

Lawrence Calhoun, Ph.D., professor emeritus in the Department of Psychological Science at UNC Charlotte, spoke with ABC News to discuss the impact of exposure to a traumatic event.  “Most of us who face a cataclysmic, traumatic event may have intrusive recollections, intrusive thoughts, nightmares, and a constellation of negative emotions,” Calhoun said.

One month after the Parkland shooting, those who continue to experience a combination of these symptoms and others after at least one month’s worth of time may meet the criteria to be diagnosed with Posttraumatic Stress Disorder. PTSD is a potentially debilitating condition that affects nearly 7 percent of Americans.

In the aftermath of the Parkland shooting, something unique and inspiring has also emerged.

A group of surviving students from Marjory Stoneman Douglas High School has not shut down or withdrawn from their exposure to trauma.  In the midst of their grief, they are rising up and speaking up to a captivated nation. These students have demonstrated ferocious tenacity and eloquence in their words and pleas for gun reform.

Research shows that most Americans will be exposed to a traumatic event during their lifetime.  So why do only 7 percent of Americans meet the criteria for PTSD? Perhaps folks are more resilient against trauma than they might realize.

Resiliency refers to all the buffers and protectors that help shield folks from the long-term, negative effects of trauma.  Resiliency speaks of a person’s ability to “bounce back” and adapt to horrific events.

When exposed to traumatic events, some people suffer while others are able to bounce back and adjust.  And then there are those who grow from the experience and rise up. This is a theory known as “posttraumatic growth” or (PTG).

What is Posttraumatic Growth?

The Posttraumatic Growth Research Group at the University of North Carolina Charlotte is at the center of the scientific study of positive growth through life challenges.  Developed by Calhoun and his UNC Charlotte colleague Richard Tedeschi, Ph.D., professor of psychology, both acknowledge that the theme of positive growth is not new.  The concept has been present in religious and spiritual traditions, literature, and philosophy for centuries.

Posttraumatic growth “is positive change experienced as a result of the struggle with a major life crisis or a traumatic event.”  This psychological theory helps explain why some people who struggle with the negative effects of trauma can ultimately experience positive, life-changing growth.

PTG explains how folks find a way to not just survive but thrive after traumatic and stressful events.

1. People who face major life crises develop a new sense and perspective on opportunities and possibilities that were not present before.

2. People who undergo traumatic experiences develop closer and deeper relationships with some people, experiencing an increased sense of connection and empathy to others who suffer.

3. Some people come out of traumatic events with an increased sense of one’s own strength – “if I lived through that, I can face anything”.

4. Some people experience a significant increase in appreciation for life in general and specifically for their own life.

5. Some individuals experience a deepening of their spiritual or religious lives.  Others can experience a significant change in their belief system.

The research around posttraumatic growth has also led to a greater understanding that the grieving process does not unfold in linear or sequential stages, but is characterized by the oscillation between different psychological states and processes.  Grief also doesn’t dissipate within a few short months, but it can last for many years. However, the assumption that the loss of a loved one inevitably produces high levels of enduring psychological distress is not the universal experience of bereaved persons.

Are resiliency and posttraumatic growth the same?

PTG can be confused with resilience, but researchers of posttraumatic growth are quick to draw the distinctions between PTG and resiliency. Kanako Taku, PhD, associate professor of psychology at Oakland University, who has both researched PTG and experienced it as a survivor of the 1995 Kobe earthquake in Japan, claims, “resiliency is the personal attribute or ability to bounce back,” while posttraumatic growth refers to what can happen when someone who has difficulty bouncing back experiences a traumatic event that challenges his or her core beliefs, endures psychological struggle and then ultimately finds a sense of personal growth.

According to Tedeschi, someone who is already resilient when trauma occurs won’t experience PTG because resilient folks are not shaken to the core by an event and do not need to seek a new belief system. Less resilient people, however, may experience levels of distress and confusion as they grapple with why the traumatic event happened to them and what it means for their worldview.

Advocacy is a common byproduct of posttraumatic growth.

Two survivors of the Parkland shooting, David Hogg and Emma Gonzalez, have become vocal leaders of the #NeverAgain Movement and the public faces for “March for Our Lives.”  Hogg and Gonzalez, who call themselves members of the “mass shooting generation,” continue to push for sensible gun legislation and take on the NRA.

Hogg told CBS News that leading the movement is helping them cope with the horrific incident at their school in which 17 people were killed. “I think this is our way of coping,” he said. 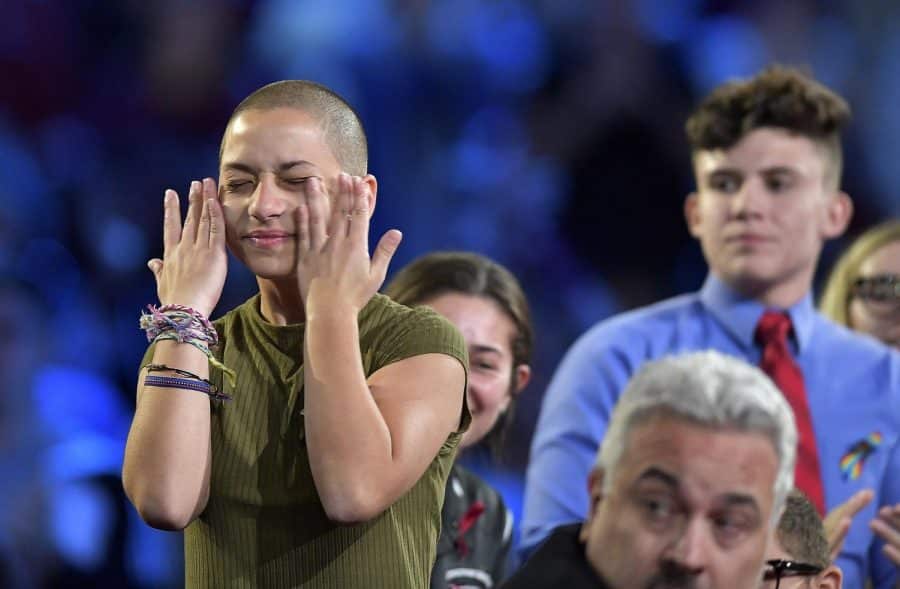 “Working together and being around our friends in such a time of horrible tragedy and suffering, and making sure that nobody else has to go through this suffering, at least try to make sure that they don’t, is our way of coping — to ensure the safety and future of many Americans.”

Turning trauma and tragedy into activism is quite common.  Mothers Against Drunk Driving was founded by a mother whose child was killed by a drunk driver.  John Walsh, the host of America’s Most Wanted, gained publicity after his six-year-old son, Adam, was kidnapped and murdered in 1981.

The crime had been the subject of the 1983 television film Adam, and Walsh’s future advocacy resulted in new legislation to protect missing children, as well as the creation of the National Center for Missing and Exploited Children.  For survivors of tragedy or trauma, they do not want their experience or the loss of their loved ones to be in vain.

[blockquote text=”In the midst of their grief, they are rising up and speaking up to a captivated nation. These students have demonstrated ferocious tenacity and eloquence in their words and pleas for gun reform.  ” text_color=”” width=”” line_height=”undefined” background_color=”” border_color=”” show_quote_icon=”yes” quote_icon_color=”#F7C520″]

For Gonzalez and Hogg, it is not clear whether their activism and methods of coping are a byproduct of their resiliency or actual posttraumatic growth.  However, both appear to meet several criteria associated with PTG. Tedeschi says there appear to be two traits that make some more likely to experience PTG: openness to experience and extraversion.

That’s because people who are more open are more likely to reconsider their belief systems, and extroverts are more likely to be more active in response to trauma and seek out connections with others.  Their age and stage of life may also play into experiencing posttraumatic growth.

Late adolescence and early adulthood is a period where youth people are developing their sense of self and determining their worldview.

Thus, they may be more open to the type of change that such growth reflects.

You are not alone.

Witnessing the grace and courage that these teenagers exhibit has inspired and emboldened the American public. They are grieving and mourning. But they also are angry and unafraid in taking on the NRA. They are demanding America wake up and stand up against nonsensical gun laws.  Thoughts are prayers are no longer adequate responses to tragedies.

Gonzalez and Hogg are among the student activists featured in the documentary “39 Days,” which airs on CBS Saturday, March 24 at 9 p.m./8 p.m. CT.

For more information and research on Posttraumatic Growth: