I appreciate the movies for what they are: pulpy, fast-paced products designed to make a quick buck. It doesn’t mean I don’t enjoy them. Spider-Man: Homecoming pulled me into seeing it twice, and Infinity War was the perfect storm that Disney executives wanted it to be.

I’m not the first to have these opinions. So many internet critics, trolls and DC fanboys have raved about the lackluster villains, poorly-timed comedy and flat music in Marvel movies.

So, why do we keep coming back to them? What Marvel magicians seduce us into buying their illusions? The answer lies inside the latest Ant-Man flick. 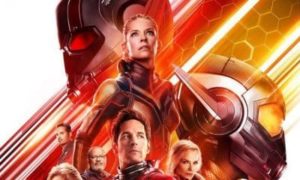 Like its predecessor, Ant-Man and the Wasp is serviceable.

The plot revolves around Hope Pym’s attempts at finding her mother in the quantum realm after she radios her location into Ant-Man’s brain. It hits all the emotional ticks to quench the critics’ thirsts and enough references to calm the fanboys (I must admit…that end credits scene got me gasping). The editing is serviceable, the writing isn’t standoffish, only good enough.

But, there were a few moments in the movie that reminded me why we keep coming back to “average.”

After eluding house arrest, Paul Rudd’s character ends up inside Hope and Hank’s (shrinkable) laboratory. When inside, the movie takes its time to show us a brief glimpse of the lab’s interior. Speckled with sheened panels and rainbow-colored lights, the movie recognizes its wonderfully-bizarre setting. Instead of downplaying it, the camera revels in the movie’s weirdness and shares a sense of awe with its audience. 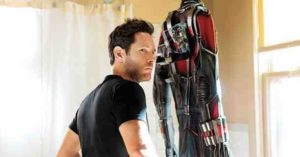 Moments like these connect the Marvel franchise with the likes of Georges Méliès and other pioneers of the silent film era. Méliès shot people from a cannon onto craggy lunar vistas. Marvel gives us life-size ants that understand human speech and can play a decent drum solo. This is movie magic at its finest.

“Awe is the unique emotion that pulls our consciousness outside itself.”

But, why do we feel a sense of awe in the first place?

Awe is the unique emotion that pulls our consciousness outside itself. Think of the “Stargate” sequence in Stanley Kubrick’s 2001: A Space Odyssey. When people experience awe, they feel small and connected to “something higher;” time slows down, and our minds seem to become what they’re observing, not unlike the Buddha sharing consciousness with birds and mountains. Those images ingrain into our identities, simultaneously ours and the universe’s. 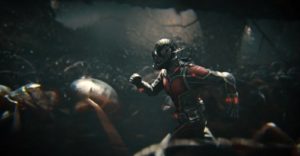 It’s odd to say that a fast-paced Hollywood product can motivate awe. Taken without context, it’s a strange and disturbing thought. And yet, when Ant-Man shrinks in size and swerves around birds and bystanders across the bustling streets of San Francisco, we share in his innocence.

“our minds seem to become what they’re observing.”

There’s a childlike wonder that stirs in us when we watch Marvel movies. All those green and orange planets with red- and purple-faced villains remind us that everything will be alright. We’re meant to be third-party observers, not first-person bystanders. Marvel movies know that they want to entertain, not enlighten. And we love them for it.

Studies have shown the benefits of experiencing awe. People become more selfless and ethical. They beget love and compassion. Our brains become focused and aware. Awe has profound effects on our mental health, and in lieu of that, I can’t believe I’m saying this.

Dear Marvel: whatever your methods, continue making movies. Ant-Man and the Wasp is a good addition to your stories. 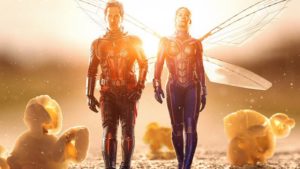 They entertain us with black-and-white villains, flashy special effects, and forgettable scores. But, we look at Iron Man’s suit or Thor’s magical hammer, and our minds wander. We forget our troubles and recognize the universe and its unknowns.

Life is easier after watching a Marvel movie.