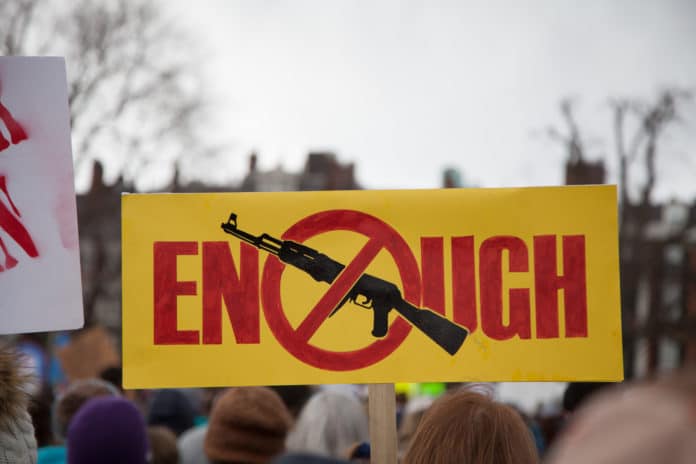 Saturday, August 3rd started off as a usual day for me—therapy sessions in the morning and then off to enjoy the weekend.

I was then deeply disturbed by some news. Hundreds of miles away from my home in Illinois, a racist man drove 9 hours to a Wal-Mart location in El Paso, Texas—my hometown—to murder people because of the color of their skin.

It took a while for the news to sink in. Once it did, I reached for my phone to text my mother and those closest to me.

Turns out none of my loved ones were grocery shopping that morning. Thank God for that. However, we all know how crowded Wal-Mart is at all times, and in a city of under a million people, you are bound to know someone who was affected by this.

As the hours went by and I received more updates, I could not help but start to rage. Is this really what the world is coming to? How can there possibly be more mass shootings in my country this year than actual days?

We are at a rate of more than one mass shooting per 24 hour period. How could this be?

While I don’t visit often and have not lived in my hometown for over a decade, I still call it home.

I consider myself a person of high resiliency—but one thought continues to haunt my mind. There was a family shopping for back to school items and the mother was shot while holding her baby in her arms, shielding him.

“Mass shootings are contagious in the sense that many shooters have admitted to being inspired by other shootings.”

The baby suffered broken bones from the fall of the mother. The baby is, thankfully, still alive, but I cannot stop and think of the mental damage this child will have to endure.

Imagine being aware that both of your parents died in a mass shooting—only because the shooter did not like their race. Your mother died shielding you and her dead body broke some off your bones when she collapsed. Parents, spouses, and children passed away that day.

My hometown of El Paso, Texas has been voted one of the safest cities in this country. On Saturday, August 3rd, 2019, all that changed.

Mass shootings are contagious in the sense that many shooters have admitted to being inspired by other shootings.

In 1999 when two boys show up their high school Columbine, Colorado, there were reports of school threats in all fifty states. Any person who has lost a loved one to mass shootings can be expected to have negative mental health effects such as PTSD, anxiety, and depression.

Not to mention anger issues, in particular, rage and resentment of the unfairness.

I often see memes that other countries post about the United States where they make fun of us and our constant need to always shoot up to something.

The memes are made to be comical—but it is sad to think that, to a certain extent, we are a joke to other people around the world.

Bullying continues to be a huge thing in most schools and it also occurs in the workplace as well. Most research shows that mass shooters have a few things in common and it begins with being subjected to violence and abuse as a child. Being exposed to trauma at a young age disturbs your way of developing and your thought process and trust in others.

Another commonality amongst mass shooters is that they had the means to do what they wanted to do. They had access to guns and weapons.

We can argue all day about the second amendment, but let’s ask ourselves this: why are we letting disturbed individuals have access to guns to begin with? Why do we pass laws to prevent women from aborting unwanted pregnancies but nobody worries about gun safety?

“Being exposed to trauma at a young age disturbs your way of developing and your thought process and trust in others.”

It is not fair that innocent people have to suffer because of the hate that a person holds inside of them.

When did we become a country of hate? What has caused a rise in violence and, more importantly, why is it getting worse? Without pointing any fingers we can think about what has changed in this country within the last years and how people, regardless of their political affiliation have all grown angrier and angrier.

I cried myself to sleep that night because all I wanted to do was grab the city of El Paso, hug it tight and say “It will be okay.” To be honest, we will be okay and we will all learn to see the positive of this. We will rise together and remind ourselves that we will never let hate win.

So, what can you do to help?

We need to stop and ask questions and pay more attention to those around us. Most mass shooters are well aware of their feelings and plans before they carry out the actions.

If you see a classmate, a neighbor, a student, a coworker, a child or anybody in general that isolates and appears sad and angry, please reach out and ask.

It takes a few minutes of your day to be kind to someone and possibly help a person turn these thoughts around. We are such a self-absorbed culture in which we worry about ourselves and the survival of the fittest.

As an individualistic culture, we need to remind ourselves that it’s okay to care about others. Once in a while, smile at someone or just ask if they are doing okay. You never know what one act of kindness can mean to a person that is in a really dark place. 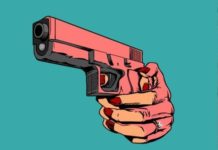 The Psychology of “March for Our Lives”