Home Articles ENTERTAINMENT Mental Illness on TV: Why Representation is Everything 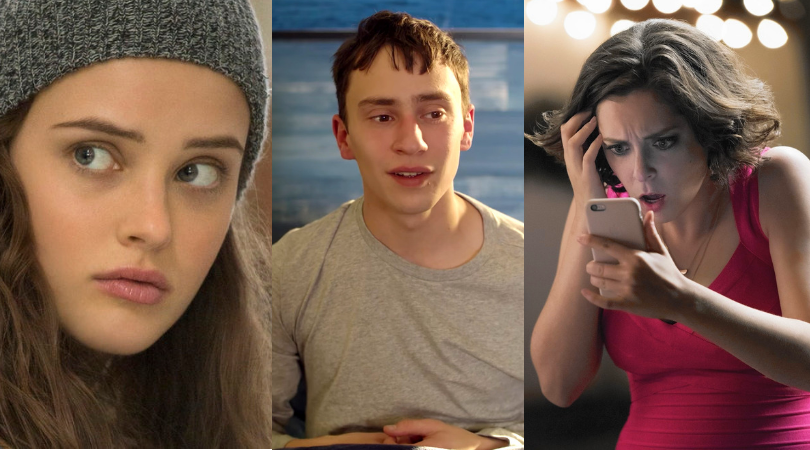 I always have mixed emotions about this time of year. I’m not a scary/spooky fan, but it’s also the time that all of the TV shows are coming BACK! September and October are great months for premieres. My struggle is that I’ve never really liked horror films or TV.

In large part, it’s because I’m not a fan of gore or intentionally frightening myself for no reason, but also because I worry that depictions of differences-from-average and disorders/disability as something to flee from supports an idea that needs LESS fuel to its fire, rather than more.

If someone is chasing you through your isolated cabin with torturous plans in mind, a level of fear is probably an appropriate response. Please run, defend yourself, stay extremely quiet… whatever it is you need to do.

But in the same way that some half-jokingly ask, “Why they gotta be black?” when, yet again, race is a hallmark feature of the troublemaking character, I want to know—Why they gotta have a craniofacial difference?

Or better yet, why they gotta have symptoms of a disorder that doesn’t often involve this drastic behavior?

Mitchell and Snyder talk about “narrative prosthesis,” the idea that disability in fiction has to serve a purpose. The NBC show Superstore, which just picked up again with its fourth season last week, gives a great example of this when one character spends their story arc in an episode trying to figure out why another character is in a wheelchair, as they have been for the entire series. The show otherwise spends very little time on this, and we don’t get (or need!) “narrative fulfillment” about it.

Disability and disorders are certainly well worth exploring in film and television; representation, done well, is essential.

The TV show Speechless, which resumed this past Friday on ABC, is in large part about JJ’s cerebral palsy as much as it’s about his family, school, and relationships. Netflix’s Atypical, which dropped its second season last month, is about Sam’s autism.

But both shows are thoughtful; both rely on real people’s sharing of real experiences, and both cast actors with the featured condition (though for Atypical, not in every role where it is depicted).

In general, the trouble with representation arises when something deemed “outside of average” gets crammed into a specific box. Authors Carrie Sandahl and Philip Auslander expand this idea in their discussion of disability in performance.

“Typical disabled characters are a familiar cast,” the authors state.

Trouble with representation arises when something deemed “outside of average” gets crammed into a specific box.

“The obsessive avenger, who seeks revenge against those he considers responsible for his disablement; the sweet innocent—otherwise known as the ‘Tiny Tim’—who acts as a moral barometer of the nondisabled; the comic misadventurer, whose impairments initiate physical comedy or whose body becomes the target for comic violence; the inspirational overcomer, the extraordinary individual who excels despite her impairments; the charity case, who elicits pity and allows others to mark themselves as nondisabled by bestowing goodwill; the freak, the ultimate outsider; and the monster, whose disfigurements arouse fear and horror.”

It’s kind of perfect that in the midst of all these shows starting up, it’s Mental Health Awareness Week.

Awareness links back to mindfulness; the idea of closely attending to your experiences. As part of honoring and maximizing this awareness week, let’s pay close attention to what we are really taking in with each new episode or film.

One of my favorite shows, Crazy Ex-Girlfriend, is back this Friday for its fourth and final season on the CW. The main character, Rebecca Bunch, has a diagnosis, but she isn’t here to inspire us, and aside from a couple of episodes as a “villain in [her] own story” and a “Scary, Scary, Sexy Lady,” she’s not here to terrify us either.

Without giving too many spoilers from the rollercoaster of the past three seasons, Crazy Ex-Girlfriend is a quick-witted, self-aware, musical show that deals keenly with mental health.

Awareness links back to mindfulness; the idea of closely attending to your experiences.

While I’m clearly a fan of the show overall, I’m continuing to challenge myself to watch it with fresh, critical eyes as it takes on new perspectives and develops its own narrative about mental health, Rebecca’s diagnosis, and the complexities of relationships of all kinds.

I issue the same challenge to you! As you’re watching your favorite fall show or Halloween movie, keep asking:

Shrink Tank’s psychological analyses and Psych Cinema video series are a great place to start, especially for horror and thrillers like “A Quiet Place” and “It Comes at Night.”

For those of us trying to make it through Halloween season unscathed, cheerier things like “Won’t You Be My Neighbor.” All the best in raising your awareness and enjoying the fall season!