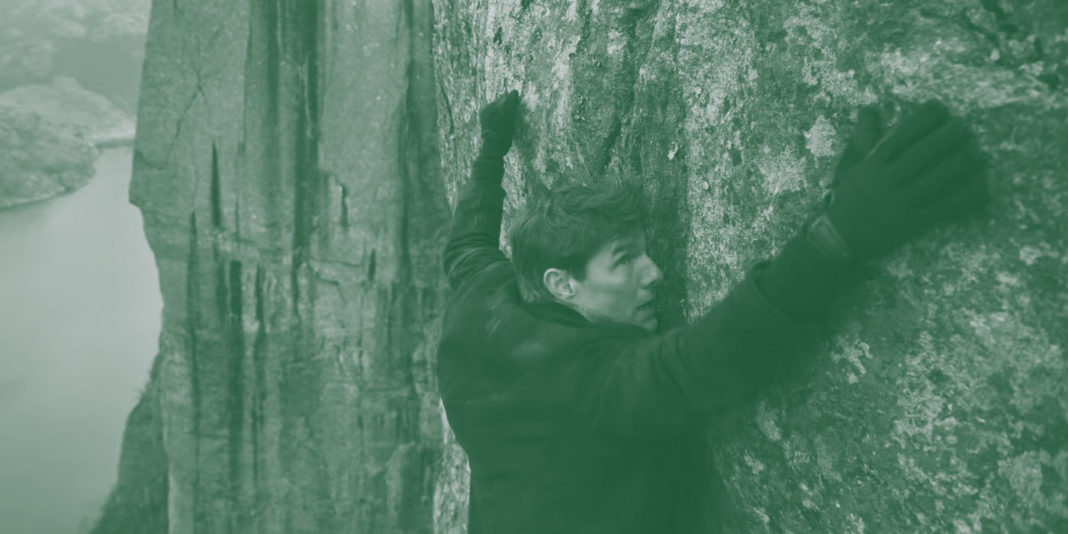 Tom Cruise’s latest installment in the Mission Impossible franchise, MI: Fallout, is a grand spectacle of a film, ripe with gritty actions sequences, mind-blowing stunt work, and a script that provides more complexity than most blockbuster franchises.

No, the story isn’t going to nab writer-director Christopher McQuarrie any major movie awards.  But I took a closer look at the moral dilemmas that Ethan Hunt faces throughout this film. The adversity and choices facing Hunt shed light on the psychology of his character.

What do you do when you have no ‘good’ option?

Alan Hunley: [to Hunt] You had a terrible choice to make in Berlin: one life over millions. And now the world is at risk.

Fallout is a story infused with “Morton’s Fork”

Morton’s Fork is a moral or logical dilemma where someone is confronted with two equally bad options. The outcome of the situation will most probably be undesirable, as there can be no good outcome from any of the choices the individual is faced with. Many people find themselves struggling with Morton’s Fork at some point in their lives.

Erica Sloan:  If he had held onto the plutonium, we wouldn’t be having this conversation.

Alan Hunley: His team would be dead.

Alan Hunley: Yes, they would. That’s the job.

Ethan Hunt finds himself having to make the following choices in Fallout. 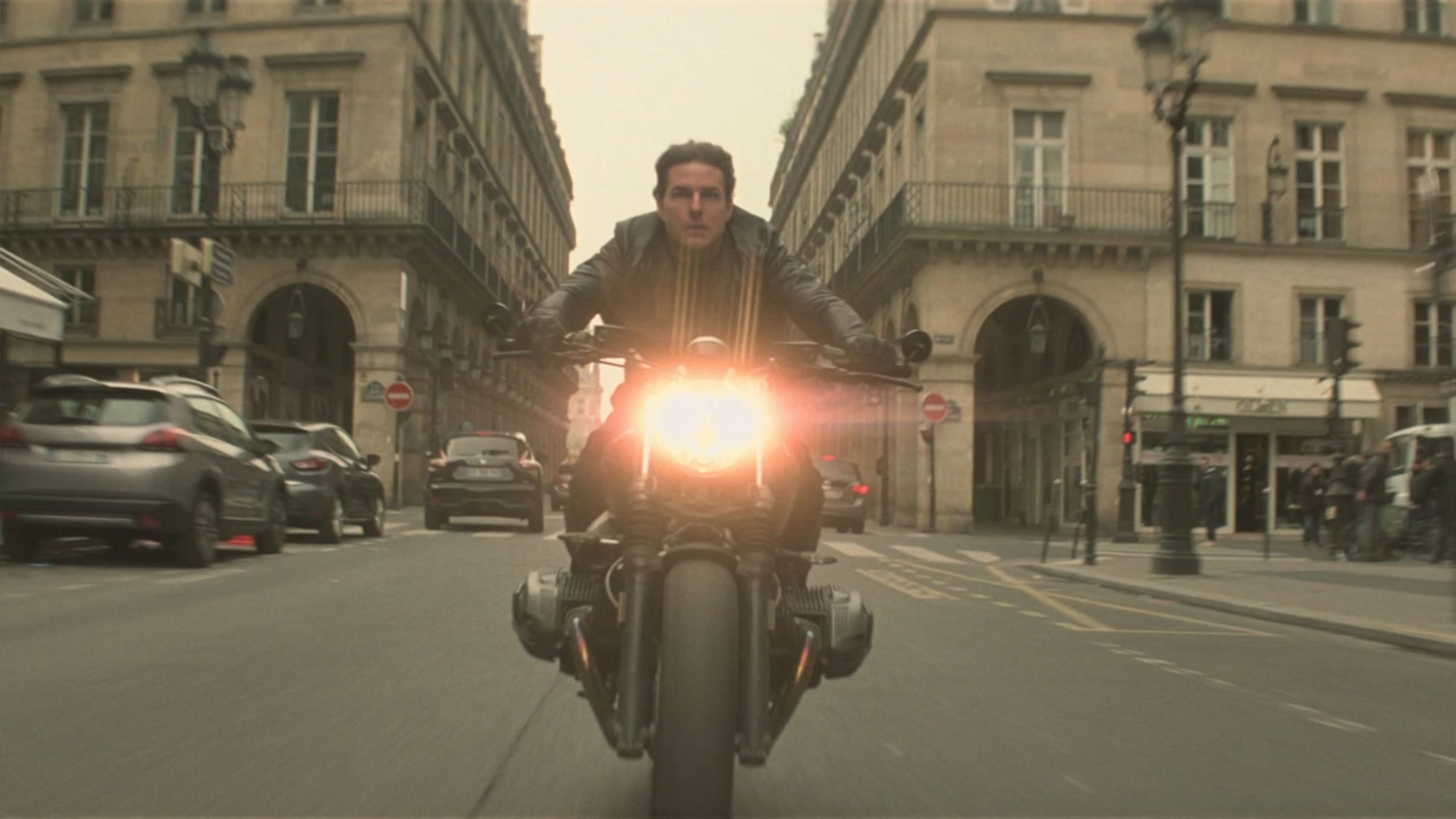 One friend vs. A million innocent strangers

In a sting operation gone bad, Ethan and his crew find themselves facing a difficult choice: sacrifice team member Luther Stickell (Ving Rhames) to prevent plutonium from ending up in the hands of terrorists, or save him and let the radioactive weapon slip away?

“The adversity and choices facing Hunt shed light on the psychology of his character.”

Do you stick your neck out for those who wish you harm?

Later in the film, Hunt is stuck with CIA bruiser August Walker (Henry Cavill). It is clear they have different approaches to their work. CIA director Erica Sloan (Angela Bassett) refers to Hunt as a ‘scalpel’ while Walker is the ‘hammer.’ Right before the two of them start their Halo jump, Walker sabotages Hunt’s air supply. Soon after Hunt has repaired his air and has started his decent, both are struck by lightning. Ethan regains consciousness, but Walker remains unconscious and unable to trigger his parachute.

Does Hunt risk his own life to help a person who just jeopardized his own safety and doesn’t trust?

Do the ends justify the means?

Hunt is soon participating in a convoluted plan to regain the plutonium by securing the release of the Syndicate mastermind Solomon Lane (Sean Harris). He is working with the arms dealer known as the White Widow (Vanessa Kirby). Her henchmen devise a plan that involves the execution and murder of all the police officers transporting the imprisoned Lane.

The film visualizes the likely outcome should Hunt agree to the plan. Will Hunt preserve his deep cover and sacrifice dozens of innocent public protectors and serviceman? Or will he balk at the injustice and put himself and his own team in jeopardy, not to mention the plutonium staying out of his reach?

Is inaction the same moral failing as an evil action?

An unfortunate circumstance finds Hunt and the IMF team crossing paths with an on-duty police officer who just happened to be at the wrong place at the wrong time. Hunt and company are escaping with Solomon Lane.  Walker is prepared to shoot the police offer. Hunt is trying to convince her to walk away. Then she is shot by the White Widow’s henchman, who is about to execute her. What does Hunt do?

There can only be one winner in this scenario 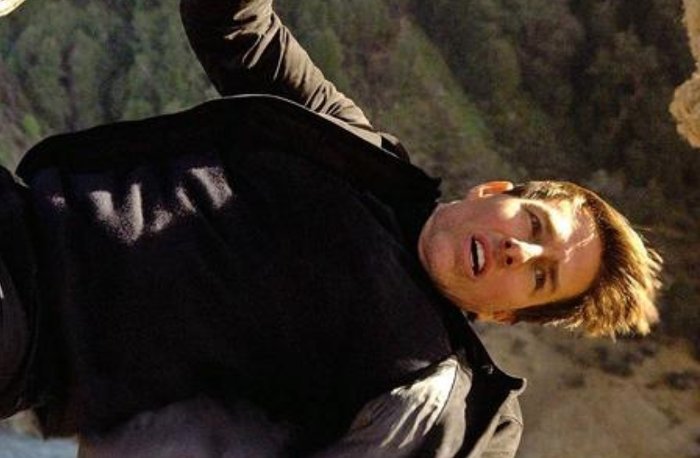 Ilsa Faust: You don’t understand what you’re involved in.

Ethan Hunt: You need to walk away.

Ilsa Faust: Please don’t make me go through you.

Ethan and Ilsa Faust (Rebecca Ferguson) find themselves facing off with conflicting agendas.  Ethan’s mission is to obtain the rogue plutonium by delivering Solomon Lane. Ilsa has been given a mission to take out Lane to prove her allegiance to the British Intelligence (MI6).  If Ilsa succeeds, the plutonium will escape Ethan’s grasp and will be sold to the highest bidder. If Hunt delivers Lane to the White Widow, Ilsa will have failed her assignment and continue to be on the run from MI6.  What will Ethan do?

Moral Growth and the Stages of Moral Development

Lawrence Kohlberg was an American psychologist who built off psychologist Jean Piaget’s theory of stages of cognitive development to identify specific stages of moral development. Kohlberg’s theory centers on the notion that justice is the essential characteristic of moral reasoning. [You can learn more about Kohlberg’s six stages in my write up on the Psychology of Rogue One.]

Kohlberg’s theory of moral development provides one possible perspective, but it relies too heavily on justice in interpreting how people make moral choices. Throughout Fallout, Hunt is faced with moral dilemmas. What informs his thinking and rationale?

Kurt Gray, Ph.D. is a psychologist at the University of North Carolina, Chapel Hill. His research and area of interest explores understanding the developmental roots of morality.  He has developed the theory of Dyadic Morality. It suggests that all of morality can be boiled down to one essential variable: perceived harm.  Dyadic Morality suggests a moral template based on two perceived minds – the agent who causes harm, and a person who suffers from it.

Gray describes in his 2016 book with Daniel Wegner, Ph.D., “The Mind Club: Who Thinks, What Feels, and Why it Matters,” moral disagreements often come down to one’s perceptions of intention and suffering.

“Dyadic Morality suggests a moral template based on two perceived minds – the agent who causes harm, and a person who suffers from it.” 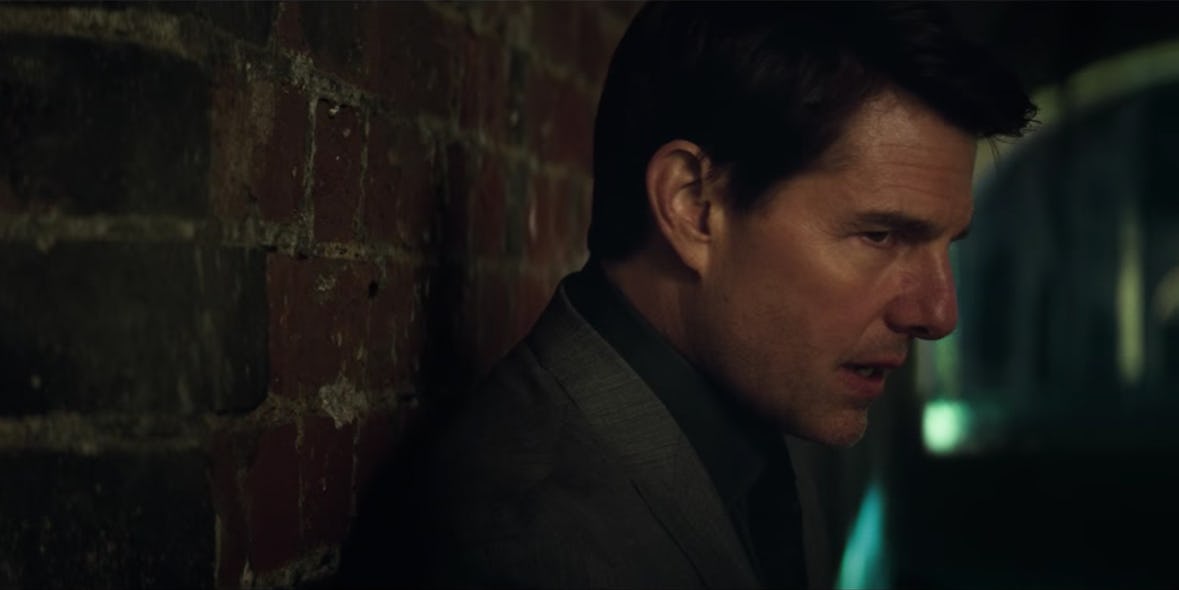 Solomon Lane: [to Ethan] Your mission, should you choose to accept it. I wonder, did you ever choose not to? The end you always feared is coming. And the blood will be on your hands. The fallout of all your good intentions.

Ethan’s actions consistently show him enacting harm on wrongdoers while facing the fallout of his choice.  Inaction that leads to innocent casualties is unacceptable to Hunt. His guiding ethic appears to be: ‘no innocent bloodshed’ as a result of his actions or inactions.

When Do People Help? What is bystander intervention in social psychology? The study of the psychology of bystander intervention has led to an understanding of the processes that often prevent witnesses to an incident from offering needed assistance. The bystander effect is a phenomenon in which a witness or bystander does not volunteer to help a victim or person in distress. Instead, they just watch what is happening.

Ethan Hunt shows he cannot be a bystander in the face of imminent harm or injustice.  The risk of an atomic attack is future-oriented and hypothetical. Ethan’s inaction will not immediately result in that consequence.  However, Luther will most certainly be killed if Ethan does not act to save his life.

Hunt’s risk calculation is not “the needs of the many outweigh the needs of the few.” He operates with the mindset of “the threat before me takes precedent over future threats.” In Ethan’s mind, the only certainty is the threat he’s facing in that moment.  All future consequences are hypothetical. They haven’t occurred and therefore can be altered or prevented.

Alan Hunley: Hunt is uniquely trained and highly motivated – a specialist without equal – immune to any countermeasures. There is no secret he cannot extract, no security he cannot breach, no person he cannot become. He has most likely anticipated this very conversation and is waiting to strike in whatever direction we move. Sir, Hunt is the living manifestation of destiny.

Ethan Hunt, and I suspect Tom Cruise, place a high premium on their internal locus of control.  There is no external circumstance or situation that overpowers his capacity to act and change the scenario.  Hunt doesn’t believe he’s powerless. He doesn’t subscribe to an ‘external locus of control’ where his decisions and actions have little to no power over events in his life.

An internal locus of control is one of the hallmarks of resiliency. And resilient people see themselves as being in control of their destinies – they don’t view themselves as victims.  A victim is powerless. A victim is a bystander in the face of a threat to another.

Alan Hunley: Accept it, Ethan. You’ve lost this one. What’s done is done.

That Hunt succeeds in saving the day while preserving innocent lives may be the most implausible phenomenon about Mission: Impossible – Fallout. But in an era where moral ambiguity and antiheroes are all the rage, there is something refreshing about Tom Cruise’s character.

Whether he’s facing impossible missions or choices, Ethan Hunt continues to defy the odds and engineer an outcome that doesn’t betray his country, his moral convictions, or his team members.