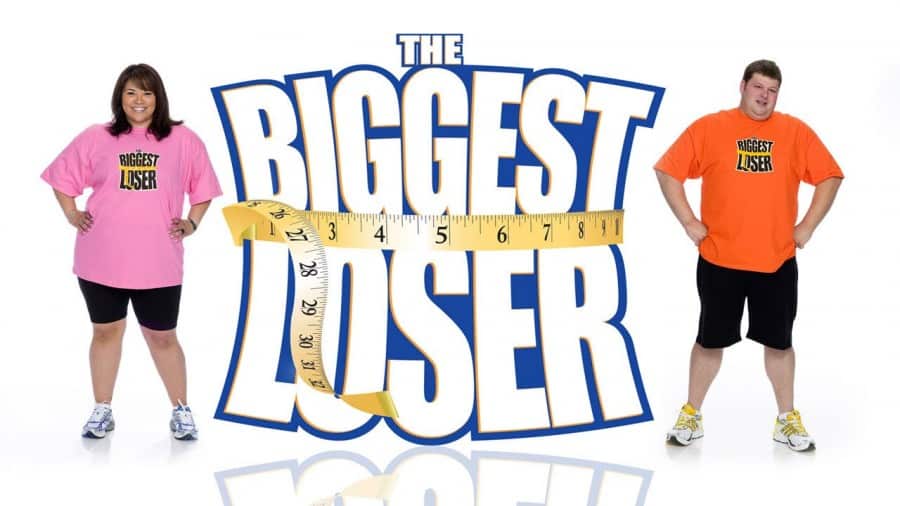 Why NBC is The Biggest Loser: The Proof is in the Pudding

‘The Biggest Loser’ is most easily recognized as a show that quickly whips overweight contestants into shape and dangles a large cash reward in front of their noses. This television show has not only sparked a concern about a potential to trigger eating disorders but recently contestants stepped forward and discussed an apparent use of diet pills and illegal drugs being used in the show to speed up weight loss.

Additionally to this drama, NBC has been taking a lot heat for “body shaming” individuals and on July 12th they officially cracked and canceled the show. There are many controversial and debated topics when it comes to The Biggest Loser and how it may have an effect on its audience. Are the producers of The Biggest Loser conveying more negative messages than positive?

Cool as a Cucumber

Producers obviously thought this show would be a hit, and it was (at first). But why do people enjoy watching others get yelled at due to their weight and forced to do crazy amounts of exercise along with a very limited diet? For entertainment? Motivation? Some people would sympathize with them of course…

Competition on television shows can cause investment; you begin rooting for someone and when they win there is even a possibility you look up to them for it. Everyone has something that reels them in; whether it is American Ninja Warrior or Cupcake Wars or America’s Got Talent.

Does this mean that some viewers who consider themselves overweight watch this show to get in shape?

The benefits of this show are built on inspiration and motivation. Weight loss at a heavier stage as presented in ‘The Biggest Loser’ can be intimidating but may cause viewers to relate to and feel inspired by a competitor on the show. Feeling encouraged by contestants, therefore, could give someone that extra push to throw the junk food in the trash and get to the gym. 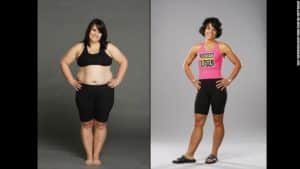 Let’s start with the brain. Mentally, there is a lot encompassed with this show. The reasons for which people decide they need to lose weight is just the beginning. How they are affected by negative criticism, how they view their body image, how very intense exercise affects them and how they deal with setbacks, and much more, are hoops these competitors will have to jump through. One reason many contestants choose to take part in the first place is that they think losing weight will change their life for the better and make the problems they may have, go away; but that is never the case.

If you’re trying to love yourself, losing weight is only a small component of that process. The same goes for life. Losing weight and living healthier may produce positive changes in your lifestyle and routine, but it cannot be the reason for overcoming all difficulties.

There is a potential for psychological effects to become long term after participation on the show. Contestants have come forward and said that after participating and then leaving the show, many end up getting divorced, feel post-traumatic stress, or even gain all their weight back.

Friends and family will either resist you or accept you after dramatic weight loss and more people resist than you would think. Being received negatively after trying to do something good for yourself and your health can be detrimental. 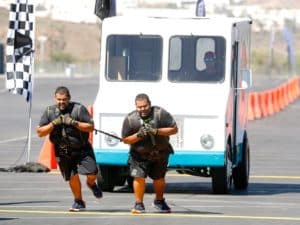 Most of us can agree that there are healthier ways to lose weight that will then also stick with you for the long run and offer you a routine that you can maintain. Taking part in such rapid and drastic form of weight loss does not offer sustainability a whopping 50% of the time. The difference between those who can keep it off and those who cannot is their reason for losing it in the first place. Did the contestants take part to win the cash prize or did they truly desire a healthier lifestyle change? This motivating force can then also piggyback on the amount of or intensity of mental health effects that stick around after participating in the show.

You are What you Eat

A contestant that decides to take part on The Biggest Loser most likely made the decision to apply on their own, meaning they wanted to either lose the weight or they wanted to get the CA$H (and had some weight to lose). Either way, you’d have to be convinced you could ‘potentially’ win. Therefore, even though having mean things said to your face, especially about your body can be very hurtful, I like to believe that these contestants went into the show knowing that this could happen. That certainly does not make it okay to yell at someone on TV about how “fat” they are. Thinking poorly of one’s 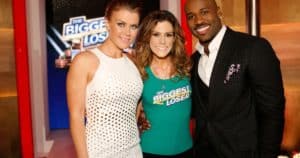 Viewers watching this show from their living room, wondering if they should go to the gym the next morning, are not going to be able to achieve the same results as the contestants on The Biggest Loser. Losing double digits of your pounds every week is unhealthy and unlikely, and normal people (those not on a TV show with nutritionists and doctors and trainers) cannot reach the same goals. This conveyed perspective from the audience is unhealthy, as through work, having a family or kids, it would be impossible to reach the results in the same amount of time and transform themselves or their lifestyle the same way as the contestants on The Biggest Loser have. 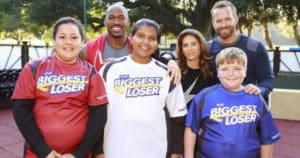 …concerning the alleged use of diet pills and illegal drugs. This makes the show fake. Fabricated.  Production would be considered fabricated if the contestants weren’t actually losing the weight by themselves and the process was sped up to fit the timing of the show. Anything illegal is of course condoned and it makes sense that previous contestants would speak out about such controversial matters once off the show. Since drugs of any type can also harm the bodies competing, this issue is a dangerous one. The show is now “less fun” to watch considering the competition part would no longer be accurate and partly irrelevant. Between danger, illegality, and falsification, there is a good reason for the show to be canceled over such claims.

FAT SHAMING! BODY SHAMING! Let’s explore how problematic these are on The Biggest Loser as many viewers and ex-contestants believe them to be so. First, we must determine where the line between “body & fat shaming” and condoning unhealthy behavior or lifestyles is.

Morbid obesity is a serious health concern in which additionally to a BMI value surpassing 35 or 40, high blood pressure or diabetes is an issue. Body shaming is never acceptable, but should *helpful* advice or constructive criticism perhaps be offered or even encouraged to lengthen the lifespan of an individual suffering from obesity? It is in their best interest… 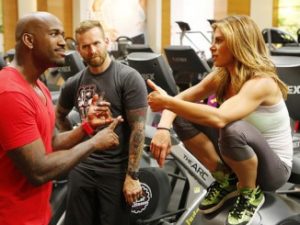 If a viewer is offended by The Biggest Loser because they consider themselves to be overweight and feel as though they are being body shamed and compared to contestants on the show, is it acceptable to say that these viewers should take what is said on the show into consideration? Possibly as positive criticism or advice and an opportunity to live a better or healthier lifestyle?

What may fall under the category of body shaming on The Biggest Loser could be an individual that put him or herself on the show to simply lose some weight and live a better life but with motivation to do so. This individual, like some contestants we’ve seen in the past, isn’t necessarily morbidly obese but wants to be healthier. Though you, as the viewer may be healthy, you now find you need to lose weight because of the person on the show that is being yelled at about *their* weight, even though they are not considered at risk of death. This could be a much bigger problem, construing the idea that we need to be a certain size, not necessarily just healthy, that is “acceptable” in society today.

This Is Us Mid-Season Review: “Things Not Said”