The reboot of Full House called Fuller House is ready to drop on Netflix with most of the original cast, sans Olsen Twins. This isn’t the only old TV show that is new again. There are several other reboots in the works, either proving we have a deep love for nostalgia or Hollywood has truly run out of ideas—or maybe a little of both.

Here are several old series that are getting revived:

Jack Bauer’s out, but Straight Out of Compton’s Corey Hawkins new hero, Eric Carter is in. Same real-time format. (FOX)

Nearly all the original cast will return for four 90-minute episodes that take place during a different season of the year. The show’s creator, Amy Sherman-Palladino, returns at the helm. (Netflix)

Different cast, but same premise. This one features a younger MacGyver who uses chewing gum, a ball of yarn, and a wristwatch to blow the door off of a safe. Or something like that. (CBS)

The original stars, Wentworth Miller and Dominic Purcell, return to break out one more time. (FOX)

A full fifty years after the original series, the show will be rebooted with a new cast and characters. (CBS)

David Lynch once again brings us the spooky, creepy cult classic with much of the original cast returning. (Showtime)

So, which show are you most likely to watch? Vote below and we’ll give you the final tally in a future article: 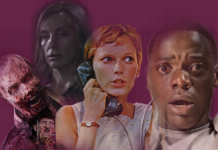 What Type of Horror Fan Are You? (QUIZ)