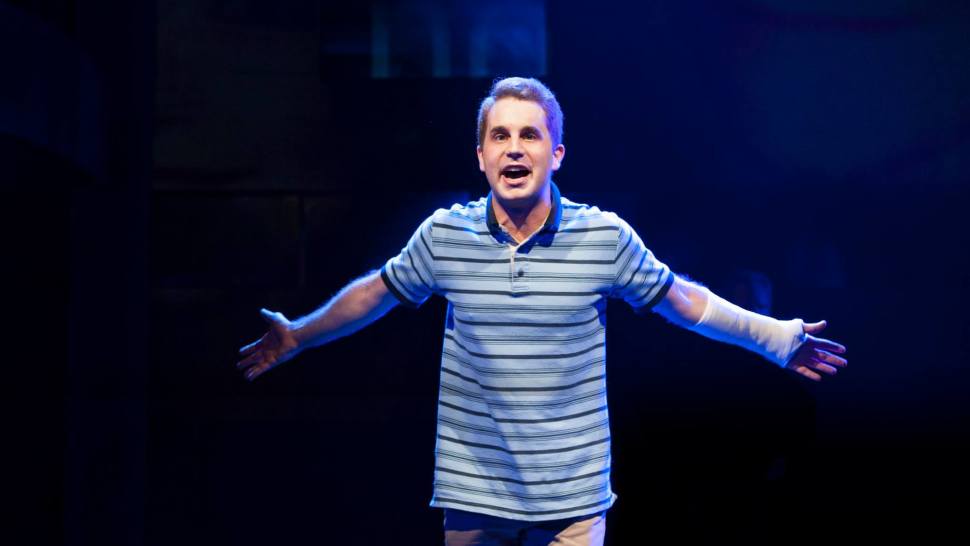 I chose my college partly for the reputation of its psychology department but mostly for its musical theater emphasis. For four years, I studied my heart out by day and sang my heart out by night. I always considered the psychology and musical theater parts of my brain to be completely separate. Until 2008, that is, when I saw Next to Normal, a musical about a woman struggling with Bipolar Disorder.

As I watched, I saw my two worlds collide in epic, Tony-winning fashion.

Next to Normal is an unflinching account of a woman’s Bipolar Disorder and the impact that it has on her husband and children. As you can imagine, Next to Normal is not one of those kick-up-your-heels musicals where colorful costumes and elaborate sets abound. Instead, against a stark, dimly-lit backdrop, it tells a detailed story about a woman’s long-term struggle with mental illness and the struggle her family endures right along with her. The psychiatrist plays a central role in the narrative, and there are extensive discussions about the pros and cons of different treatment options, including a song about Electroconvulsive Therapy (“Aftershocks”).

The musical does not end especially happily.

A History of Mental Health in Musicals

Before Next to Normal, subtle portrayals of mental illness were typically the provenance of straight plays. When musical theater characters experienced mental health issues, they usually did so in broad, flashy, complete-meltdown fashion. Think “Rose’s Turn” in Gypsy, Mama Rose’s big showstopper number, where she enacts—what, exactly? A psychotic break? A manic episode? Whatever it is, she takes gigantic bites out of the scenery as she falls apart over her own faded showbusiness dreams.

Other musicals mentioned mental illness in passing, without specifically addressing it. One example that comes to mind is Miss Saigon, which features a character, Chris, who is a Vietnam veteran. In “I Still Believe,” Chris’ wife seems to suggest that Chris is suffering from PTSD. She sings that he is having recurrent nightmares, and at one point dramatically belts:

There is nothing to fear

Won’t you let me inside

What you so want to hide?

I need you too!

But that’s where the discussion of PTSD ends. Similarly, She Loves Me presents a character’s suicide attempt and subsequent hospital stay without much explication. I’ve always found it to be a very odd detour from what is otherwise a lighthearted romantic comedy.

“Musical theater is now known as a viable medium for normalizing and humanizing those with mental illness.”

There are also those musicals where mental illness and/or substance abuse is played for comedic effect. There’s a character in A Funny Thing Happened on the Way to the Forum, Hysterium, who, as his name suggests, acts in a nervous and frenetic manner and sings a song called “I’m Calm” (spoiler alert: he’s not). While I’ve never seen Anyone Can Whistle, I’m told the show takes place in a “Sanitorium” called “The Cookie Jar” and the plot involves the “insane” inmates getting confused with the “sane” townspeople (begging the question of who is really sane, and who isn’t).

And what about Miss Hannigan’s drinking problem, or Nathan Detroit’s gambling problem?

A Portrait of Bipolar Disorder in Next to Normal

Given how mental illness had historically been represented in musicals, you can imagine my shock when I saw Next to Normal. Here the mental illness WAS the musical, not a side detail or a gimmick played for laughs.

I don’t believe Next to Normal is a completely accurate representation of life with mental illness. I remember sitting in the audience and thinking that some of the psychiatrist’s treatment recommendations were outdated and that ECT was given an unnecessarily bad rap. But it deserves praise for painting a nuanced portrait of mental illness and inspiring empathy both for the mentally ill mother and for her family members.

Here theater was about so much more than entertainment; it was a vehicle for challenging long-held stigmas about mental illness and inspiring a dialogue around sensitive issues that for years had largely been ignored. 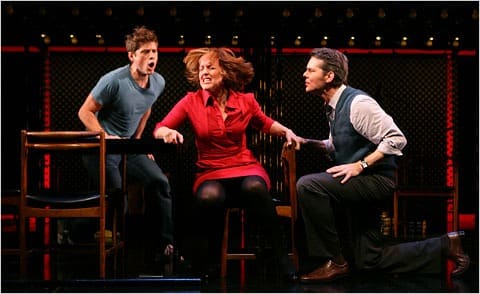 Next to Normal opened the door for other musicals aiming to deal candidly with mental illness. One exceptional example is last year’s Tony-winning Best Musical, Dear Evan Hansen. Evan Hansen tells the story of an anxious, isolated teenage boy and the lie he concocts in the wake of another student’s suicide. Desperate to make social connections and belong, Evan creates a fake friendship with the suicide victim, which sets off a course of events with far-reaching consequences.

Evan is never given a specific DSM-V diagnosis; we don’t know whether he has Social Anxiety Disorder or Generalized Anxiety Disorder or OCD. What we do know is that he feels alone, he is anxious about many things, and he sees a therapist who encourages him to write daily notes to himself (hence the title) as a coping strategy. In “Waving Through a Window,” Evan describes the anxiety and isolation he feels:

On the outside, always looking in

Will I ever be more than I’ve always been?

‘Cause I’m tap, tap, tapping on the glass

Waving through a window

I try to speak, but nobody can hear

So I wait around for an answer to appear

Waving through a window

Dear Evan Hansen has struck a chord with teenagers, creating legions of adolescent fans (my 16-year-old niece among them). A piece featured in Time last year discussed Dear Evan Hansen’s huge online following, noting that “Fans post about how it changed the way they see anxiety and depression in themselves and others.” The piece also described how the show helps parents better understand their social media-obsessed children.

The Message of Hope in Musicals

Dear Evan Hansen is not a cheery musical. Things don’t necessarily go so well for Evan. But a central theme, captured in the awe-inspiring Act I finale, “You Will be Found,” is that even if you are suffering now, there is hope for you, and you will eventually find support and a community. As a psychologist who sees firsthand every day the devastating consequences of ignoring mental health issues, I cannot underscore the importance of a piece of art like Dear Evan Hansen, which serves to destigmatize mental illness and inspires teens to reach out for help.

Thanks to Dear Evan Hansen, Next to Normal, and others (Spring Awakening, Fun Home), the divide between musical theater and psychology, so vast when I was a college student, is no longer present. Musical theater is now known as a viable medium for normalizing and humanizing those with mental illness.

Proving what we theater geeks have always known: that musicals are about a whole lot more than just tap dancing. 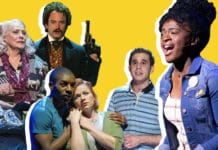 A Psychologist’s Praise of Kelly and Ryan