Nowhere in this article will you see his or other names.

Again an unimaginable tragedy strikes while lawmakers stand by and allow killings to continue. Of course this is gun legislation, but more importantly, this is mental health.

In most shootings, the murderer is described as an isolated individual who is angry, bullied, and a loser who plays too many video games. Rock music, video games, and drugs have all been elevated as scapegoats to explain away the horrible tragedies of mass murder. The Columbine shootings were attributed to two loners with no friends who killed because they were bullied.

The media got it wrong then, but will they get it wrong now? 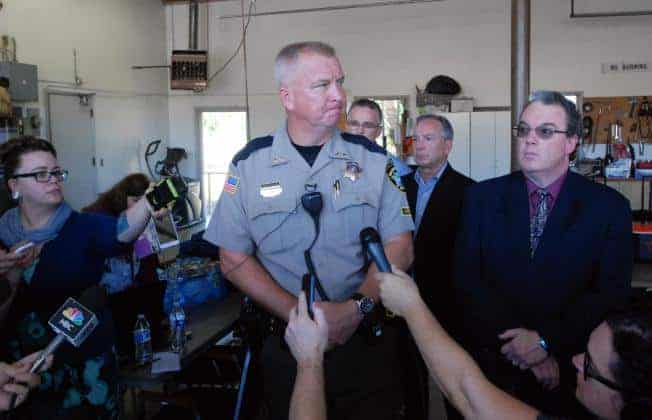 It seems the media jumps to conclusions for ratings or to be the first to the story. There was no “Trenchcoat Mafia” at Columbine, and one of the Columbine shooters actually had a date to his Prom. The shooters had friends and were smart. And video games were not the cause.

Mental health has been identified as the major factor in these and other killings,
such as the midnight Batman shooting.

The scapegoat is Asperger’s. And Asperger’s has NOTHING to do with it.

Society’s stereotype of an Asperger’s individual is one who is isolated, obsessed with video games, wants no friends, and dislikes people. They are considered to be introverted, rude, and weird. Society banishes them to the geeky underworld which is obsessed with Comicons. They are to be made fun of and marginalized. To society, due to lack of understanding and education, Asperger’s is a disorder. Someone “HAS” Asperger’s rather than “Is” Asperger’s. And a group of people who are not understood are to be mistrusted and ultimately feared.

The Reality of Asperger’s

People who ARE Asperger’s (Aspie for short) are nothing short of amazing. Asperger’s is an identity. The Aspie mind spans a multi-millennial bridge from Sir Isaac Newton and Einstein who gave us the equations for gravity and the theory of relativity to the master builder at Lego and the creators of Apple and Microsoft. Pop culture artwork could never have occurred without the art of the Aspie, Andy Warhol. An unimaginably long list of innovations and the reimagining of our world continues because of the Aspie mind.

Aspies tend to be highly intelligent and possess an obsessive interest or focus which allows them to hold their focus for hours and hours upon end. Aspies tend to be literal and justice oriented. An Aspie’s biggest difficulty is how to process and respond appropriately to social communication which is primarily nonverbal in nature.

I am a psychologist, and Asperger’s is my specialty. I describe the Autism spectrum as The Lemon Continuum (©2007). Imagine a glass of water, a glass of water with a side of lemon, lemon flavored water, lemonade, a lemon, and a lemon farm. The Lemon Continuum is less and more but not bad. How much lemon is in the water helps one understand where an Aspie may fall on the “Lemon Continuum.” An example of a “lemon farm” individual would be Sir Isaac Newton or Andy Warhol, while lemonade is the actress Daryl Hannah or the pro surfer, Clay Marzo.

Asperger Syndrome was first recognized as a “syndrome” in the 4th edition of the Diagnostic and Statistical Manual of Mental Disorders (DSM-IV). Asperger’s was first clinically noted in 1944 by pediatrician, Hans Asperger for whom this mind is named. While still hotly contested, the 5th edition of the Diagnostic and Statistical Manual of Mental Disorders (DSM-V) removed the term Asperger’s and instituted the “Autism Spectrum” with graded levels of severity. Most people who are “on the spectrum” identify with the term, “Aspie,” and do not consider themselves as disordered or having a syndrome. Therefore, on some level it is good news that Asperger’s is no longer called a disorder, but unfortunately the DSM-V has made it much more difficult for people on the spectrum to get support. What the committee on the DSM-V failed to recognize is that all the luxuries of their lives stem from what they consider a disorder. The very computers with which the DSM-V committee used to “delete” Asperger’s would not exist without Asperger’s.

I am writing this article on a mountain in Western North Carolina. Along my rural passage up to my mountain retreat, I passed two roadside flea markets. Leading up to each one were painted, homemade signs reading, “Guns For Sale, Ammo.” I’m sure I could’ve pulled over and bought an arsenal of weaponry. Free access to deadly weapons is a problem across our country. Easy availability of weaponry has to end. But gun control or enforcement will absolutely not solve the issue of mass murder by the mentally ill. 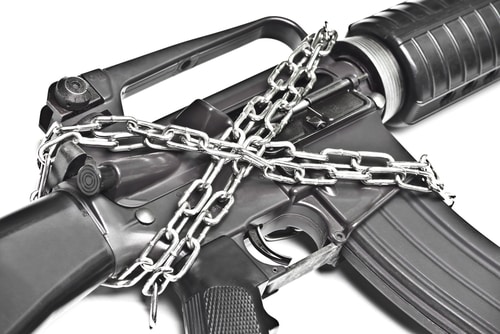 The Oregon murderer, whether he was an Aspie or not, clearly struggled with isolation, the divorce of his parents, and an extremely unhealthy relationship with his mother who appears to also struggle with mental illness. And by mental illness, I do not mean Asperger’s. By mental illness I suggest she suffered from stress associated with raising a developmentally challenged child, a divorce, and a lack of access to mental health services which she needed to support her. In my readings about her and her relationship with her child, it would seem she had exceptionally unhealthy boundaries and very little knowledge of how to meet the needs of her son.

A system of family illness, a lack of access to high quality mental health care,
bonded to the access to easy weaponry allows for massacres.

In both the Connecticut shootings as well as Oregon, the murderers mothers attempted to reduce all change and disturbance in her son’s life “entirely through hypervigilance and management of his symptoms.” This according to a report from November, 2014 by the Connecticut Office of the Child Advocate. Building a cocoon around someone to prevent distress is no way to address the realities of life. And in the process of trying to provide a “safe and stress free world,” the mothers removed their sons from society and denied the reality of their deterioration. Their own belief systems supported a distortion of reality. In the case of Oregon, the killer’s mother rejected help or at least denied the reality of her son’s severe needs. Her son devolved into the dark recesses of the internet and obsessed over mass murder. According to one article, “Before the shooting, he lived in virtual social isolation, spent months in his bedroom with the windows blacked out, and communicated with his mother only through email.”

It has been reported that 8 guns were in the apartment and
another 6 were found at the school where he killed 8 students and a professor.

The murderer’s mother appears to have been obsessed with weaponry and was against gun-control. On one website she wrote, “I keep two full mags in my Glock case,” and “No one will be ‘dropping’ by my house uninvited.”

A Call to Action

Asperger’s does not equal violence. Asperger’s should not be an explanation or a scapegoat. Without Aspies you would not have been be able to read this article because the internet would not exist without the Aspie mind.

For all my Aspies, I help them understand this strange world called Earth upon which they reside. I often use an analogy in which I suggest my clients have been dropped off on Earth by a spacecraft. Having been dropped off, they have lost contact with their home world. This concept of comparing themselves to an exploring alien unwillingly dropped off on a highly socialized Earth resonates well with my Aspies. Humans have a hard time understanding those who are different. Different often means bad. My Aspies have a hard time navigating the social world and disguising themselves in order to blend in.

With this model of being different and feeling alone or unsafe in mind, my main job in life is to help find these young aliens, introduce them to other aliens, and assist them in building their own Neurotribe (Steve Silberman). The goal is to keep them safe from the humans and give them skills until they are able to live successfully. Learning about the humans, understanding them, and celebrating the neurodiversity of our differences is the key.

The problem of massacres is comprehensive and requires a comprehensive solution. The solution involves parenting support for those with mental difficulties as well as support and encouragement for those online who know of online threats and those who express isolation, frustration, aggression, and threats against others.

We need to be a society of support and openness. Families of the mentally ill often suffer alone through isolation and misunderstanding. This isolation breeds mistrust, paranoia, and fear. 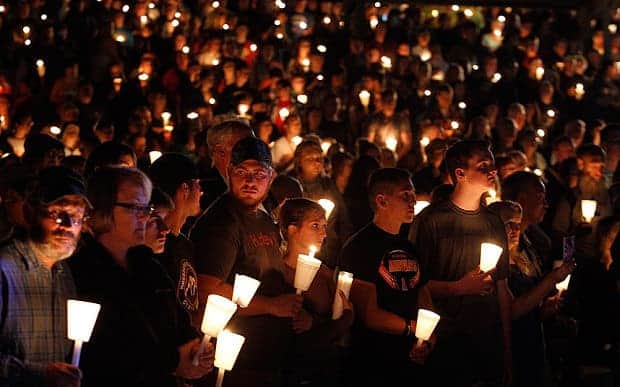 A mother of a 13-year-old son suffered from mental illness. Her young son actually pulled a knife on her and threatened to kill her and himself. The mother said services for mentally troubled children are inadequate, and insurance carriers often won’t pay for such services. Her son was later diagnosed and treated for bipolar disorder. Prior to such a diagnosis, her son was misdiagnosed multiple times, and she struggled to find appropriate residential services for him. “From a mom’s perspective, we end up living in shame and silence,” said the mother. She continued, “You’re basically hiding, because you’re isolated.”

I am writing this article out of frustration and hope. I love my Aspies. Asperger’s is a more highly evolved brain for sure. And when I hear such a mind maligned it makes me crazy mad. Socializing differently does not mean wrong. Massacres are not about Asperger’s. These deaths are about complicated and long standing mentally ill individuals and families. These deaths will not stop without legitimate emphasis on mental healthcare, gun law enforcement, and reform.

Asperger’s is the future. Asperger’s is a more highly developed mind. They are not murderers anymore than humans are murderers. Oregon, we are with you and hurt for you as well. And Asperger’s is not the reason.