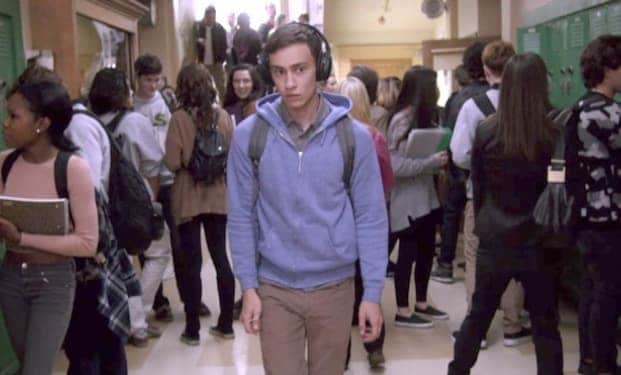 Netflix’s Atypical: A Mental Health Expert Analyzes The Portrayal of Parenting on the Spectrum

Even before Netflix’s Atypical, there have been many shows that attempted to portray autism.  Some have been serious, like The A Word which follows a family dealing with their youngest child being diagnosed with autism. Others were more unrealistic such as the 2012 Sci-Fi Drama Touch starring Kiefer Sutherland that portrays a non-verbal autistic boy with savant-like abilities that help him predict the future. To debunk that myth, only a small percentage of the population with autism is considered a savant.  The estimated prevalence of savant abilities in autism is 10%. The most common forms involve mathematical calculations, memory feats, artistic abilities, and musical abilities. And of course, the very popular Parenthood. As an expert on parenting on the spectrum and as a parent of a child on the spectrum, I could not wait for Atypical to come out and to see how they would depict parenting when you have an older child with autism.

Letting Go of the “Little Boy”

In the show, Sam’s mother, Elsa, is having a hard time with the transition of her son from boyhood to manhood. This change is something that can be difficult for both parent and child. Elsa can’t seem to understand why Sam is relying less on her for guidance while attempting to become more independent. As a parent of a child with autism, I can absolutely identify with this. Letting go and allowing your special needs child to become more independent is something that you want as a parent but also fear. This fear is not caused by a lack of confidence in your child, but more due to past experiences that were unsuccessful. With each year that goes by, I find myself having a hard time letting go of my role and involvement with my son’s life.

Marriage on the Spectrum

Atypical shows the communication between Doug and Elsa revolving around autism and Sam. Elsa and Doug’s marriage is struggling and is plagued with issues intensified with a negative pattern of communication. The show did not do a good job covering all the real problems that a marriage can endure with having a child and parenting on the spectrum. Instead, they took a turn and threw in infidelity which in my opinion only added drama. The cheating plot I felt was more for dramatic effects and did not capture a real-life scenario. Having a plot around financial strains and cost of having a child on the spectrum would have been a more realistic take on the marital conflicts that most, if not all, families on the spectrum deal with daily. In fact, conversation over finances did not even occur in any of the episodes. 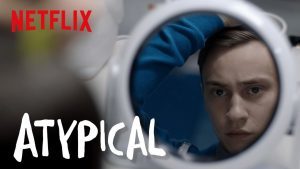 When your child is diagnosed with autism, all of the sudden you become an advocate. Not by choice, but by necessity. When you take on that title, you also take on all the responsibility that comes with parenting on the spectrum. But at what point do you stop being their advocate? Elsa fights to figure out who she is and her new role in Sam’s life. Her identity is tied to Sam and autism. Identity is something that we all struggle with; however, the removal of Elsa from Sam’s life is unrealistic. When you have an autistic child, you become their constant one that cannot be so easily replaced. There is a shift that occurs, from a parent of a child with autism to a parent of an adult with autism. The natural character plot development would have been for Elsa to become more involved with Sam’s passage into adulthood. Or become more present and overly concerned with Sam’s sister, Casey. Elsa and Casey’s relationship has lots of conflicts, as a parent, you would to naturally nurture one while the other is deteriorating.

Sam’s father, Doug, has an interesting role within the show. Doug and Sam’s relationship has always been rocky since his dad is shown to have a hard time relating to him. However, with this new interest in girls, Doug discovers a new bond with talking to Sam about a romantic relationship.  Their friendship and connection grow stronger through adulthood issues.  A common phenomenon I see with my clients is as the child leaves the day to day management of behavioral and emotional needs, fathers can relate and identify with their son’s predicaments easier than they were able to do before.

Atypical is a humorous take on autism and Dating. The interpersonal relationship between parent and child is somewhat accurate yet lacking depth. There are many intricacies that involve the parent child relationship when it comes to autism including; denial, anger, frustrations, joy, remorse, disappointment and parental expectant just to name a few. Overall Atypical was good; As a parent of an Autistic child, I did enjoy it. The comedic aspect was quite uplifting.  Overall, Atypical did make a good attempt at covering humor and autism but I think screenwriters would benefit from more work on portraying the parenting aspect. I am available if they need recommendations for Season 2.