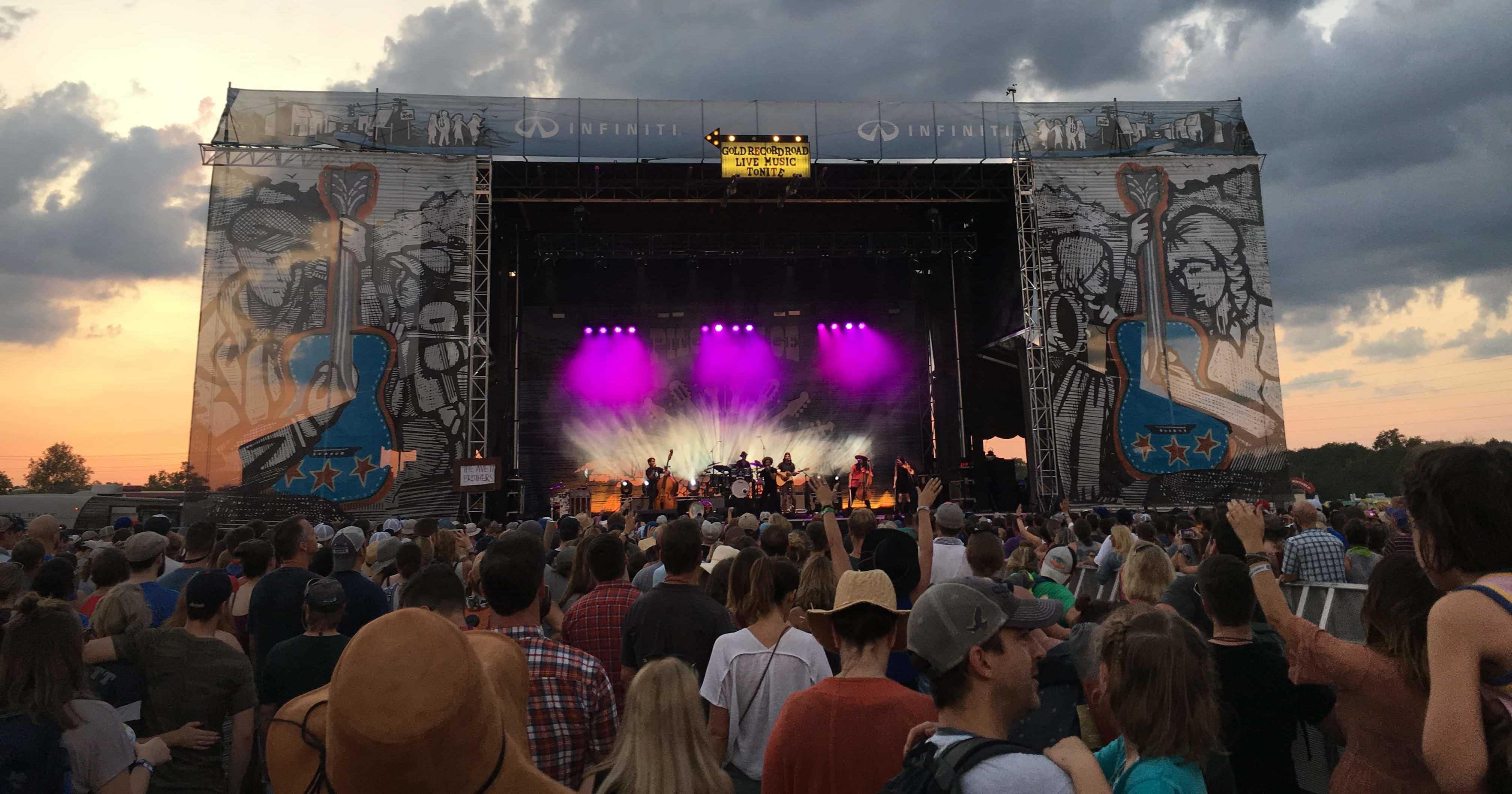 Just south of Nashville in the hamlet of Franklin, the little town that has been named one of the best places to live in the U.S., there’s a beautiful new tradition called the Pilgrimage Music Festival. In only three years, the event has emerged as one of the best music festivals in the country.  The brainchild of Kevin Griffin, himself a local musician, the two-day celebration is just a few blocks from downtown Franklin, one of the quintessential Southern downtowns with ice cream shops and a town square and local eateries buzzing with live music most nights.

The Pilgrimage festival itself features six stages, including a small Lil Pilgrims Stage for kids. Spread out over a 230-acre farm recently acquired by the City of Franklin, there are nearly 60 musical acts ranging from jazz to alternative to rock to pop. Despite being there with 27,000 of your closest friends, it rarely felt uncomfortably crowded. The big acts were staggered between two huge stages facing open fields and allowed people to either migrate back and forth or camp out in one spot in an expansive field.

The lineup of acts was extraordinary with Day 1 featuring Better Than Ezra, Gary Clark Jr., The Avett Brothers, and Justin Timberlake, among many others. Day 2 offered Eddie Vedder, Ryan Adams, Mavis Staples, Fitz & the Tantrums, The Revivalists, and dozens of other acts.

Arguably the highlight of the entire event came on Saturday night. After the Avett Brothers gave a spectacular performance, the sun was beginning to set, the temperature dropped, and the crowd shifted to the larger field to await Justin Timberlake. He began with no less than 16 musicians and backing vocalists on the stage, giving his set a full, rich sound. Like the others before him, the Memphis boy fully committed to the crowd in his new adopted hometown. There was no sense that anyone, including Timberlake, felt too cool for the giant room. Instead, we saw an energetic, full-throated, beautiful performance. Two-thirds through with the farm now under a night sky, JT brought out Chris Stapleton for a few songs. Their work together onstage was transcendent, perhaps the best moment of the entire festival. Timberlake’s closing run of some of his most famous work—SexyBack, Can’t Stop the Feeling, Mirrors—was so strong it couldn’t help but win over even the most cynical. As a veteran of more than 200 concerts, his set earns a spot among the best five I’ve ever seen.

As a psychologist, Pilgrimage did what live music has the potential to do so well.

[blockquote text=”It brought people together, moved them emotionally, connected them together, and gave them a sense of joy. There are few collective experiences that can do this as well. It’s rare when it happens so perfectly.” text_color=”” width=”” line_height=”undefined” background_color=”” border_color=”” show_quote_icon=”yes” quote_icon_color=”#f7c520″]

Pilgrimage was an unqualified success. The stages and vendors and food stations were perfectly laid out. The shows ran on time with a precision that is rare in outdoor events. The performances were uniformly good. Only the aspects that were outside of their control—I’d dial the temperature down by about ten degrees and make the traffic flow out a little better—needed some fine-tuning. The Pilgrimage music festival itself was a genuine pleasure. It earns a solid A.