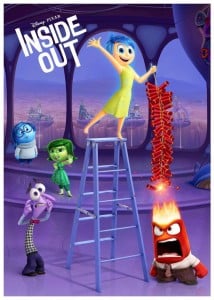 Disney’s Pixar Films have a longstanding history of teaching lessons or sending messages, both subtle and direct in their films.  In their latest film, Inside Out, Pixar has taken a big leap into the world of emotions.  Gone are the subtleties and mere hinting at highly emotional themes.  Now we get to peer directly into the minds of the main characters, a little girl and her parents, and see their emotions in action.  And these emotions aren’t just the feel-good, positive emotions. We see a wider spectrum of feelings on display.  So why take this more direct approach now?  Could it be that we as a society are finally ready to dive into the world of emotions and truly talk about how we are feeling and how our children are feeling? Is it becoming more socially acceptable to acknowledge feelings?

I think that we as a society are ready now to talk about emotions in a way that we never have been before.  Take social media for instance.  People are sharing their feelings with 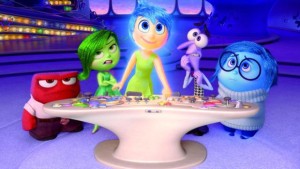 the world through their Facebook, Instagram and Twitter accounts. We now are privy to more information about the emotional lives of people that we know as well as those that we don’t personally know.  The current generation of parents is a group that is used to seeing some public proclamation of other people’s emotions, and maybe even their own, on a daily basis.  In my opinion this is what makes a more direct, feeling-centric movie more palatable to many families.

“Many parents…feel guilty if they think they aren’t doing all of what they possibly can to make their child happy.”

Our society also tends to be more child-focused now than in the past, which lends itself to talking about the emotional state of children.  Parents tend to be more aware of feelings in general these days.  Parents structure their evenings and weekends around soccer matches, Boy Scouts and gymnastic meets.  I know many parents who feel guilty if they think they aren’t doing all of what they possibly can to make their child happy.  We want our kids to be happy and we are willing to talk about it and try to work it out if they are not.  Inside Out tackles emotions, such as sadness and fear, which have traditionally been less socially acceptable to discuss publicly.

I am looking forward to taking my 6 year old to see this movie.  I want her to know that it’s okay to talk

about her feelings and to be sensitive to other people’s feelings as well.  I hope Inside Out is a springboard for many families to openly discuss the wide range of emotions we all experience.