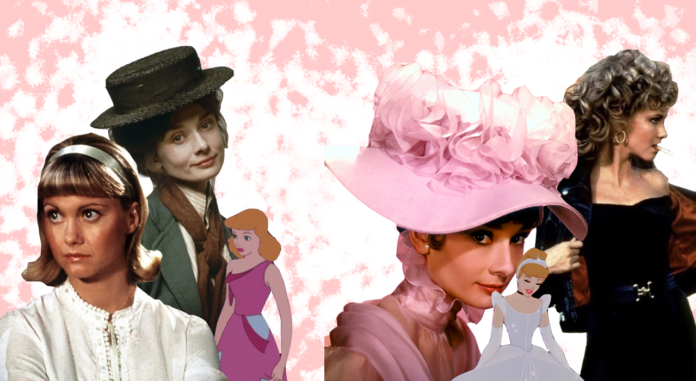 In the age of social media, appearance amongst young girls has never been more important. Instagram likes have replaced face to face compliments and act as the ultimate confidence boost; Snapchat enables you to filter your face beyond recognition and the up and coming TikTok app allows teenagers to flaunt their looks to the world.

A recent trend dominating TikTok shows young users in their apparent ‘ugly’ state (often with the stereotypical messy hair and glasses) only to transform into glamorous versions of themselves. The intrigue surrounding a good transformative makeover has existed in pop culture for a long time, with film playing a major role. However, these movie makeovers may be sending harmful messages.

Feminist writer Joel Gywnne claims that “the makeover paradigm can be understood as toxic due to both its promises of (false) empowerment and its ubiquity.” So, does film really have a negative impact on how we perceive female appearance?

Can a makeover really help solve your problems?

Let’s start with the Disney classic Cinderella, a film loved by many young impressionable girls, just beginning to understand the concept of ‘beauty’.

Similarly to the TikTok trend, Cinderella undergoes an enchanting makeover which acts as a major turning point and unsurprisingly correlates to her change in luck. As authors Elizabeth Ford and Deborah Mitchell suggest, Cinderella’s before and after “fits her transition from poverty and servitude to wealth and position.”

In addition to this, the importance of her transformative appearance is emphasized when Cinderella immediately catches the eye of Prince Charming based on her glamorous look—despite barely speaking a word.

This is a stark contrast to her interestingly named ‘ugly stepsisters’ who never get a shot at romance or redemption.

Joel Gywnne argues makeover films are guilty of “centralizing feminine transformation as a means of attracting male attention.” Films targeting a young audience can send dangerous underlying messages that beauty is a key component in finding romance and subsequently gaining the ‘happy ending’.

Of course, Cinderella is not the only culprit to push this flawed message.

The much-loved Grease is iconic in many respects, but should the final makeover be one of them? Let’s be honest, before Sandy’s transformation she was a little beige—a master of the goody-two-shoes act.

Miraculously, all it takes is a perm, tight leather pants and some makeup to transform her into a cool and confident woman who enjoys the occasional cigarette.

It’s true that Danny also (slightly) changed his appearance to be with Sandy, yet it’s unrealistic to suggest that all the problems within their relationship could be solved due to a simple makeover.

The transformation may also convey the unreliable message that it’s healthy and advantageous, even, to revamp yourself in order to impress others rather than being your authentic self.

It’s not just romance that a decent makeover can supposedly get you. According to mainstream film, being beautiful undoubtedly leads to popularity.

Let’s take another classic—My Fair Lady. The focus of the film highlights the transformation of Eliza’s accent, but apparently with great pronunciation comes great looks. Eliza is first seen as a grubby homeless woman who yearns for a better life.

Upon receiving a classy makeover, she is launched into high society, attracting admiration for her beauty along the way. Her increasing popularity even leads to her meeting royalty, in which the enamored prince asks her for a dance. Yes, her speaking was very eloquent, but how much did her elegant makeover and looks play into her popularity?

Popularity and good looks also seem to go hand in hand in the popular comedy Clueless.

Despite the obvious comedic irony, appearance is highly valued throughout the film and is key to Cher’s popularity. When the new girl Tai turns up with somewhat scruffy clothes and disheveled hair, she’s immediately taken on by Cher as her new ‘project’. Cue the trendy makeover, and just like that Tai is thrown into popularity, even threatening the position of Cher, Queen Popular herself!

With a new group of friends and admiration from the boys, it seems like a stylish new outfit and chic hairstyle is the key to popularity.

This mirrors the harsh world of social media with the stereotypical ‘beauty’ typically getting the most attention through likes and followers. 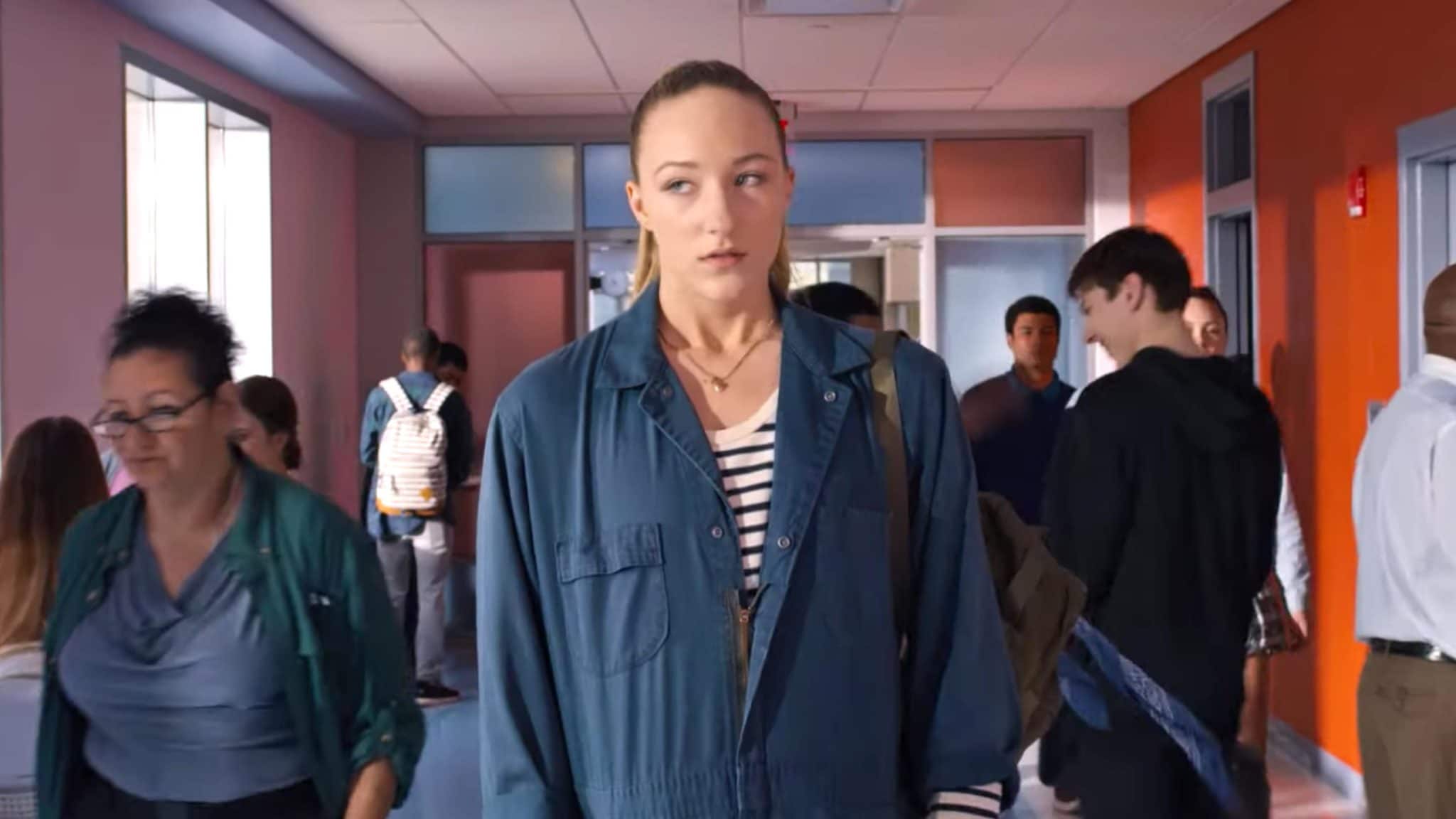 Tall Girl is yet another coming-of-age film that also highlights the importance of appearance in relation to popularity. Jodi is a pretty miserable 16-year-old girl who consistently faces torment and rejection throughout her school life due to her above average height. This is a stark contrast to her beauty queen sister who’s only problem seems to be her allergies.

Furthermore, Jodi is rejected and mistreated by her dream guy in favor of the ‘hottest girl in school’. The bullying and anguish throughout the film perfectly demonstrate the image-obsessed and perhaps superficial world of adolescence.

Professors Suzanne Ferriss and Mallory Young point out that often ‘superficial changes are signs of internal moral transformation’. It is both unfortunate and telling that Jodi only appreciates her inner self-worth after her physical makeover.

These films promise us popularity and romance, but appearance may also help to open doors in the professional world.

The Devil Wears Prada mirrors the drama-filled and often problematic fashion industry. Ferriss and Young also outline the importance of fashion when it comes to defining, or redefining, who you are. ‘Fashion is championed as a means of self-transformation offering pleasurable possibilities for trying on roles – or even forging a new identity.’

The movie demonstrates this through central character and PA Andy, as it shows that prior to her fashion-forward makeover, she was not taken seriously by her colleagues or her tight-lipped boss.

A few adjustments to her appearance and some celebrated weight loss, naturally meant a dramatic turning point for Andy. Suddenly, she manages to gain respect from her superiors as well as being given more opportunities to succeed. This clear surge in respect after altering her appearance completely serves to undermine Andy’s natural talent and work ethic. It’s also a stark reminder of the expectations surrounding women’s appearance in professional environments.

It’s true that many of these films ultimately aim to convey the message that beauty exists from within and it’s what’s inside that matters most. However, is the makeover in fact necessary in gaining this self-awareness?

Media professor Melanie Kennedy states, ‘without such a process of transformation, the girl’s true self would never have been revealed’. Therefore, it’s evident that many of these makeover movies place a large emphasis on appearance, clearly using it in connection to popularity and romance which ultimately leads to self-love.

In reality, most teenagers battling through adolescence will understand that ‘what’s inside’, may only get you so far.

In addition to the popular film, the importance placed on appearance over character is further perpetuated through image-obsessed apps such as Instagram and TikTok.

So, what is the real message young people are taking from these movies and how can they both apply and connect it to their reality? Express the beauty within or rely on appearance to get ahead?