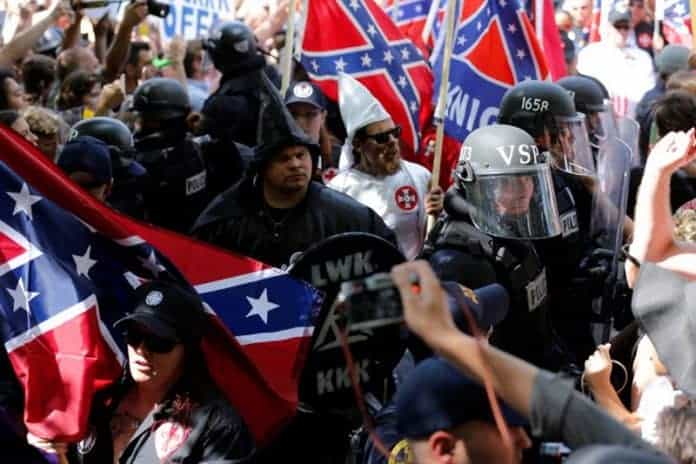 The Dangers of Us vs. Them

An exploration of the human condition using psychology and popular media.

This past weekend we saw both some of the best in humanity and some of the worst play out in Charlottesville, Virginia. Our country seems to become more and more divided as we create a greater feeling of “Us vs. Them.” We see it in how our news tends to no longer be neutral, how so many of us live in social media echo chambers where we only interact with those that have opinions that reflect or complement our own.  We can see the trends of becoming more and more closed off from the group of people labeled ‘other.’ It is incredibly easy for us to fall into the trap of looking at horrible behavior and labeling that person, or group of people, as ‘other’ and noting that we would never do such things.

The truth is that we have more in common with that group of others than you would like to admit.

Human beings are complicated. Our behaviors are driven by personal desires, physiological needs, fears, and pressure to remain part of a group. Having a sense of belonging, a place we feel safe and secure helps form our identity. We will give ourselves and others labels to help us understand where everyone fits in our idea of the world. Such labels can range from the culture you identify with, to your favorite sports team. While we are willing to see ourselves as being complex we do not often afford that luxury to those we place in the ‘other’ camp. For example, while we might be forgiving to ourselves for being in a bad mood due to not sleeping well, seeing someone else in a bad mood might elicit the thought “what is their problem?!”

In the late 1990’s I saw an interview of Dr. Maya Angelou on the Today Show. At the time of filming something horrible had happened in the world, where one group of people was being horrible to another group of people. When asked about the incident, Dr. Angelou noted that anything another human does, for good or ill, you have the same capacity to do as you too are human. She noted that to say “I would never do that” takes away the humanity of the person who did the action. What we need to say instead is “I hope I am never driven to do that.” Allowing a person, as horrible as their actions are, to still be seen as a human helps us to stop putting them in the category of ‘other.’ Seeing people as being complicated can perhaps allow us to experience the compassion that can help us, and potentially others, grow.

(In writing this piece I looked to find a video of this interview and was unable to do so, yet I did find this clip of Dr. Angelou discussing how what one human does you have the potential to do as well.)

Historically, we have seen the dangers that come from seeing people as being ‘other’ rather than being human. From Nazi Germany to Apartheid in South Africa, when we deny the humanity of others, people will do horrible things to one another.  Continuing to see people, even those treating you poorly, as humans can allow for powerful and lasting change to happen. Nelson Mandela’s book Long Walk to Freedom discusses his own challenges with seeing others as human. He discusses working to see his guards, not as inhuman others, but as humans who needed to learn and grow.  Part of what made Nelson Mandela such a remarkable person was his ability to see others as being human.  Even when he had the power to do so he did not deny rights, even to those that made his life miserable for over 20 years.  He seemed to understand that people are complicated and gave others the freedom to be complicated.

"No one is born hating another person because of the color of his skin or his background or his religion…" pic.twitter.com/InZ58zkoAm

His words are still relevant today as evidenced by the popularity of his quote “No one is born hating another person because of the color of his skin or his background or his religion…” in a tweet shown above by former President Barack Obama posted on August 12, 2017.

The complexity of identity and being human is something that John Green of the Vlogbrothers discusses quite often.  In his June 9, 2015, video on what it means to be human, he discusses the importance of seeing others as complex human beings.  He notes how we are all many things and that it is important to allow others to be complex as well.  It is simple to put people in the category of ‘other’ and to strip them of their complex humanity, yet this behavior leads us to treat one another worse and worse.

Why is it that we can so easily take away the humanity of others?  Why are we so willing to take away the humanity of people we do not agree with?  Some of the blame comes from both the media and those we choose to talk to and interact with on a daily basis.  YouTuber CGP Grey discussed this issue well in his video “This Video Will Make You Angry.”

In this video, Grey discusses how anger thoughts tend to grab our attention and be fueled the most.  So to ensure that we think a lot about an issue those communicating will often use fear and/or anger to help ensure that you think about what they were talking about long after they leave.  If you watch the news you can often see how this plays out in that stories of fear and anger tend to dominate the headlines.

Distrust in the media is adding to the complexity of this issue.  Hank Green discussed the problems with our distrust in the media in his April 28, 2017, news tells us, so we feel we have to become reporters ourselves, and because it is impossible to be well educated on every item and issue, we end up ignoring the lot of it and not being well informed on what is happening in the world.  As this is a human problem, there is not a simple solution.

The dangers of us refusing to see the humanity in others, only paying attention to messages of hate and not trusting what we learn are leading to problems that are resulting in events such as Charlottesville.  What happened in Charlottesville was horrible.  If we want to help stop things like this from happening, we need to reconnect with humanity. Both sides are human. Understand that other people are complicated.  If you are being fueled by anger or fear, stop and try to see the other side of the issue, perhaps it is not a viewpoint you can agree with but perhaps you can start to understand what is driving this other human to believe what they do. Find a way to connect all of us have common beliefs and viewpoints.

We are all, after all, only human.