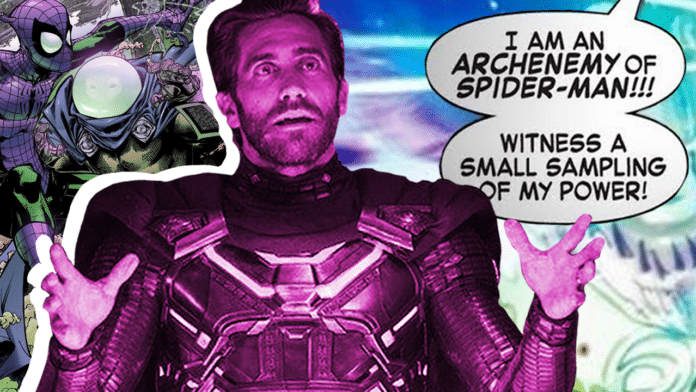 2017’s Spider-Man: Homecoming gave the Marvel Cinematic Universe one of its most intriguing villains.  Adrian Toomes (The Vulture), played by Michael Keaton, was motivated by economic resentment of unpredictable times.  He epitomized the white working-class males that helped elect Donald Trump in 2016.

Spider-Man: Far from Home goes a step further.  Quentin Beck (Mysterio), played by Jake Gyllenhaal, wants payback from the corporation and system he felt did him wrong.

But his weapons are deception and manipulation. He creates his own narrative and imposes it on unsuspecting audiences.  He’s a media master and showman—a villain who revels in propagating alternative facts and fake news.

Previously I described my Heroism Quotient (HQ) and Villainy Quotient (VQ).  I rate villains along five factors (0-20), yielding a Villainy Quotient (VQ) with a maximum score of 100.  The factors are drawn from the thinking and research of Dr. Philip Zimbardo (of the Stanford prison experiment) and other experts on evil.  The higher the VQ, the more diabolical the villain.

So here’s how I score Mysterio.

1. Absence of typical moral restraints on actions: The nature/nurture dichotomy is an angle to consider with this factor.  Some villains, like Amy Dunne of Gone Girl, seem to be lacking genetic programming for morality; they’re born cold-blooded.

But others, such as the Governor from The Walking Dead, lost their moral compass due to various forms of trauma.  My guess is that Quentin Beck may have had some disposition to amorality, but that he snapped when Tony Stark cast him aside, belittling him and his work.  So I’m giving him a modest 8 out of 20 here.

2. Degree of harm or damage done: Mysterio is a wrecking ball.  Across the globe, he produced disasters that put people in danger and damaged historical landmarks.  For his opus, he aspired to an “Avengers-Level Event” that would have been much worse if not for Spidey.  What’s more, Mysterio delivered body blows to public trust in institutions and leaders (sound familiar?).  Enduring repercussions warrant a high 17 for this factor.

3. Track record of evil-doing: Mysterio’s evil plan was years in the making and was a team effort.  But once the rubber hit the road his villainy was relatively short-lived.  And speaking of living, it is highly likely that he faked his death and will continue to be a thorn in Spidey’s side.  As of the moment, though, he only gets a 5 for his track record.

4. Malice towards victims, intent to cause suffering: Sadism doesn’t seem to be prominent in Mysterio’s make-up.  Rather than seeing victims, he thinks in terms of audience members or people unfortunately caught in his crossfire.  He does, though, want a big piece of Spidey. His outing of Peter in the mid-credits scene is pretty malicious. As a result, I’m bumping his score to an 11.

5. Taking pleasure in actions: One of the best scenes in Far From Home is Mysterio’s reveal in the middle of the movie.  If you were a villain who had just pulled off a major coup, wouldn’t you throw a raucous party and toast your henchmen?!  As the saying goes- work hard, play hard. If he had been successful in London, the blowout probably would have rivaled that of the U.S. Women’s National Team after the World Cup.  I give Mysterio a 14.

Sum these 5 factors and Mysterio’s VQ comes to 55.  That’s very close to what Thanos earned through Infinity War (he got nastier in Endgame).

Spider-Man Psychology: The Challenge of Taking on Superhero Responsibilities as a Teenager 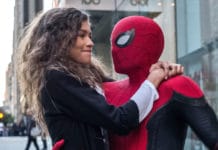 Is Spider-Man: Far From Home Worth Watching?