His stature and physique are Hulk-size. He commands the most expansive army in the universe. His evil plans traverse light years. He’s the protagonist in a historically huge box office smash, Avengers: Infinity War. He even has a big voice, thanks to the seemingly ubiquitous Josh Brolin.

Will Thanos ascend to the level of other monumental screen villains, like the Joker in The Dark Knight, The Silence of the Lambs’ Hannibal Lecter, and Darth Vader? He has a fighting chance. And I wouldn’t have thought so too long ago. 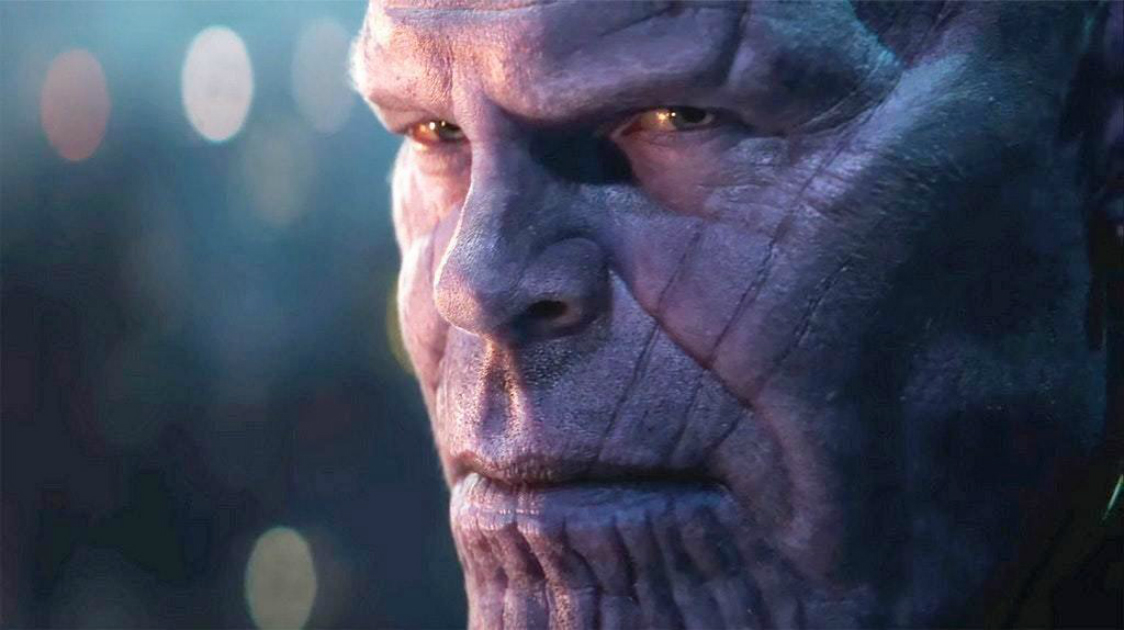 Thanos first appeared on-screen (sans Brolin’s cool voice) in the mid-credit scene of 2012’s The Avengers. He had a speaking part but was relegated to 2nd-tier heavy in 2014’s Guardians of the Galaxy. He briefly reappeared in 2015’s Avengers:  Age of Ultron; that mid-credit cameo was significant in that it also showed his Infinity Gauntlet and confirmed speculation that he was playing a long game to garner the Infinity Stones and wield them to wreak havoc on the universe.

All of which bored me.

To be sure, I am a big fan of the Black Panther, for instance). I’ve admired the world-building, how all of the characters and storylines have interconnected.  These movies have maintained an impressively high standard for action, humor, drama, and even romance.

The strength of the MCU has been the heroes, including backstories and relationships. There have been some cool villains- like Erik Killmonger, Loki, Red Skull, and the Vulture- but also some duds- like Whiplash, Malekith, and Abomination. So I wasn’t expecting a lot from this Thanos guy and his brief screen appearances didn’t generate much momentum.

Then the opening moments of Infinity War made it clear that Thanos was going to be the driving force in this blockbuster. Dispatching the Hulk established his physical prowess. His brief oratory began revealing his motivations.

“I know what it’s like to lose. To feel so desperate that you’re right, yet to fail nonetheless. It’s frightening.”

Thanos epitomizes the adage about every villain believing he’s the hero of his story.  He wants to wipe out half of life in the galaxy.  Now as malevolent as that goal seems to us (well, hopefully, most of us), he sees it as benevolent. He doesn’t want planets to suffer from over-population and decay as did his homeworld of Titan.   In his eyes, the end justifies the means.

Thanos is set up as the alpha villain of the MCU.  The Avengers, the Guardians, and several other heroes align against him. But he’s a complicated character. Just how villainous is he?

Previously I described my Heroism Quotient (HQ) and Villainy Quotient (VQ). I rate villains along five factors (0-20), yielding a Villainy Quotient (VQ) with a maximum score of 100.  The factors are drawn from the thinking and research of Dr. Philip Zimbardo (of the Stanford prison experiment) and other experts on evil. The higher the VQ, the more diabolical the villain.

So here’s how I score Thanos:

Anyone whose life work is mass murder can’t have much going on in the way of morality.  But Thanos’ motivations have to be taken into consideration.  When he was younger he predicted the downfall of Titan and proposed killing half of the population to protect depleted resources.  He felt “so desperately” that he was right, yet failed to convince others.  His plan was cruel but stemmed from merciful intentions.  Maybe his most significant flaw is obsessive thought- clinging to his plan and not considering other ways of achieving salvation.  In terms of morality, I’m giving him a 10 out of 20.

2. Degree of harm or damage done:

This is an easy factor to score.  Thanos maxes out with a 20 because his rampage spans the galaxy.  He also takes out several superheroes along the way.

Thanos also gets a 20 on this factor.  With Titan in ruins, he amasses armies and followers, traveling from planet to planet to execute half of the population each time.  This goes on for ages, long before the fully-stoned Infinity Gauntlet enables him to achieve his aim with the snap of a finger. 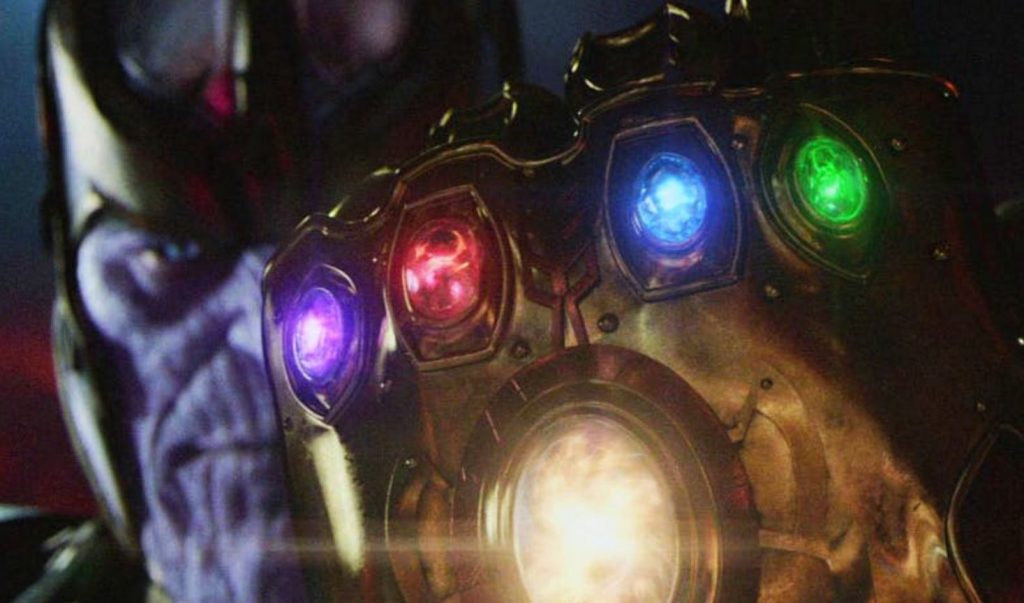 4. Malice towards victims, intent to cause suffering:

Here is where Thanos really starts to diverge from typical villainy.  His “evil plan” is actually devoid of malice.  He believes his half-purges save those left alive.  Rather than intending to cause suffering, he wants to alleviate it.  In Infinity War, Thanos is faced with a choice about whether to sacrifice a loved one to obtain one of the Infinity Stones.  He makes that sacrifice, but his action is just that.  He dreads his decision and mourns the loss.  I’m going low here with a 4.

Thanos has a bit of a martyr complex.  He believes he’s the only one doing what needs to be done.  He’s willing to kill, to be despised, and to lose those close to him.  As self-righteous as he is, though, I’m still giving him 3 points on this scale because he seems to take pleasure in a good fight.

Sum these 5 factors and Thanos’ VQ comes to 57.

That’s not particularly high and similar to that of Shere Khan from The Jungle Book.  In his case, though, a modest VQ makes him a more interesting villain.  There are different angles to him.  Getting back to my original question, achieving silver screen immortality as a villain does not necessarily require a really high VQ (I scored Gordon Gekko from Wall Street and Travis Bickle from Taxi Driver lower than Thanos).