Earlier this week, I posted my predictions for who and what would get nominated in the Big 6 categories of the Oscars. I tried not to let my own biases get in the way and just look at what the data suggested, namely the earlier awards and nominations that tend to predict Oscar love.

Out of 33 possible points, I got 27 correct for an 81% hit rate, which ain’t great, but ain’t too bad, either. So what did I miss? I missed one in each category, except for Best Director where I missed two. For the Best Picture category, I correctly picked all 8 nominees, but I also picked a 9th—If Beale Street Could Talk—that didn’t make it.

Here’s what I got wrong in each category:

I said Ethan Hawke would get a nom for First Reformed, but Willem Dafoe got it for At Eternity’s Gate. No major controversy there.

I predicted Emily Blunt would be nominated for Mary Poppins Returns, but I was pleasantly surprised that Yalitza Aparicio got nominated for Roma. It was well-deserved.

I predicted Timothee Chalamet would pick up his second nomination for Beautiful Boy, but Sam Rockwell as George W. Bush in Vice took that spot.

I said Claire Foy would get Oscar love for First Man, but another Roma actress, Marina de Tavira, got it instead.

This is the category that fell apart on me. I really thought Bradley Cooper would get a nomination for A Star is Born (he did for acting, but not here). I also thought Peter Farrelly would weather some controversy and pick up a nomination for Green Book. Yorgos Lanthimes earned a nomination for The Favourite and Pawel Pawlikowski picked up one for Cold War.

Won’t You Be My Neighbor?, the Mr. Rogers documentary, failed to get a nomination, which is insane. Barry Jenkins and Ryan Coogler also were left off the Best Director list, which also doesn’t seem right.

In the weeks to come, we’ll explore each of these categories, as well as some of the psychological themes behind the nominated films this year. 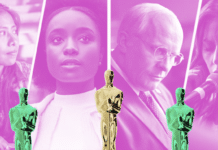 A Psychologist Predicts the Oscar Nominations