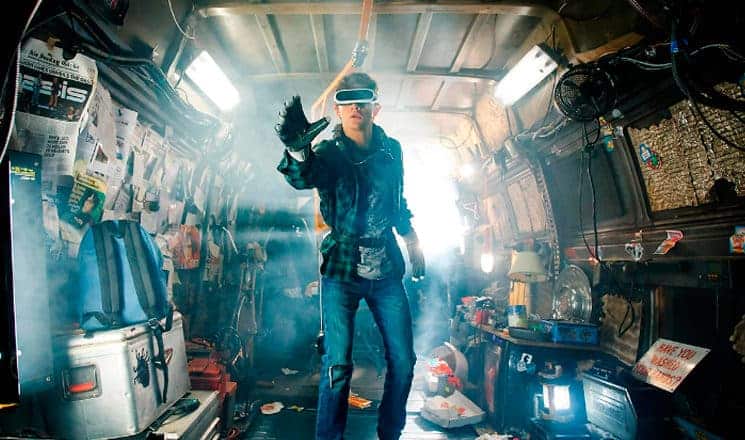 ‘Ready Player One’: Trailer Reactions from a Psychologist’s Perspective

Comic Con ended last week and, true to form, several new movie and TV show trailers dropped.  One film that I am extremely excited for is Spielberg’s adaptation of Ernest Cline’s love letter to 1980’s pop culture. I have watched the trailer several times and would like to take a few moments to break down what is shown and what I think we are seeing.

(For both the book and the film, possibly…)

First, we are given a stage setting monologue by our antagonist Wade Watts.  He noted that he was born in 2025 and that the year the film takes place in is 2045 (a year later than the book).  This makes Wade older than he was in the book.  Also, he is growing up in a different city, Cleveland rather than Oklahoma City.  Now in the book Wade does move to Cleveland, so it makes sense to skip his move and have the whole film in the same setting.

We get a brief look at the stacks, and Wade’s hideout in an old van before we travel with Wade into the OASIS.  When we first enter the OASIS, we see what is presumably Wade’s avatar entering Og’s birthday party.  We then move to a scene again with Wade’s avatar and a secondary avatar with a samurai sword, most likely Shoto. Looking at this scene it likely is setting us up for the final battle of the story as each champion was allowed to select a large robot for completing the challenge of the Jade Gate.

Now, none of the character’s chose the Iron giant in the book but again this is likely a liberty taken to incorporate different pop culture images into the film.

Next, we are given a glimpse of Wade’s signature ride, the DeLorean from Back to the Future and a few different battle scenes.  We also see an avatar of an Orc fighting. This Orc is seen twice in the trailer, indicating that it likely is more than just an in passing reference.  I predict that this Orc is the game avatar for Wade’s friend Aech.  Aech earns their living through arena fighting in the Oasis, so having a tough looking avatar would be fitting, even if it is a departure from the book.  Further, when we see the Orc for the second time during the car chase the vehicle is a very Mad Max/Monster Truck looking ride, and this too fits with Aech’s character.

Getting our first look at the sucksers–I mean sixers–does not disappoint either.  We see them all with their uniform avatars.  Most drive the same vehicle, though we get glimpses of some nice pop culture upgrades, to include the A-team’s van, a formula one race car and a monster truck.  The avatars have a very “fighting-mindless-hordes” look to them that fits the video game feel of the book and film. 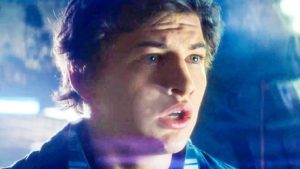 During the car chase scene that follows we again see Wade’s DeLorean.  We also see a bike from Akira. Who rides this bike?  As it is a reference to anime it might be Daito or Shoto.  My prediction is that this is our first look at Art3imis’ avatar.

The trailer ends with Wade taking off his school issued Oasis glasses. My prediction is this is the moment after he obtained the Copper Key.

I am super excited for this film.  I enjoyed the book immensely and hope that Spielberg does it justice.  I have one pressing question about it though: will Wil Wheaton be making a cameo as himself???

If you have not read the book Ready Player One, I highly recommend it and the audio version is excellent too narrated by none other than Wil Wheaton himself.