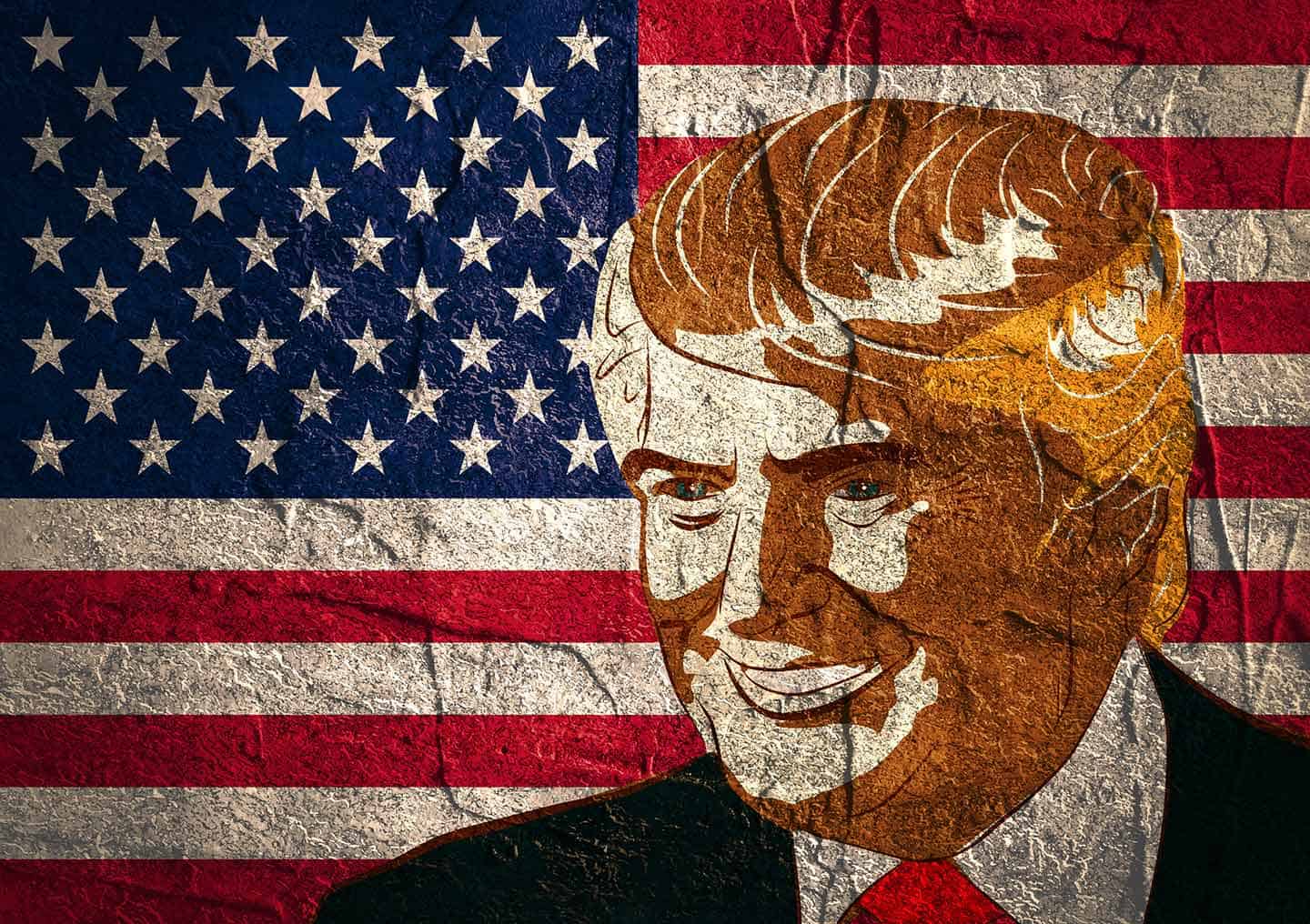 Love him or hate him, but can you feel sorry for him?

Ask anyone what they think of Donald Trump and you are almost guaranteed one of two instantaneous – almost reflexive – reactions: “He is great” (read: I admire his guts, love his strength and honesty) or “he is awful” (read: he is a disgusting, self-serving bigot and demagogue). Many a political figure has been controversial but none in recent history has polarized opinions as much as Mr. Trump.

One obvious question is to ask why he triggers such opposing emotional reactions from folks. A less obvious – but more interesting query – is to wonder: Is there any way one can take on a nuanced position and say something like, ‘This man repulses me but I also feel sorry for him.’

As bizarre as it may initially appear, I would like to suggest it is perfectly tenable to hold such apparently contradicting positions about Mr. Trump. In order to do so, we must understand how personalities are formed and organized.

“More specifically, we need to analyze how particular patterns of character development lead to a personality one can feel both compassion for and be deeply disturbed by.”

It all depends on which aspect of self that one chooses to focus on.

One of the words most commonly thrown around to define Donald Trump’s personality is that he is a narcissist.

A narcissist is someone who is intensely focused on themselves – often to the point of self-adoration – and belittles others. They spend an inordinate amount of time listing their accomplishments (as proof of their greatness) and it is impossible to have a balanced conversation with them as they invariably pay cursory or no attention to what you say.

On the rare occasions, they actually listen, it is because they are planning a strategy to redirect conversations back to them.

There is no doubt about it: Mr. Trump is a textbook example of a person with Narcissistic Personality Disorder and psychologists will have no trouble diagnosing him with that condition.

But saying someone has a personality disorder (narcissism or otherwise) tells us nothing about the cause for such development and the mechanism people use to maintain such traits. And this where it gets interesting.

It has been widely accepted that many psychological disorders such as depression, anxiety, and schizophrenia are conditions with a strong biological component. This means the genetic makeup of such individuals plays a critical role in the development of the disorder.

This contrasts with personality disorders, characterized by traits that have been learned.

In other words, personality disorders develop as a result of life experiences, not because of genetic vulnerability. It is of course very difficult to claim with certitude where those (negative) experiences originate from but we do know the nature of the relationship we have with important people in our lives dramatically shape our perception of the world and ourselves.

“There is no doubt about it: Mr. Trump is a textbook example of a person with Narcissistic Personality Disorder and psychologists will have no trouble diagnosing him with that condition.”

If we have felt deep pain from improper or insufficient parenting, despair from romantic breakups or friendship betrayals, bitter disappointment from various life outcomes, there is little doubt that personality development will be significantly affected. Some of us may address issues successfully, adjust well, and be psychologically healthy.

Others may have more trouble handling such pains and develop, as a result, a personality that goes round difficulties rather than face them.

In other words, some personalities are structured and organized to avoid remembering – at all costs – troublesome feelings and emotional pain. If a person uses this strategy consistently and across the board, they are using a defense mechanism strategy. Let me explain further.

Defense mechanisms are the mind’s powerful ability to protect itself by avoiding feelings of discomfort and anxiety and negative perceptions of self. You may recognize at least one of them: repression. This defense tactic is used to banish from conscious memory something too painful to remember. We hide uncomfortable and hurtful feelings from awareness; they still exist…but we can’t ‘see’ them. Think of it as clothes and belongings (memories, experiences) accumulated over years of life in a large suitcase.

At the bottom of the suitcase lies old memories and experiences. If you keep accumulating stuff and pile them up in that suitcase, what lies at the top will begin hiding what is underneath. If you don’t shake the suitcase (i.e., discuss and address difficult memories) they can be forgotten. It is this motivation to bar from conscious awareness that is the defense mechanism.

Sigmund Freud may have had some outlandish ideas about sexuality but his genius was his ability to notice defense mechanisms. He identified many, including repression, which he considered most fundamental. There is also regression (going back to an infantile or younger stage in life to feel safer) and projection (blaming others for our own faults).

With regards to Mr. Trump, there is one defense mechanism that fits him like a glove: reaction formation.

His comments, behaviors, and reactions are remarkably consistent with folks who use this strategy to defend themselves from uncomfortable feelings. So what is reaction formation and what is The Donald trying to defend himself from?

Reaction formation is a fascinating strategy because it flies in the face of logic. It is the expression of feelings towards an event, a situation or something about ourselves that is the opposite of what we truly feel.

It is the person who condemns the drama on a reality TV shows when they secretly revel in it, it is the person who thinks drug addicts should face the harshest punishment when they are addicted themselves, it is the person vehemently defending heterosexual values because they are afraid of their own homosexuality (think Chris Cooper playing Colonel Frank Fitts in American Beauty and the many priests who used religion as a cover for sexually abusing children).

While it is hard to know for certain if one is defending a position sincerely or because of anxiety from expressing the opposite view, there is one characteristic of reaction formation that often gives it away: the excessive need to prove one’s point and the inflexibility of the position. In Mr. Trump’s case, any attack on him results in an immediate reaction from his part to remind everyone how great he is. He is quick to deny his failures, never admits wrongdoings and attacks anyone who criticizes his business record and his….hands.

And if someone says he has small hands (as presidential candidate Marco Rubio commented and insinuating he has a small ‘something else’) then you are attacking his physical greatness or prowess. Now think about it: what political candidate, what person who runs for the highest office in the US feels the need to justify the size of his hands at the very beginning of a political debate? Donald Trump.

What person needs to exhibit his steaks, water, magazines and discuss how great they all are at a press conference following a primary win? Donald Trump. What man denies having been bankrupt four times and say ‘he just used what the law allowed him to do?”

“His painstaking and excessive need to justify he is an amazing man leads us to wonder: does he really think he is or is he hiding deep insecurities about his competence?”

To answer this question, we get to the most interesting part of Trump’s personality. It is one thing to explain why you think you are ‘the greatest’ and it is another to lie to prove it. Faking reality, unconsciously or otherwise, is the glue of a defense mechanism. Lying is a powerful method to deny personal feelings of weakness, fraudulence or incompetence. In two separate public appearances (once following a primary victory and another at a recent debate) Trump lied.

In 1988, a New York-based satirical magazine began publishing a series of articles to poke fun at Mr. Trump. The authors of the articles called him the ‘short-fingered vulgarian.’ Over the course of eight years, they published a dozen articles on the short-fingered vulgarian. How do we know Trump knew of them? Over and over again, he sent them pictures of his hands as evidence they were not small. In other words, he was excessive and relentless in proving they were not short – behavior in line with reaction formation. What is remarkable is he has not stopped trying to prove his point, almost 30 years later.

The founder of the Magazine Spy, Graydon Carter, is quoted from the website vox.com, commenting on how he continues, to this day, to receive correspondence from Trump: “There is always a photo of him – generally a tear sheet from a magazine. On all of them, he has circled his hand in gold Sharpie in a valiant effort to highlight the length of his fingers.”

Nothing disturbs Mr. Trump more than someone questioning his power and dominance. This is because there is a deeply hidden part of Trump that doesn’t think he is great. And if we were to imagine, just for the sake of the argument, that he agrees to therapy and receives psychological treatment then we may be ble to reach into to the bottom of that suitcase. And based on the arguments set forth in this article, I argue we will find a very insecure child hiding somewhere.

“It is that Trump you can feel sorry for.”

But that part is so hidden from his own and anyone’s awareness that it is almost impossible for anyone to see. And when his comments continue to be demeaning, have a disturbing flavor of cruelty, racism, and misogyny, it is no surprise that many despise the man. After all, that is the part he has chosen to expose to the world and himself.