Obviously, a lot of pens go to paper in the wake of yet another gruesome and seemingly pointless tragedy, but I am trying to wrap my own head around what has happened despite my desire to offer statistics and quoted commentary on the topic.

I am aware that the POTUS has issued some statements or tweets regarding a need for better mental health care and some of the left-leaning populous has questioned why access to firearms is not at the forefront of our concerns.

I don’t need to know the specific numbers to know that the rate at which our nation experiences mass shootings is on an astronomical rise. 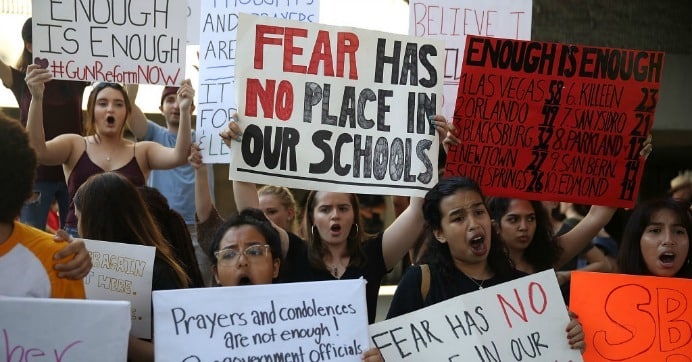 As a psychologist, I recognize that mental health is clearly part of the picture when someone decides to open random fire on a group of innocent civilians.

However, I sometimes wince when mental illness is brought into the narrative in these situations. For one, I feel it adds to the stigma of dealing and coping with mental illness in general. People who commit these atrocities were struggling, but they did not commit these acts just because they were mentally ill.

There were other factors playing into their lives which apparently pushed them to this breaking point. I wince also due to the fact that mental health is not generally something we talk about on a national level until something like this happens.

And if we as a country really cared about the mental health of our citizens, why do we treat mental health like the black sheep of our social welfare system?

Mental illness has always been a part of the human (and first world) experience, but such frequent mass shootings have not.

It is important to understand how these incidents might be a broader reflection of our culture if we want to decrease their incidence. And yes, part of that rests in attending to our mental health.

Mental health is not just about going to therapy or taking psychotropic meds.

It’s making sure you get enough sleep. You eat nutritious foods. You exercise. You feel like you matter and people care whether you are around or not. You learn to understand and communicate your emotions effectively. You have community and social support. You know how to manage your stress.

You don’t cope with stress by avoiding it or ‘artificially’ activating your reward system with unhealthy substances or exposure to unhealthy media. You have a healthy sense of self and don’t find yourself lacking to the rest of humanity.

“A common trait in all of these mass shootings was that the perpetrator was socially isolated or ostracized.”

They lacked connection to the humans around them. They likely did not feel as though they readily mattered to the people around them in meaningful or profound ways.

Yes, this may have been distorted or exacerbated by an underlying mental health issue such as major depression or anxiety, but the fact remains that they lacked the embrace of interaction which establishes compassion, empathy, and a sense of the interconnection of life and experience.

And again, there may be underlying neurological or chemical differences which make it harder for some people to establish these relationships, but consideration still must be given to how society treats its worst-off and most disconnected.

Culturally, we are in an age of social media in which social comparisons and the ability to become insulated in information, which only reinforces dogma, is rampant.  It seems possible that in at least some of these cases the perpetrators were likely further emboldened by online media which reinforced their alienation and isolation.

Most of us know how the social comparison on social media can affect our mood and outlook on life. It also allows us to be anonymous avatars, where threats or cries for help are drowned out by the ongoing commentary. I think it is important that as a society we reflect on how to use media in a healthy way and are cognizant of how it influences our feelings of connectedness and relatedness.

I can’t address this subject without addressing gun culture in America.

Having access to assault rifles with all the gadgetry that allows for multiple shots that riddle the carcass inedible and most certainly dead are a human rights violation among other things. These weapons were designed to kill many people as quickly as possible. But America loves its guns.

I hope it loves them as much as it loves having its churches, elementary schools, high schools, shopping centers, and outdoor concerts massacred.

Another hottish topic is that of video games.

A few days after the shooting in Florida (I almost wrote “after the most recent shooting” but realized after publishing, it was not entirely unlikely that another shooting may have occurred…), my husband was out with our toddler in the neighborhood, and noticed a neighbor whose large living room window and a larger TV screen faces the street.

Displayed on the large screen was clearly a first-person shooter video game.

The neighbor was likely unwinding after a hard day of work…blowing off some steam or numbing out by shooting some digital humans, whose gore could be seen from the street by passersby. Game designers hire people like me to provide feedback on how to make them—not to mince words—addictive. Addictive behaviors feed a release of some kind. The most unsophisticated and hedonistic mechanisms relate to impulsive gratification and stress release (not tolerance). Violence apparently hits some of these reward centers in the brain.

How can those playing these games not be somewhat desensitized to violence? And countless hours of these games in isolation behaviorally alters the hard-wiring of a brain. There becomes a gratification in killing and destruction. There is power and prestige. And if you are already socially avoidant or ostracized, this euphoria begs for actualization.

The perpetrators so far have all been male, and almost all are Caucasian.

Perhaps testosterone is to blame for violence, but we also fail our sons when we do not socialize them to be in touch with their emotions and to learn to identify, process, and express how they feel.

If boys are indeed biologically hardwired to process and cope with emotion differently, then we are even more responsible for teaching and imparting sensitivity, compassion, and self-care. In large part, we as a society still do not provide a safe environment for boys to be scared, to cry, to speak openly about their emotions.

If you want to do your part and you know a boy or young man, start normalizing this and don’t shame them for feeling.

“Perhaps testosterone is to blame for violence, but we also fail our sons when we do not socialize them to be in touch with their emotions and to learn to identify, process, and express how they feel.”

When you hear about a mass shooter struggling with mental illness, and that this is the cause of their heinous actions, it incites a notion that mental illness is synonymous with deviance, violence, and antisocial behavior.

In truth, these are members of our society who are struggling like a large proportion of the population. Just look at the pharmaceutical industry if you have any doubts as to the psychological struggles our society faces.

Do we need better mental health care, as in insurance making it affordable to both the clients and the providers? YES. Is there still stigma and fear surrounding mental health that prevents those who need it to potentially prevent such devastating outcomes? YES.

This is a public health issue.

However, we also need to look at the culture of violence, of social support, and the biases we perpetuate in light of these horrific and devastating tragedies. 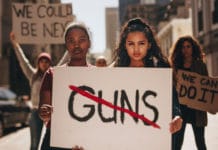 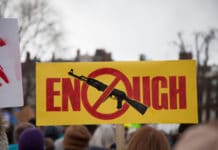 When a Mass Shooter Attacks Your Hometown: A Therapist Speaks Out

Do Violent Video Games Cause Violence? A Psychologist Answers