Watching Ferris Bueller’s Day Off with my young daughters revealed a lot about their generation, my generation, and the film’s lasting legacy.

I recently decided it was time to introduce my 10-year-old and 13-year-old daughters to the cinematic brilliance of Ferris Bueller’s Day Off. Normally my daughters are open and agreeable to my movie recommendations. However, a teen comedy from 30 years ago was not at the top of their viewing list. But after showing them clips and trailers, they cautiously agreed. 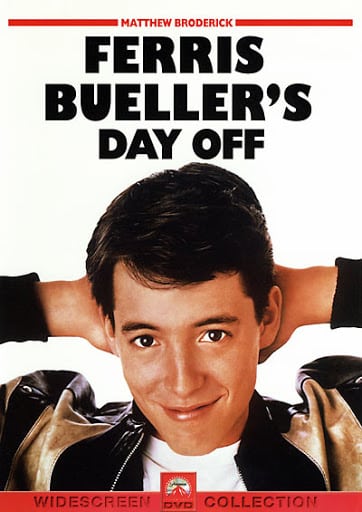 John Hughes’ seminal film about friendship and the ultimate skip day is a film I treasure and have seen dozens of times over the last 30 years. But what type of experience would my daughters have from watching the film? Would Ferris Bueller (played by Matthew Broderick) prove to be a timeless classic that speaks to every generation? Or would the film’s charm and humor strike a different tone with my millennial children?

My hope for my daughters’ film going experience was simple and straightforward: I wanted them to love the movie and acknowledge that their father knew what he was talking about when I told them they would love it. Little did I realize how profound of a movie watching experience it turned out to be.

When the original film was released in June of 1986, Ferris Bueller was viewed as the ultimate example of effortless cool. Grace (Edie McClurg), the assistant to Principle Ed Rooney (creepily played to perfection by Jeffrey Jones), said it best: “Oh, he’s very popular Ed. The sportos, the motorheads, geeks, sluts, bloods, wastoids, dweebies, dickheads – they all adore him. They think he’s a righteous dude.”

Every teenage guy wanted to be Ferris. However, about halfway through the film both my daughters commented that Ferris “was kind of a jerk and not a very good friend to Cameron.” It was shocking to realize my daughters did not automatically take to Ferris’ charm and shenanigans. They identified and empathized with Cameron (played superbly by Alan Ruck).

At first I found this revelation to be a little perplexing and just chalked it up to their lack of cinematic sophistication. Then, the more I thought about it, the more I realized that this generation might respond and relate more to Cameron than to Ferris. The millennial generation is the most anxious and stressed out generation, according to the American Psychological Association’s annual Stress in America survey. In 1986, Cameron’s depression and detachment came across as neurotic and exaggerated. In 2016, Cameron’s stress and pressure is something most of today’s children and teens can relate to on a personal level.

The Struggle Is Real

Although the film sets out to be comical and charming, Ferris Bueller’s Day Off is not a typical comedy.  Hughes’ film uses the character of Cameron Frye to spotlight several emotional and relational struggles that are common amongst teenagers. Depression, loveless marriages, and disconnect between parents and children are deep personal issues that fracture Cameron’s emotional state. One of the ongoing themes of the film is Cameron’s acknowledgement that his father cherishes his car more than he loves his wife and son.

Ruck’s “Cameron” is the only realistic and three-dimensional character in the entire film. That doesn’t necessarily mean he’s the best character or needs to the focal point of the film. But it does make Cameron the most relatable character. People can relate to a fractured relationship with a parent. People can relate to stress and the pressures of friendship. And unlike Ferris, Cameron undergoes a change from the beginning to the end of the film. While it may be more exciting to live vicariously through Ferris’ fantasy, most viewers have not experienced such a momentous skip day from high school. Most viewers can relate on a personal level to depression, anxiety, disconnect from parents, and a loveless marriage.

Was Ferris Kind of a Bad Friend?

So what is it about Ferris that my girls responded differently to as millennials and as females who have grown up in the 21st century? Well, for starters, they pointed out that Ferris is selfish, inconsiderate, and insensitive to Cameron. Although I believe Ferris’ main motivation for the entire day is to help Cameron break free from his emotional atrophy, my daughters didn’t pick up on the nuance of Ferris’ deeper inspiration, or they didn’t believe that was Ferris’ motive. That doesn’t mean Ferris is a bad person, but to them, the pressure and insensitivity that comes across in his relationship with Cameron makes him more flawed and less sympathetic of a protagonist than I have tended to view him over the years.

It’s one thing to give your best friend the greatest day of his life. It’s another to have him further enflame his fractured relationship with his father by stealing that father’s most prized possession. Hey, it’s only a movie right? In the end, everything on screen suggests that all will turn out fine. But in real life, Ferris Bueller would actually be the worst friend of all-time.

A lot has changed in our culture since Ferris Bueller debuted in June 1986. But there are two cultural shifts that I believe inform how my daughters viewed Ferris Bueller differently than me. First, our society has raised awareness and lowered the tolerance (rightfully so) of bullying. It is no longer acceptable to use pressure, intimidation, or fear to coerce others. I’m not implying that Ferris is a bully to Cameron, but he’s also not going to be winning any “Friend of the Year” awards.

Teenagers in 1986 didn’t have cellphones, but Ferris may have introduced pop culture to the first example of teens spamming each other. Ferris wasn’t going to inundate Cameron with text messages. No, instead, Cameron sits in his car and as he contemplates whether or not to go meet with Ferris, he says to himself,

Ferris Bueller can be an annoying spammer.

Later on Ferris slaps Cameron, and when he has his mini-breakdown (anxiety attack) it is Sloane (Mia Sara) and not Ferris who shows great concern and worry for him. It is only when he thinks Cameron is trying to kill himself that Ferris shows any great concern for his friend.

The second major shift in our culture that I believe informs my daughters’ perspective on Ferris Bueller and the film is an oversensitivity that hasn’t just permeated teen or tween culture but the entire generation of young people. This negative shift is most impactful on college campuses. Professors are being barred from using certain terms in order to avoid “trigger words”.

Comedians are going public with their decision to avoid college campuses because of the intolerance to jokes and humor that centers around race, sex, politics, or any other topic that young adults may immediately react and label as “intolerant, racist, or sexist.”

Bottom-line, the generation that my daughters are growing up in has been accused of systematic “overreaction.” Does that make their perspective on Ferris wrong? Not necessarily. Is Ferris justified in his actions toward Cameron. Not necessarily.

Every character and motivation is absolute fiction. Jeannie’s transformation from antagonist to ally at the end of the film is completely shallow and unearned. Every adult is either clueless or a bumbling idiot (my biggest complaint of all of Hughes’ films was his sophomoric depiction of parents and adults). The lengths that principle Rooney goes to catch Ferris are so over-the-top that it wouldn’t matter if he actually busted Ferris. He’d be fired and arrested (In real life, Jones was busted in 2002 for child pornography charges. He later pled guilty and registered as a sex offender).

The film is meant to be escapist fun. Ferris Bueller’s Day Off was the counterpoint to Sixteen Candles and The Breakfast Club. In the former film, Molly Ringwald’s Sam experienced the worst day of her life when her family forgets her sixteenth birthday. Hughes wanted to explore what would be the best day ever for a teen. Hughes tried to depict real teens in The Breakfast Club. In Ferris Bueller, his title character explores the joys and fun of being that age.

My daughters did enjoy the movie. They had fun and they laughed a lot. But watching this film with people born in the 21st century did make me feel old and a bit dated. I guess I know how my parents would feel if they tried to get me to connect deeply with American Graffiti or The Graduate. But it also helped me understand my daughters and their generation more and has actually given me greater insight into this film. Ferris’ mantra that bookends the film continues to be the truest element from the movie:

“Life moves pretty fast, and if you don’t stop and look around once in a while, you could miss it.”