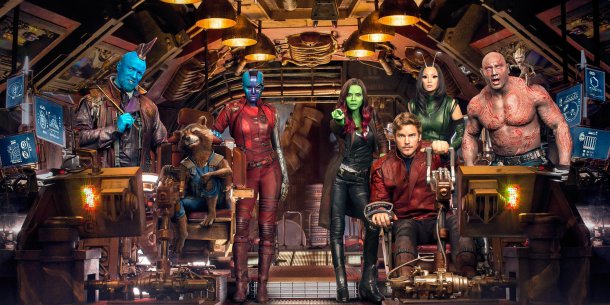 What is the secret to transforming a film into a blockbuster event?  A look into the inherent pull of the Summer Blockbuster!

That time of year is upon us again.  That glorious time (to some) when various theaters, cinema palaces, and movie cafes promise an explosive (quite literally) film-going experience.  Fans and the bored masses turn out in droves to see “Event” films, hoping to reap the escapist benefits of pure adrenaline rushes, rendered shiny and large by teams of digital effects wizards.  These spectacles are often punctuated by pulse-pounding sound effects that are engineered for optimal immersion and coupled with carefully curated soundtracks that are intended, along with other multi-media tie-ins, to extend the experience beyond the movie.

The “Tentpole” movies of summer are so-named for their ability to keep the circus of a show that is Hollywood in business by making enough money to fund other, more riskier ventures.  Smaller films are now the bold choices.  They may bring the studio some much-needed edginess, which may capture niche audiences, but will also bring some credibility, usually in the form of Oscar-worthy performances that are indicative of more serious or dramatic fare.  As for the Leave-Your-Brain-At-The-Door ‘Splosionfest that is summer, the slew of “Event” films are often endlessly reinforced by multi-tiered marketing blitzes.

In fact, the ubiquity of product tie-ins, toy lines, comics, tv shows and promotional interviews ensures that awareness of the film is raised to an all-time high.  Producers are hoping to pique the curiosity of potential viewers so that they may ultimately cave under the pressure of the hype train and fill studio coffers with enough cash to bankroll and churn out future sequels because let’s face it – sequels are often bonafide money makers. 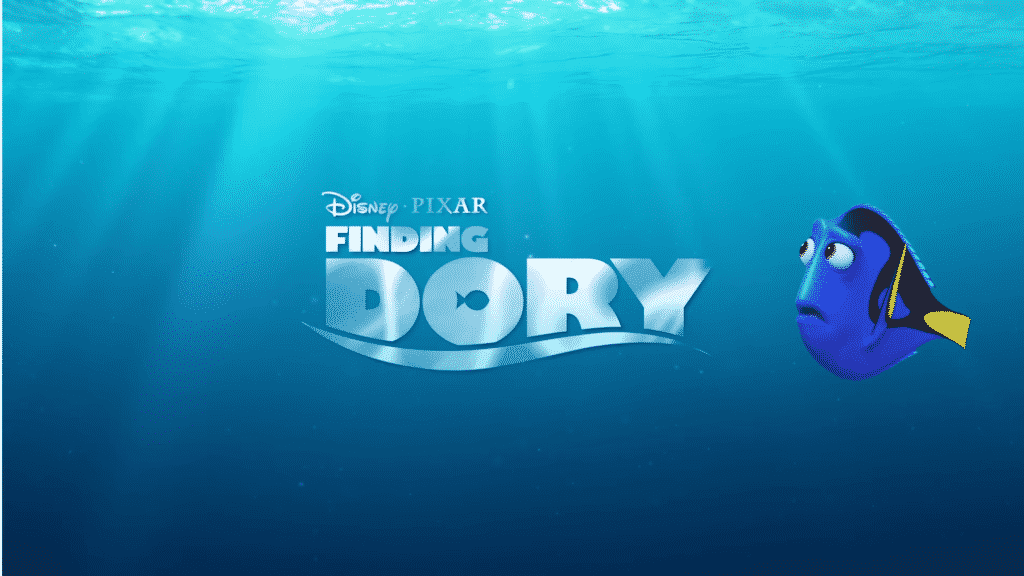 Our Culture is in a Season of Sequelitis!

Actually, let’s talk about sequels for a minute.  It’s common to gripe about their formulaic nature.  “Oh we’ve seen this before,” some may lament.  Others will chime in, “But now it’s HARDER, BETTER, FASTER, STRONGER” (sorry, had to invoke Daft Punk for a sec).  In fact, the audience collectively determines what they want to see through ticket sales – it’s the power of the hivemind, so to speak!  A Forbes study concluded that 15 of the 20 most profitable movies ever made were in fact sequels.  The capitalist bottom line dictates that these money makin’ sequels definitely ain’t goin’ away. 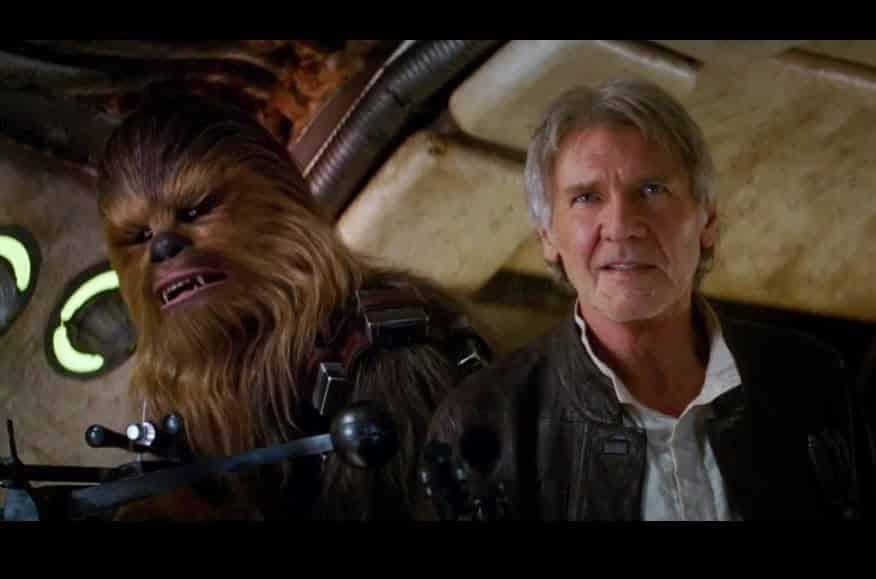 But WHY do we like to return to familiar locales, reuniting with some characters we’ve already met?  Let me emphasize part of that last statement, “Characters WE’VE ALREADY MET.”  Humans are, by and large, creatures of habit.  We tend to like familiarity because it promotes a stable, enduring, and predictable sense of security.  To see a beloved character back in action prompts the response, “Oh I know you – we shared an adventure together!  So what are we up to now!?”  It’s a reunion of sorts and it’s an exciting notion to join up with this character again to face novel situations.

Neurologically speaking the reward circuitry of the brain is lighting up because new exposure to a stimulus with formerly positive associations is happening.  Our memories inform us how we reaped the rewards before, (e.g. being emotionally titillated, moved, connected) and thus drives us to do so again in the hopes of a repeat performance. 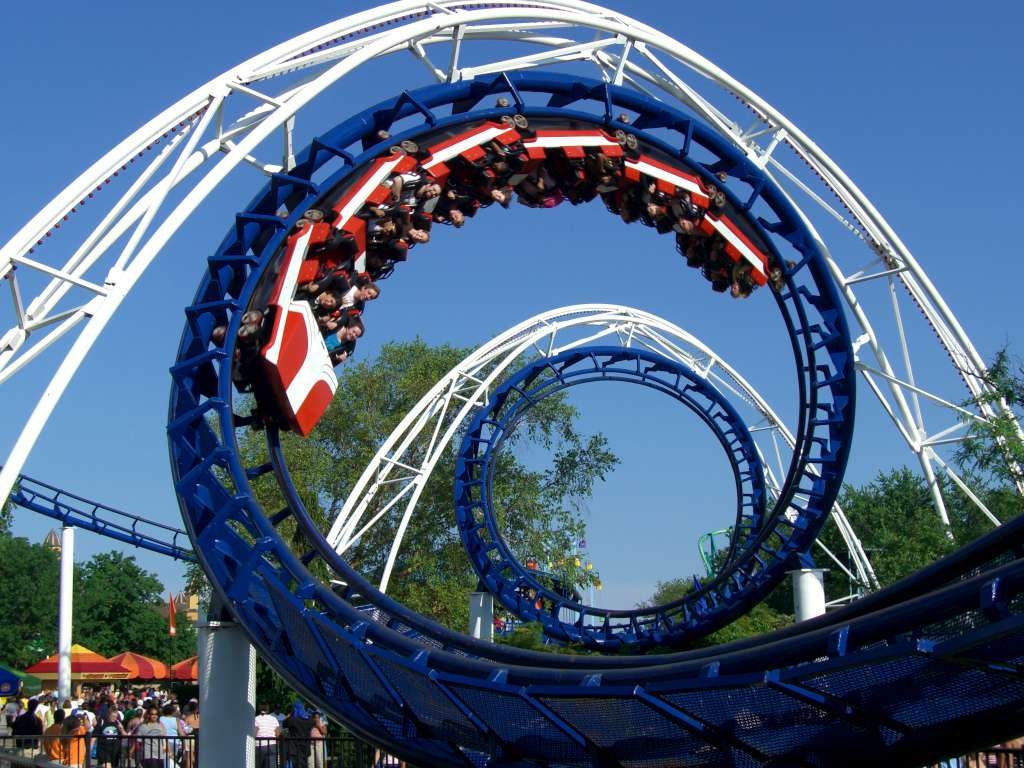 I grant that it’s easy to outright dismiss the largely bombastic fare of summer because it’s lacking anything that could even remotely be considered seriously dramatic or substantial.  Then again, we don’t ride rollercoasters to ponder the ups and downs and sometimes jarring turns of life.  We ride them because we pretty much just want to scream.

I mean, fear, for the most part, is physiologically indistinguishable from excitement, so there’s that.  We also ride because we want to throw our arms up in the air and experience that feeling in the pit of your stomach when you’re suddenly dropped at tremendous speeds.

The effects-laden action set pieces of your garden variety summer blockbusters are typically designed to evoke similar visceral experiences.    Despite the disparities in the degree of stimulation (e.g. no sudden movements or major drops in the theater), the overall nature of the experiences are similar in that they activate areas of the brain that are collectively referred to as the “pleasure center.”  This is the mechanism by which people can come to find themselves addicted to and/or obsessed with certain substances, activities, and situations, or people.

The inherent allure of this specific cluster of neuronal excitation is quite simply that it brings pleasure, an experience we’re keen on repeating.  In essence, summer blockbusters are optimally designed to stimulate your brain in a more primitive pleasure-driven way. 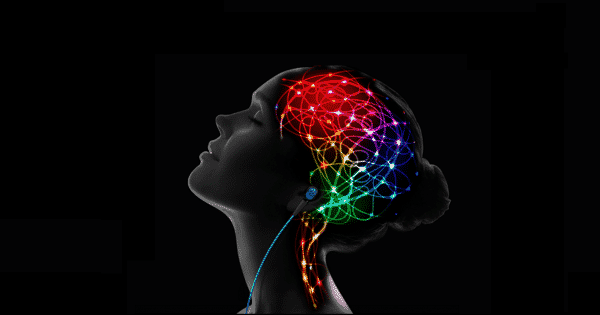 But why do we seem to crave these experiences particularly in the summertime?  Polar levels of air conditioning help, but there are certainly a ton of kids with an abundance of free time after school lets out too.  Historically speaking, however, it’s widely accepted that the blockbuster phenomenon started with a little Moby Dick of a movie called “Jaws,” wherein a mechanical monstrosity of “practical” special effects was the stand-in (swim-in?) for Moby Dick and Roy Scheider was Ahab.

The timing of the release of that film was surely critical in its success as real-world paranoia about sharks was severely stoked by the ferocity of the titular baddie.  If “You’ll never go in the water again,” as one tagline succinctly put it, then you might as well line up for the cinemaplex! 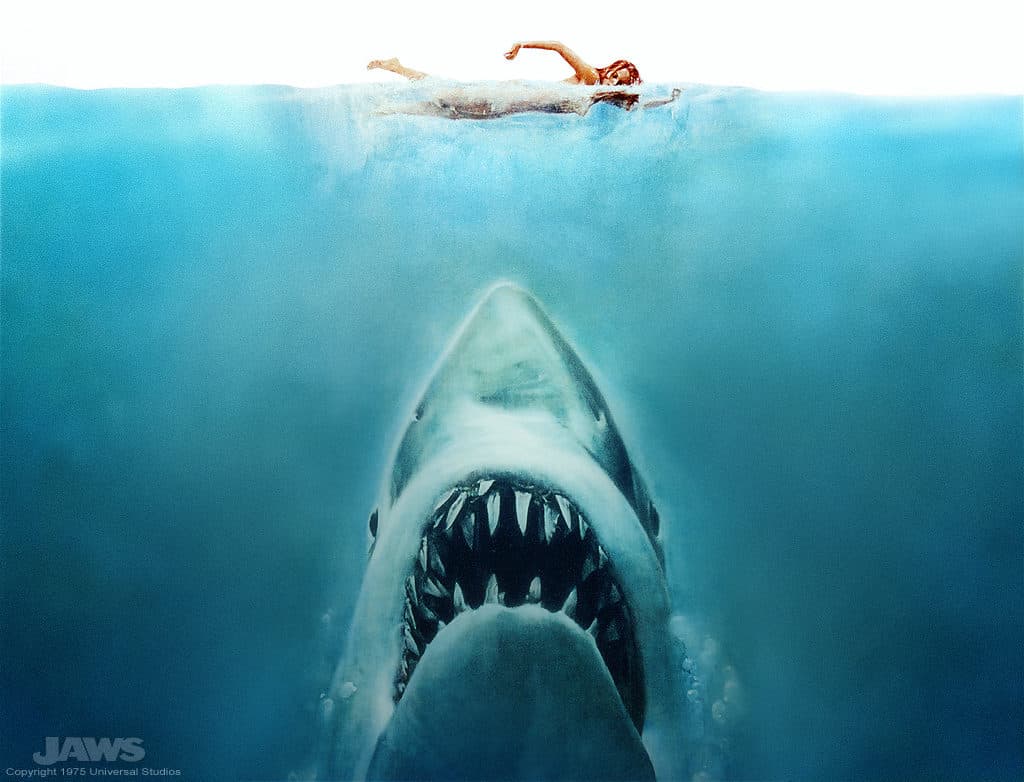 In the wake of Jaws’s success (excuse the pun), other studios clamored to make lightning strike again.  Jaws saw several sequels, even one rendered in 3D, but none of the follow-ups even came close to the horror of the original masterpiece.  You can’t fault them for trying, though.

And every summer thereafter Hollywood producers have tried many different iterations of the heroic-confrontations-against-major-threats formula, including homegrown terrestrial threats as well as those that are otherworldly.  In any event, a seasonal tradition had begun.

In a way, the blockbuster is about catharsis.  Life itself is full of complexities, ambiguities, and subtleties – little moments that surely carry some inherent personal meaning to ourselves and those close to us.  That’s all well and fine, but sometimes we just want to feel something bold and WRIT LARGE.  We want to have some clarity about who are the good guys and who are the bad guys.  We want to believe an overpowered hero or band of heroes can save us from Armageddon.

We just want to feel instead of think, but, in particular, we want to feel excited and titillated – we want our senses stimulated.  We can save all that cryin’ and cerebral stuff for the winter, but for now let’s just sit down with a bag of Twizzlers, buckle ourselves in, lower the lap bar, and get ready to enjoy the ride…