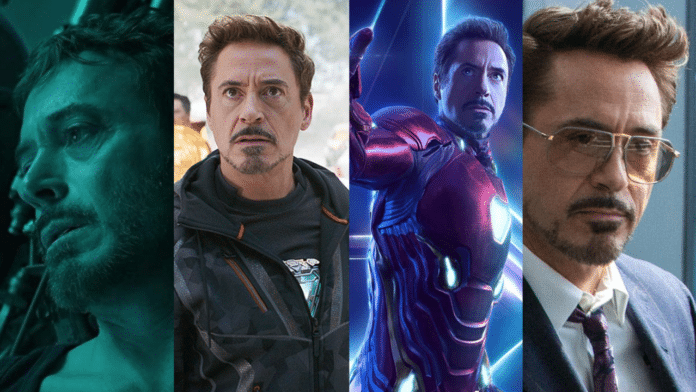 IF YOU’RE ONE OF THE FEW HUMANS LEFT ON THE PLANET WHO HAS NOT YET SEEN “AVENGERS: ENDGAME,” THIS ARTICLE CONTAINS SPOILERS.

Avengers: Endgame is a culmination on several levels, including the Infinity Stone saga.

It also brings the story of Tony Stark in for a landing. Iron Man was a driving force in 9 films of the Marvel Cinematic Universe (MCU), which allowed Robert Downey Jr. to inhabit and explore a role in ways few actors get.  Iron Man has been a superhero of the 21st century, giving audiences much to ponder while being thrilled by his exploits.

Previously I defined my Heroism Quotient (HQ) and Villainy Quotient (VQ).  I rate pop culture heroes along with five factors (0-20), yielding a Heroism Quotient (HQ) with a maximum score of 100.  The higher the HQ, the more heroic the hero. The factors are inspired by the thinking of Dr. Philip Zimbardo, who has explored heroism following his ground-breaking work on the roots of evil with the Stanford prison experiment.

I’m taking a different approach with Stark than with past hero profiles.  Starting with his origin story and finishing with Endgame, I’ll comment on Stark’s heroism in each of his 9 MCU films.  Then I’ll consider all of them in developing his HQ.

The one that started it all arguably contains the steepest slope along Stark’s character arc as he goes from egotistical weapons dealer to superhero.  By the end, he’s still egotistical, but at least he’s seen the error of his ways and takes significant risks to right some of his wrongs. However, his self-absorbed embrace of the superhero mantle smacks of external gain (superficial rewards).

In chapter two, Stark makes life miserable for those in his orbit, especially Pepper and Rhodey.  He’s living the dream as a superhero rock star, at least on the surface. What he doesn’t let on is that he’s fighting potentially fatal poisoning from his chest reactor.  Only when he reconciles with his father’s memory is he able to cure himself.

He then saves the day from a villain, Whiplash, who embodies some of his worse attributes.

Now we get to see Stark’s ego bounce off some other alphas.

Most notably, his worldview and values clash with those of anachronistic Steve Rogers. Cap asserts that Stark is incapable of self-sacrifice, but is proven wrong in dramatic fashion. Stark also learns how to be a teammate, abdicating de facto leadership to Cap.

This film includes a compelling depiction of PTSD stemming from Stark’s near-death experience in the Battle of New York from Avengers.  His responses are pretty dysfunctional at the outset, but he gradually develops coping mechanisms through connection. He establishes a bond with young Harley Keener, who makes a funeral cameo in Endgame, but he’s still a jerk to the kid (Stark’s parental instincts will come later).

The 4th of 5 Iron Man movies to this point requires him to be heroic because of a major screw-up on his part (see Iron Monger, Whiplash, Aldrich Killian, and now Ultron). Incredibly, all is forgiven after he stumbles into creating Vision and helps the team stop Ultron. They lay waste to Sokovia in the process, setting up the events of…

Though not to the point of PTSD, Stark still is traumatized by all the devastation wreaked by him and the Avengers.

His guilt pushes him into advocating, violently at times, for the Sokovia Accords. He and Cap initially face off because of their conflicting principles about superheroism.  While Stark wants to operate within an imposed structure, the heretofore patriotic Cap will answer to no one- not positions one would have predicted for the two when Avengers first assembled.

Their rivalry goes from principled to gut-wrenching when Stark learns that Bucky killed his parents and that Cap hid that truth from him. In heartbreaking fashion, Stark becomes an avenger.

Stark doesn’t get as much screen time in this film, but he starts to figure out the whole mentoring thing as he takes Peter Parker under his wing.  He keeps a ferry from splitting in half and foundering, but his heroism really is about starting to learn how to be a father.

With the fate of the universe in the balance, Stark lays it all on the line against Thanos.  He leaves (pregnant?) Pepper behind to take enormous risks with Spidey, Dr. Strange, and some of the Guardians.  Pretty heroic stuff, but even more is to come…

Honestly, I saw Stark’s ultimate sacrifice coming from a mile away, and not just because I figured Downey Jr. was ready to say goodbye to the MCU.  Stark’s wonderful post-Snap life with Pepper and their daughter Morgan was an obvious set-up for tragedy. But that didn’t detract one ounce of poignancy as he was willing to sacrifice all that he had to save everybody, everywhere.

There has never been a more heroic act depicted on screen.

Sum these 5 factor scores and Stark’s MCU HQ is 86.  That’s an outstanding score, but he’s still outpaced by Wonder Woman and Elastigirl.

Craig Pohlman is the co-author of CinemAnalysis: Learning about Psychology through Film. He tries to be heroic at least once a week.