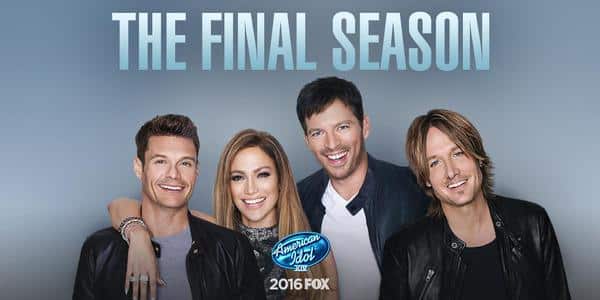 Since each of the contestants gave two performances, I rated each of the performances and then ranked them. I listened to the judges’ critiques after I gave my own grade and, to be honest, I didn’t always agree. The first round landed in the low B range overall, in my opinion. The second round was higher and it was obvious the contestants saved the best for last. At the end, I’ll give some thoughts about who won the night.

5. Dalton Rapattoni – The Sound of Silence – B+

I struck Tristan McIntosh from the rankings (I gave her a solid B) because she was eliminated in the middle of the show.

Trent and MacKenzie both had performances that landed at the bottom and top of the heap this week, so they averaged out somewhere in the middle. The night once again belonged to La’Porsha Renae who is solidly the favorite to win the whole competition. I’m not sure she has a true rival at this point. You can expect it to be her vs. the three remaining guys going into the finals and she will probably trounce all of them.

On another note, Dalton disclosed he has Bipolar Disorder in the package before his second performance. Again, having a cool, talented performer talk openly about his mental health struggles goes a long long way to helping destigmatize these conditions. He’s done more good tonight than he probably realizes. We are going to put him in the running as one of our mental health heroes of the year!