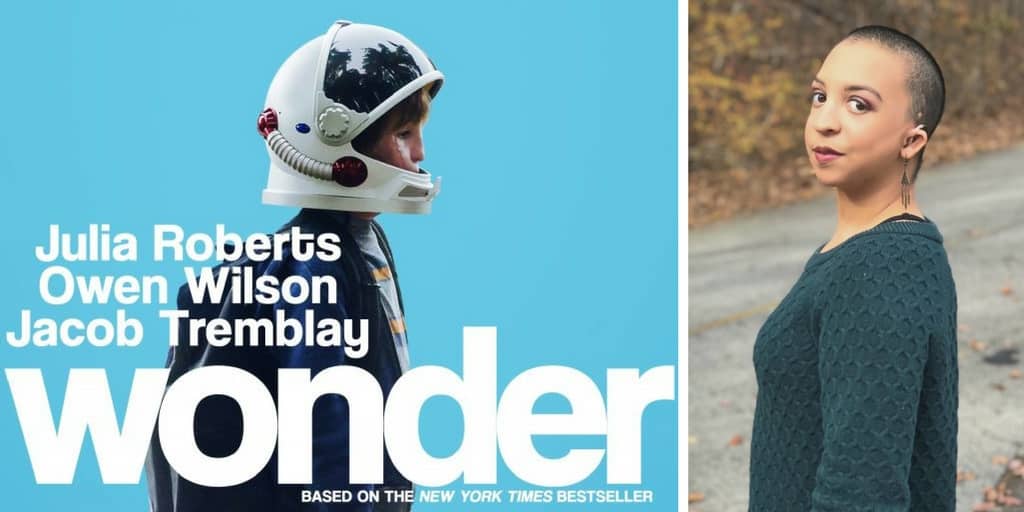 In Wonder, the new film by The Perks of Being a Wallflower director Stephen Chbosky, Jacob Tremblay (Room) plays Auggie Pullman, a fifth grader with a facial difference called Treacher Collins syndrome (TCS), a genetic occurrence that affects the development of the bones in the face and head. Auggie has been homeschooled his whole life, but now he begins life in a private prep school.

We watch him experience social rejection and outright bullying as he navigates his new school.

Auggie’s situation of Treacher Collins is rare, affecting about 1 in 50,000 children. The syndrome has some common characteristics, like unusual development—or even the absence—of facial bones, including the jaw, cheekbones, and middle ear bones. Eyelids and outer ears develop differently, as well.

I spoke with Olivia Miller, a young woman with Treacher Collins syndrome, and her mother, Judy Miller-Mosher, the co-founder of Treacher Collins Network. Judy is not only an advocate for TCS but also has a milder version of the syndrome herself.

I asked them what they thought of the movie. They both said it had a positive message for both kids and adults, but they said one important aspect the movie didn’t emphasize was the experience of going through multiple painful surgeries for years.

In the film, we see Auggie Pullman’s medical wristbands pinned to the wall, each representing a difficult procedure, but the film focuses on the negative emotional and social impact of Treacher Collins more than the painful, invasive, and constant medical operations.

“They didn’t show the lifelong surgeries,” Judy said. “This is very different for the craniofacial community than for people in the typical community.

Olivia agreed. “They didn’t show any of the behind-the-scenes, the surgeries and everything. You didn’t see that part and that’s a huge part of it and that’s something that we all have to go through. People just see the bullying, but there’s also the surgery that is a major part of it.”

Within the past month, Olivia had a surgical procedure that removed fused bone out of her jaw to allow her to open her mouth more fully. The doctor also put some bone from her skull and put it under her eyes because she was having a problem with her eyes tearing up frequently.

“Sometimes the eyes (of people with TCS) have trouble closing all the way,” Judy added.

Obviously, no film can get it all right or capture all the aspects of a person’s experience, but for Olivia and thousands of others with TCS, the medical aspects are perhaps the most life-altering part of the syndrome.

For Olivia, as difficult and consuming as the surgeries have been, they have also changed her life. Having gone to a small, private school through elementary school, Olivia transferred to a public middle school. In the old school, she knew everyone, but the switch was difficult.

“Everyone knew who I was, but then I went to a public middle school and there were hundreds of new faces to get used to,” she said, adding. “I suffered the most in middle school.”

Socially, she had some difficult times in middle school. “I remember wishing I was a typical girl in middle school,” she said. “You have the pressures of dating and there were boys who didn’t want to look your way at all.”

Judy said this is often invisible to parents who may think their kids are doing fine. “Most parents never know,” she said. “The kids hide their feelings.”

Olivia had tough years at a time when kids are already wrestling with complex issues of identity, where they fit in socially, and their self-esteem. However, the hardships also changed her for the better in some significant ways.

“I got to the point where I developed a different viewpoint and it helped me see people in a different way,” she explained.

When asked how her perspective changed, she said,

“I feel I am more compassionate and judge people less since I have Treacher Collins.”

In 9th grade, a major surgery “changed her whole face,” according to Judy, and began to change her life. “She went from having lots of issues to much fewer issues.”

It was not as if all of her difficulties were behind her, but the procedure allowed her to move into her high school years with more confidence.

[blockquote text=”“I realized being different was a positive thing,” she said. “I started to view it in a positive light.”  Then she added a powerful statement: “I would rather have TCS than not have it; I feel it has made me a better person.”” text_color=”” width=”” line_height=”undefined” background_color=”” border_color=”” show_quote_icon=”yes” quote_icon_color=”#f7c520″]

Judy saw the change in her, too. “She became an advocate for many other causes,” she said of her daughter.

Like many resilient people, Olivia’s hardships and struggles have made her a stronger person. She said TCS equipped her to manage whatever life has thrown at her.

“When you get out in the real world, it puts things in perspective, like, ‘This isn’t so bad. I’ve been through so much worse.’”

And not only grit and perseverance, the experience of dealing with all that comes with Treacher Collins—the medical hardships, the social struggles, the emotional drain—has deeply enriched her character, causing her not to turn inward, but to focus on others.

“She definitely has become more compassionate,” said Judy, who has been a strong advocate for her and many others with Treacher Collins. Judy is a big proponent of counseling for kids and families, as well as the need to find retreats and groups for others who have the same syndrome. “Go where there are people with differences,” she advised. 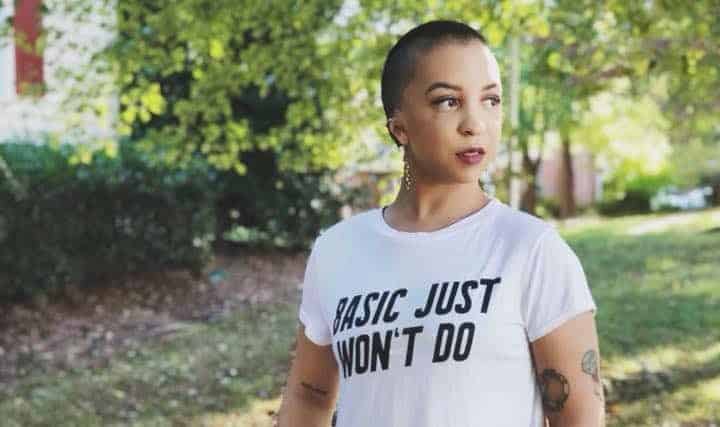 “I’m concerned about the kids now,” Olivia told me. “I want them to know you eventually grow into someone different.”

When I asked her what advice she would give to a kid with TCS, she said, “It’s so important when you are a kid to just be a kid. If you can make friends, then keep them. It’s important to act almost like you don’t have a facial difference.”

She continued to emphasize the theme of making and keeping friends for teenagers, adding “You have to stick to the friends that you find that are true. When you have a difference, you aren’t exactly in the popular crowd. You have to care about the person on the inside rather than on the outside.”

These themes of looking at a person’s inside and choosing kindness permeate the film, Wonder, too. In these days where there seems to be so much hostility, it’s refreshing to have a story that is unapologetically about the importance and power of kindness.

“I feel like a lot of kids will walk away feeling like they have gotten a good message from the movie,” Olivia said.  The same is true of Olivia and her own life.

She is living an awesome story of compassion, kindness, and resilience. She is a real-life wonder.

Click here to listen to Olivia speak on growing up with TCS and to learn more about the syndrome.