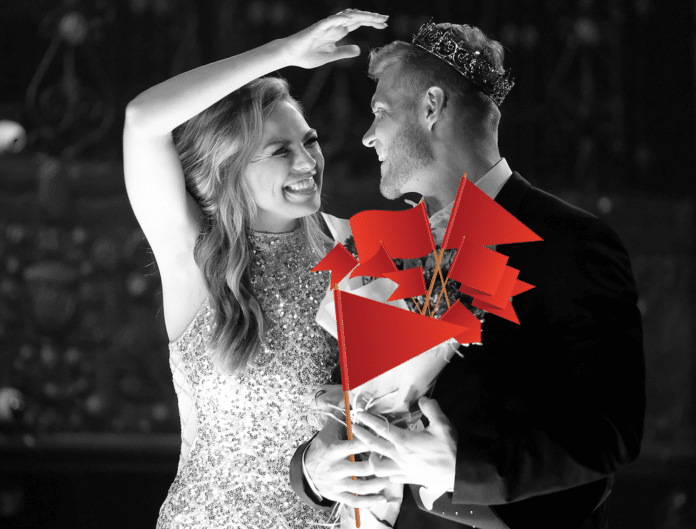 This season of The Bachelorette, I have become disheartened.

Let me start by saying that I am one of the biggest The Bachelor and The Bachelorette fans out there. Every Monday night, I make myself a bowl of popcorn, tune out the rest of the world, and indulge in the rose-colored lens of the unconventional love fantasy that plays out on my television. Why is this? I am a hopeless romantic, so anything that embodies romance, love, dating, or relationships, I am ALL about it…even if it’s about one girl dating thirty guys at the same time.

That said, I no longer get the guilty pleasure of watching current Bachelorette, Hannah Brown, build beautiful love stories. Instead, I am watching her drown in the singular horror story that is Luke Parker. 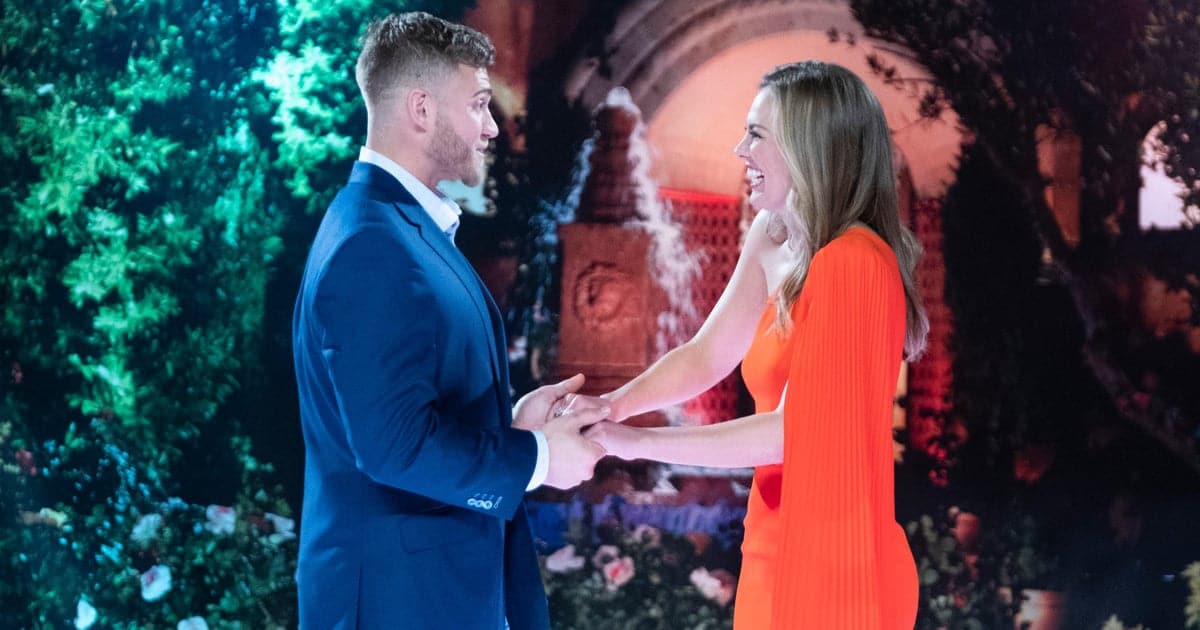 Luke Parker, dubbed Luke P., is the classic Bachelorette contestant: attractive, well-dressed, twelve-pack, good hair—you name it. Women across America, myself included, swooned when he stepped out of the limo. However, my initial infatuation with him quickly turned to disgust. This disgust can be summed up in two words: RED FLAGS.

Throughout the season, Luke has hoisted his many red flags at full staff, and it’s not only the viewers and the other men in the house who acknowledge them—but also Hannah herself.

Yet, Hannah is not able to let Luke go. Why is this?

The following is a look into all of Luke P.’s red flags he’s displayed on the show thus far:

Luke P. is the master of sweet talking.

Don’t get me wrong, most people love kind words and compliments from someone that they are romantically interested in. But what about when these sweet nothings feel rehearsed and disingenuine?

While watching the show, it seems that Luke’s words fall perfectly off his tongue, and he doesn’t have to give them a second thought. He says everything that Hannah wants to hear – including telling Hannah that he was falling in love with her on the second episode. 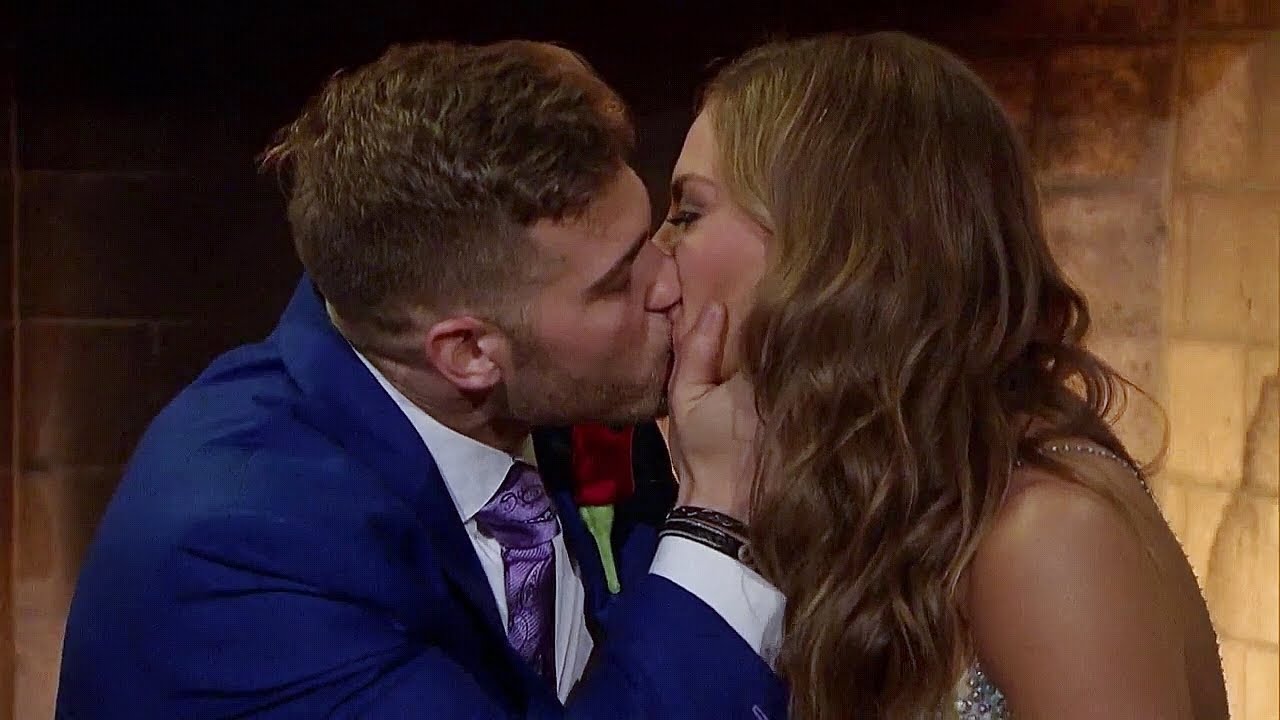 The ease and perfection that Luke portrays while saying “perfect” things to Hannah drive me to question the authenticity of his words. I’m not able to decipher between his true feelings and what he’s only saying to stay on the show. Every time that Hannah sits down to talk to Luke, I want so badly to run through the television screen, shake her, and scream, “Don’t believe him!”

Being confident in oneself is awesome. But when confidence turns into cockiness… not so awesome.

We frequently witness Luke boasting about his relationship with Hannah in front of the other men, effortlessly interrupting Hannah’s conversations with the other men, all the while never exhibiting any signs of nervousness or awkwardness when he talks to Hannah.

His confidence has us wondering: are his supposed feelings for Hannah real, or just rehearsed?

None of the other men enjoy being around Luke P.

Who wants to date—or marry—someone who isn’t able to make or sustain friendships?

While the other red flags are important to recognize, this red flag is the one that scares me the most.

On the fifth episode of the season, after a one-on-one date together, Hannah made the decision to not give Luke a rose. However, Luke disrespected this decision, and instead made a beautiful speech to persuade her to change her mind and to keep him on the show. His speech was the perfect combination of everything that Hannah had wanted to hear,  even throwing in a sentence about marriage…cards well played, Luke.

And what did Hannah do? She ignored her initial decision and let him stay.

As expected, the other remaining men in the house were not pleased with Hannah’s choice and even expressed their concerns. Nevertheless, in response to the backlash from the other men, Hannah defended and even made excuses for Luke’s actions. 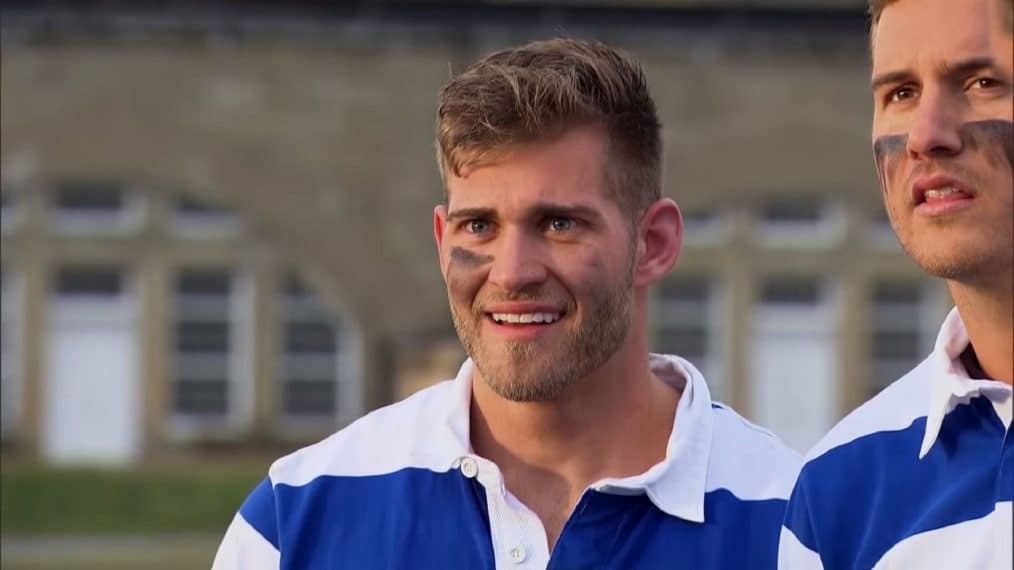 As a viewer, watching Hannah ignore and defend Luke’s seemingly obvious red flags is infuriating, but she is not the only one who should be blamed for being caught in Luke’s scheme. At first, I found myself angry at Hannah for putting herself through the lies and manipulation of Luke. However, after taking a step back, I realized that I, and I’m sure many others, have been in Hannah’s situation before.

In college, I was completely infatuated with a guy with similar characteristics as Luke P—seemingly great and charming at first glance. This guy fed me compliments, and he told me the right things at the right time. My friends made it clear that they disliked him and the way that he treated me. I, much like Hannah, found myself defending him and convincing myself that he was great—and that “my friends just couldn’t understand.”

It was evident to those on the outside that there were many red flags, but I didn’t want to see them for myself. I couldn’t see the forest for the trees.

When this “great” guy ended things with me, I was devastated. In the next few months, I found myself analyzing everything that I said wrong. Everything I did wrong in the relationship. Why I wasn’t enough for him.

It didn’t occur to me until many months later that I wasn’t the one to blame. He was.

Regardless if you watch or if you’re a fan of The Bachelorette, the relationship between Hannah and Luke is a perfect example of a toxic relationship that occurs too often to too many people and is an important one to learn from. It raises many questions. Despite how wrong a person is for us, why can we not let them go?

Why do we defend the person? Why do we fight the red flags? 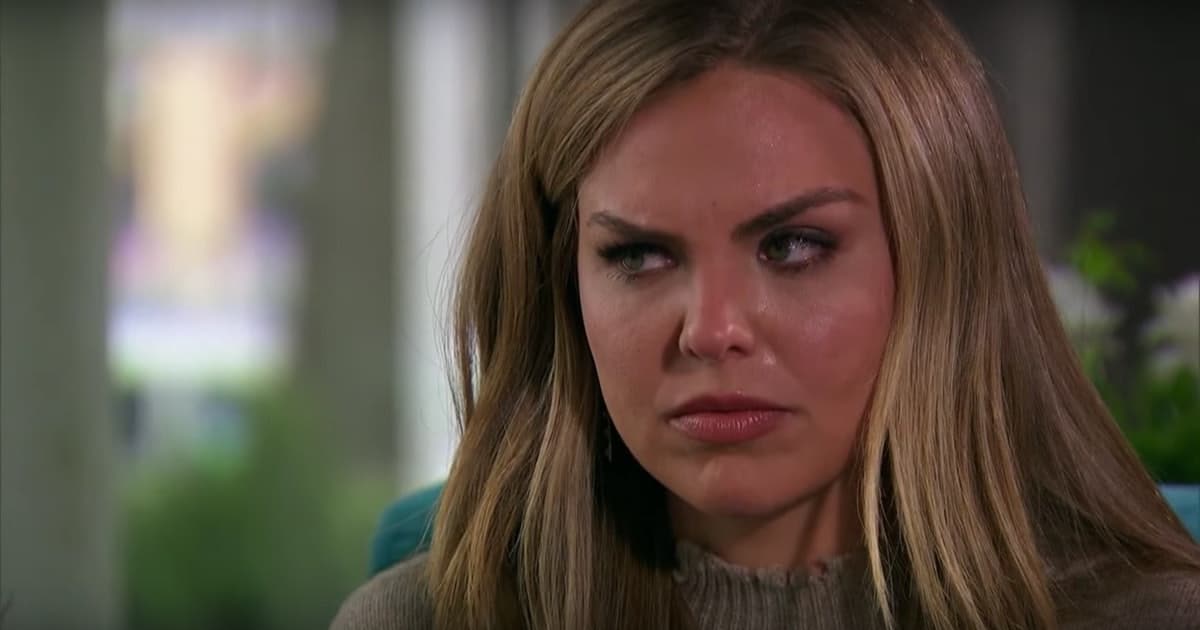 Dr. Biali says the problem is not rooted in whether one sees the red flags in a partner or a friend but is rather rooted in one’s response to the red flags…which often is nothing. Hannah recognizes and admits the wrong in Luke, but she doesn’t respond to his red flags. Why can’t she let him go?

Dr. Biali suggests that hesitation and ignorance of red flags may stem from a variety of reasons. People may be excited about the possibilities of a relationship and have hope of good times ahead with a person; They ignore the bad in order to prevent tinting the possibility of good. It’s easier for people to focus on the right about a relationship—the memories, the attraction, the laughs, the connection—and to push the wrong to the backburner.

People may also convince themselves that the gut feelings they have are just “overreactions.”

It could also stem from the other person in the relationship manipulating and persuading them that they’re wrong and to stay—Luke P.’s speech begging Hannah for a rose comes to mind.

My hope for Hannah is that chooses to respond to Luke’s red flags, that she recognizes that she deserves more and that she realizes that, even without Luke, she’s still surrounded by great men that genuinely care about her.

After my experience with the wrong person, I am more aware of spotting negative behaviors and feelings in relationships, and I listen to the opinions of trusted friends and family. I am now in a great relationship with a guy who truly cares about me, who loves me, and who treats me well, and I’ve never been happier.

I hope the same for Hannah.

Any relationship that you are in, whether it be friendly or romantic, I encourage you to be aware of every single one of the factors and emotions that you have in a relationship, not just the good ones. Listen to your friends, listen to your family, and listen to those who care about you. 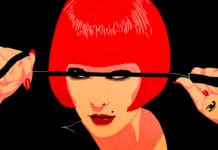 Psychology of Fetishes: How Do We Think About Fetishes in a Sex-Positive Culture? 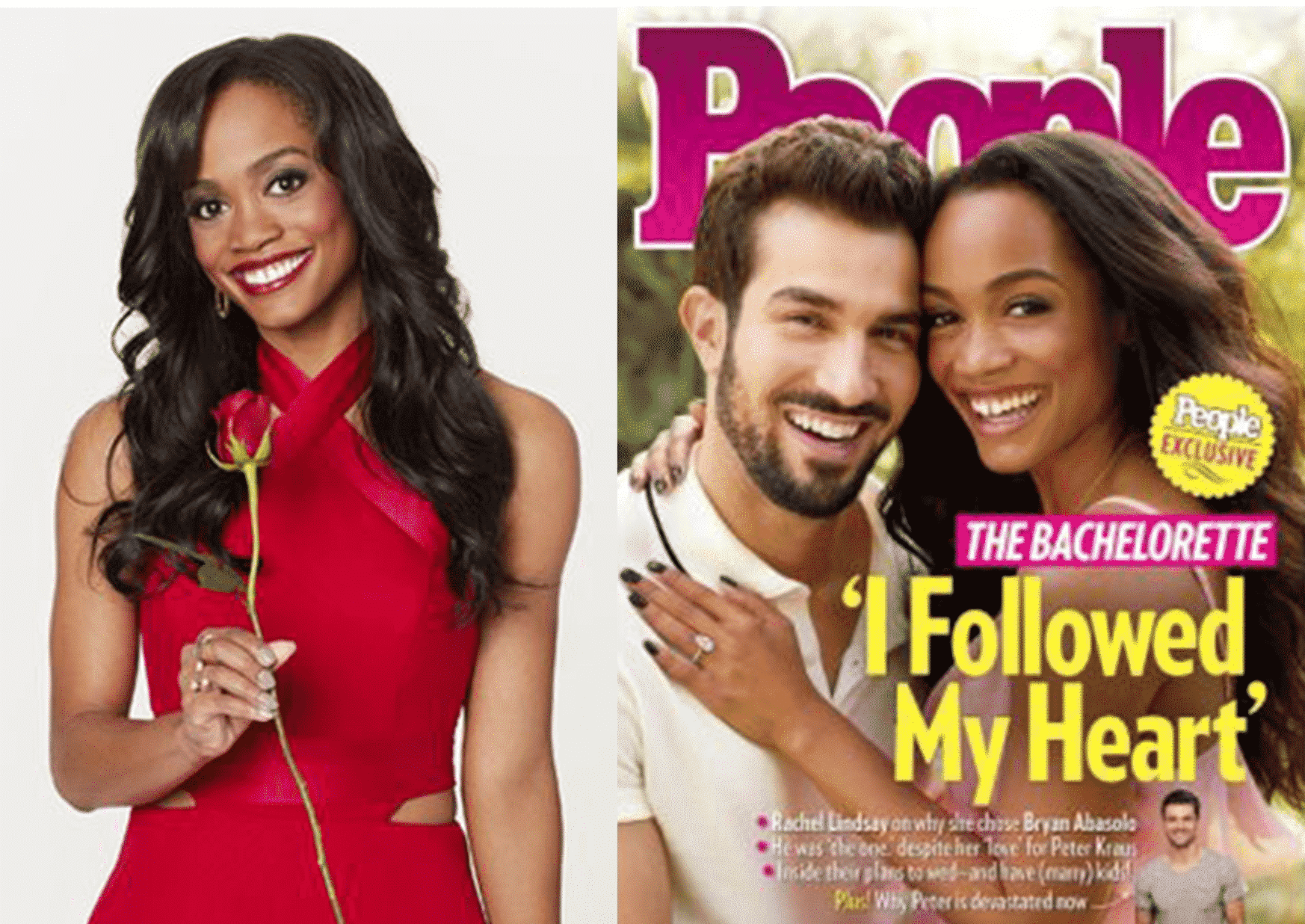