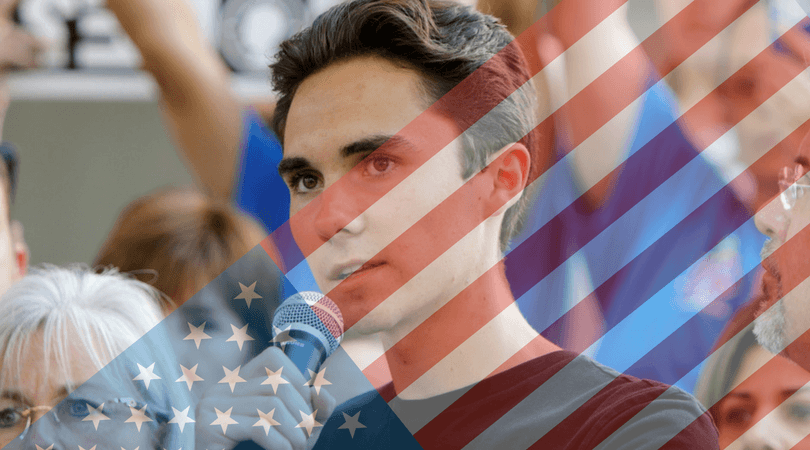 I must admit, that although I have strong opinions on many social issues, I’ve been fairly lackadaisical in my activism.  I’m not entirely sure if it’s because my generation (Gen X) didn’t participate in many social protests so it’s not embedded in my psyche, or if I’m simply a typical middle-aged dude that can rationalize his way out of anything that requires a little extra effort.

Today’s Youth are Leading the Charge

But as I watch my two daughters Kaitlyn (15) and Robin (turning 12 next month) navigate the unique challenges of this era, it fills me with hope for them and inspires me to be a better person.  For me, becoming a better person requires more social activism.

“My daughter wants to be a part of something bigger.”

The reason I am attending the Washington, DC “March for Our Lives” rally is Kaitlyn.  And I am grateful that she has challenged and pushed me. She had every opportunity to attend the local Charlotte rally.  If she had chosen that convenient option, she wouldn’t have had to travel 6+ hours each way with her uncool dad.

She would have been able to participate in the rally with her friends. But Kaitlyn wanted to attend the national rally in our nation’s capital. She wanted to be where the Parkland school shooting survivors are. My daughter wants to be a part of something bigger.

Give Teens a Louder Voice in Politics and Reform

The school shooting in Parkland, Florida has been a catalyst for political repercussions that may change the debate about gun violence in America. But the powerful impact that high-school students are having on gun reform has raised another question:

Shouldn’t these young people be allowed to cast ballots?

The answer is yes.  But unfortunately, many of them are not yet old enough to cast a vote.

There is Precedent in Lowering the Voting Age

The United States formally certified the 26th Amendment to the U.S. Constitution, lowering the voting age from 21 to 18 in 1971. The main motivating force for the change was the Vietnam War and the military draft. Tens of thousands of young Americans were drafted into the military when they turned 18. But because they could not vote until they turned 21, these young Americans had no say in shaping the policies that determined their own fate. 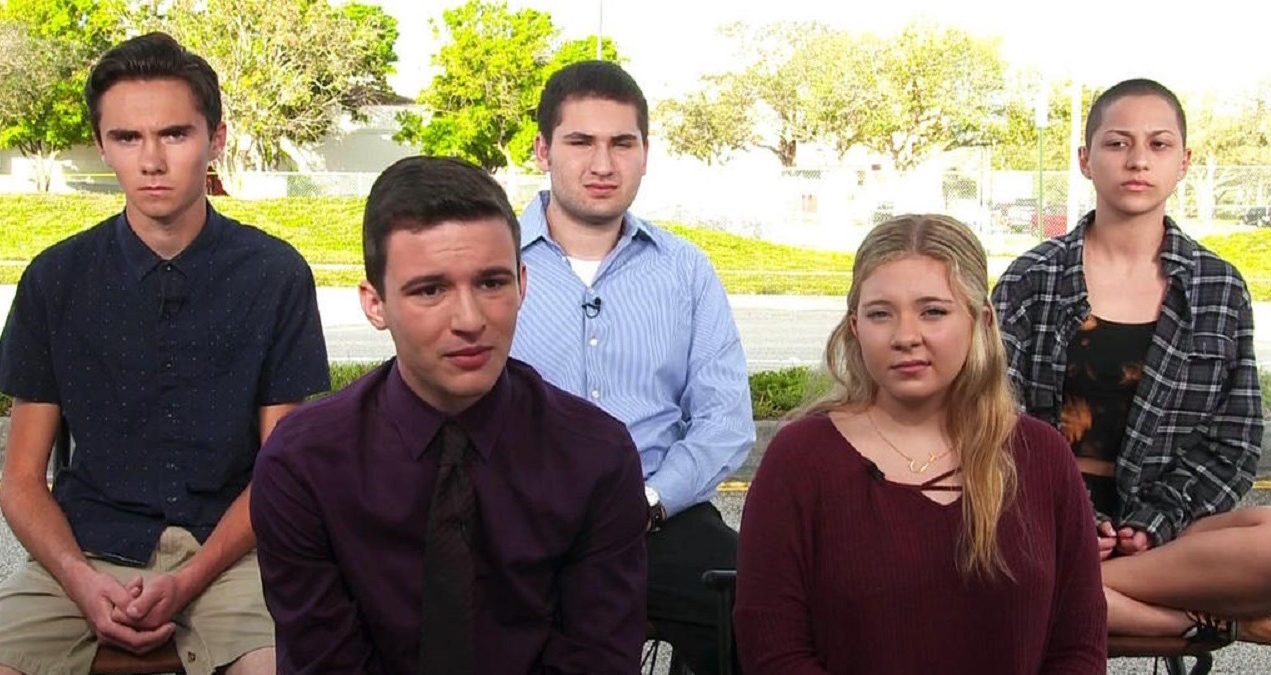 So why should we consider lowering the voting age to 17 or even 16?

Well, today’s outrage stems from the fact that those most vulnerable to school shootings have no voice in how such occurrences are best prevented.  And given the gridlock of actual gun reform in politics and apathy from many adults and politicians, perhaps it is time to give younger folks more than just their voices to make a change.

If American changed the voting age, it would merely join a list of other countries and states around the world that have afforded young people more of a voice in shaping their national policies.  Countries such as Austria, Brazil, Cuba, Ecuador and Nicaragua allow voting at 16. Scotland during its historic 2014 independence election, Scotland opened up its ballots to sixteen-year-olds.

Several German states also allow voting at 16.  After Britain’s 2016 #Brexit vote, British billionaire Richard Branson began for lowering the voting age to 16, because young people are more “interested, motivated and informed” than ever before, and often “on the right side of history.”  Side note, younger voters overwhelmingly opposed Brexit.

The movement to lower the voting age has already begun in the United States. Takoma Park, Maryland, became the first municipality in the U.S. to open voting rights to 16- and 17-year-olds for local elections in 2013. Hyattsville, Maryland, followed suit in 2015.

The Solution to Voter Apathy?

Young people between 18 and 24 have the lowest voter turnout of any age group in the United States. America as a country has one of the lowest rates of voter turnout in the developed world.

Jens Olav Dahlgaard, an assistant professor in political science at the Copenhagen Business School, has written about the upside of lowering the voting age for The Washington Post.  According to Dahlgaard, there are two good reasons to reduce the voting age; (1) it is likely to help young people establish the habit of voting lifelong, and (2) it makes their parents more likely to vote as well.

Voter turnout among 16- and 17-year-olds is significantly higher than it is among older young adults in the countries that have lowered the voting age.  In Takoma Park, Md., the 16- and 17-year-old age group is twice as likely to vote than are 18-year-olds.

Give This Teen a Vote

Cameron Kasky is a survivor of the Marjory Stoneman Douglas High School shooting. He is 17 years-old and cannot vote this year. But that didn’t stop Kasky from confronting Florida Senator Marco Rubio and his long-term political relationship with the NRA.

During a CNN town-hall meeting, the high school senior confronted the senator when he asked, “In the name of 17 people, you cannot ask the NRA to keep their money out of your campaign?”

Rubio responded, “I will always accept the help of anyone who agrees with my agenda.” Kasky left the town-hall meeting with his dignity and respect.  Rubio left having been beaten by a smart and crafty high school teen.

You would be hard pressed to convince me that someone like Kasky or fellow Parkland survivors David Hogg won’t take their voting privilege seriously.  They are both 17. I’d argue that they are more politically informed and active than most adults. We should be confronting adults about their political and voting apathy.

But we also should extend the privilege of voting to Kasky, Hogg, and other teens. 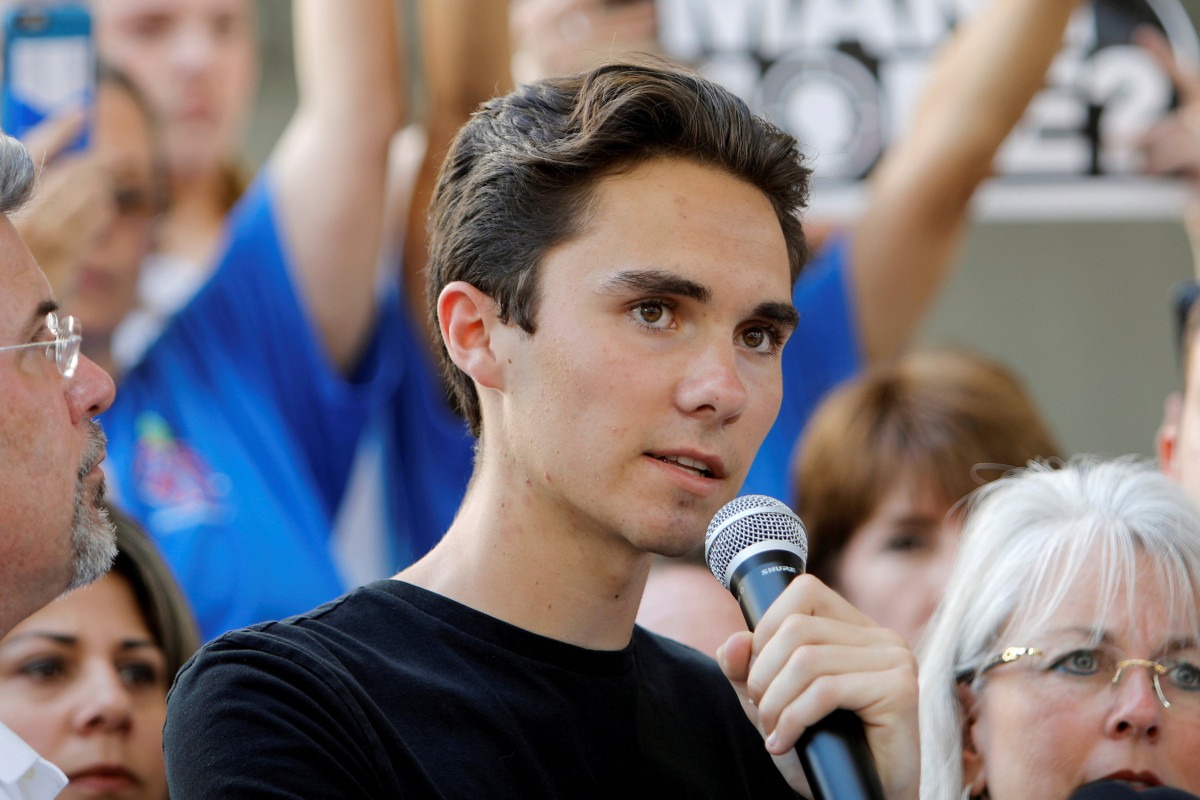 Like every parent, I worry about my children.  I worry about Kaitlyn. I worry about her choices, her resiliency, and her future.  My anxiety spikes when I think about her driving or leaving for college. But if she was given the right to vote in two years or even next year when she turned sixteen, I wouldn’t worry about her not taking that privilege seriously.

“I’d argue that the Parkland survivors are more politically informed and active than most adults.”

Kaitlyn was able to get her middle-aged dad to agree to join her and an estimated 500,000 folks at tomorrow’s “March for Our Lives” in our nation’s capital.  She’s already leading adults to a greater future.