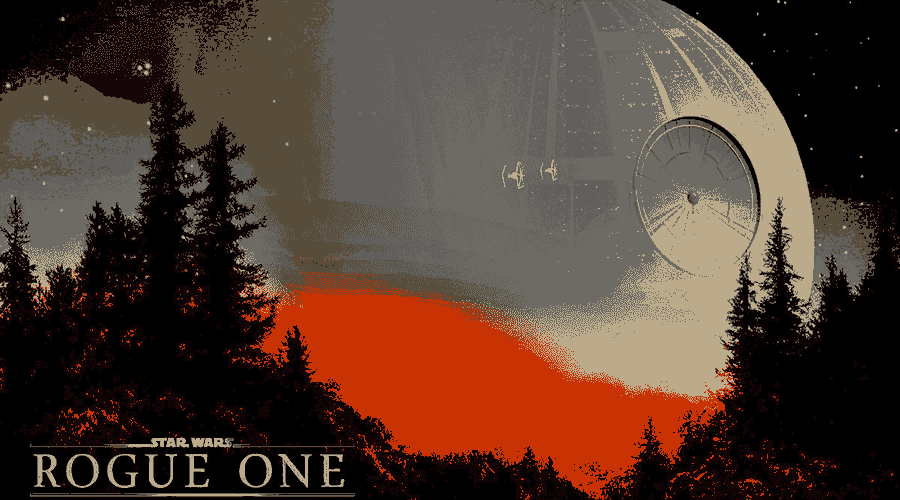 Rogue One pits a small band of rebels against the Galactic Empire. But what drives people to fight as underdogs against astronomical odds?  The new trailer sheds light on what inspires this ragtag team to challenge the Empire.

The following article contains excerpts about the psychology of underdogs from the book Star Wars Psychology: The Dark Side of Mind. Elements have been added to include The Force Awakens and what is known about the upcoming Rogue One film.

“What good is a reward if you ain’t around to use it? Besides, attacking that battle station is not my idea of courage. It’s more like suicide.” —Han Solo

Why do people fight a losing battle? Why do people persist when the odds are against them? Perhaps there is no greater fear among human beings than the fear of suffering and death.  And yet, stories and tales that inspire humanity often involve heroes who stand up to evil and oppression in the face of defeat or even death.

Rogue One: A Star Wars Story is standalone prequel that centers around the Rebel Alliance and their attempt to steal the plans for the first Death Star. The new film, directed by Gareth Edwards, reportedly concludes moments before the beginning of the original Star Wars: A New Hope, meaning that we know that the Rebels in this film succeed in their mission.  However, none of the central characters in Rogue One appear in the original Star Wars trilogy, leading to speculation that most (if not all) of the rebels perish in their attempt to steal the plans.  So what inspires men and women to stand for what they believe in while staring into the face of death?

Research studies show that our brains automatically evaluate fairness. Humans seem to have a positive or pleasurable response to fair treatment and a disgust or protest response to unfairness.  Viktor Frankl, when describing his concentration camp experiences in his book Man’s Search for Meaning, stated that when beaten by guards or punished severely for no reason or minor infractions, he found the emotional pain and humiliation of unfair treatment more unbearable than the physical pain. Unfair treatment seems to be intrinsically aversive and fair treatment inherently pleasurable.

“The world is coming undone.  Imperial flags reign across the galaxy.” —Saw Gerrera

Lawrence Kohlberg was an American psychologist who built off psychologist Jean Piaget’s theory of stages of cognitive development to identify specific stages of moral development. Kohlberg’s theory centers on the notion that justice is the essential characteristic of moral reasoning.  The primary motivations for sticking with and rooting for the underdogs may be concerns with justice and fairness for the disadvantaged.

In the original Star Wars trilogy, the audience meets Han Solo as a smuggler fixated on his own self-interests. He openly says that he is only looking out for himself. Money, not a sense of duty or hatred of the Empire, is all that motivates him to transport Obi-Wan and his group to Alderaan or to help rescue the princess on the Death Star.

Han Solo: Marching into a detention area is not what I had in mind.
Luke Skywalker: But they’re gonna kill her!
Han Solo: Better her than me! 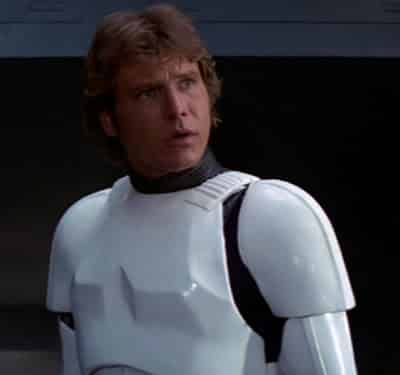 Individuals at the pre-conventional level judge the morality of an action by its direct consequences. Eventually Han is confronted with how long a person can tolerate oppression and suffering around them while remaining neutral and avoiding taking a side or stand. His relationship with Luke and Leia compels him to step outside of his egocentric life and make choices on behalf of others.

Contrast Han with Princess Leia. Her character operates at the level of post-conventional morality. She is willing to sacrifice her own life on every one of her missions. She also will not sacrifice her comrades to spare her own life.

Governor Tarkin: She lied. She lied to us!
Darth Vader: I told you she would never consciously betray the Rebellion.

Star Wars: The Force Awakens introduced a new character who faces similar dilemmas in risking their lives.  Finn, the Stormtrooper who has a change of heart, originally helps out the captured Rebel pilot Poe Dameron for his own self-interests.

His strong belief that the First Order, led by Snoke and Kylo Ren, cannot be defeated compels him to abandon his new friends. It is only when Rey is taken that Finn discounts his own safety and self-preservation and puts his life at great risk to rescue his friend.

Mon Mothma: On your own from the age of fifteen; reckless, aggressive, and undisciplined.
Jyn Erso: This is a rebellion, isn’t it? I rebel.

What is known so far about Rogue One suggests that Felicity Jone’s Jyn Erso is a character in the same vein as Han Solo. She’s a survivor who delights in rebelling. Like Han, she also is more of a loner than team player, centered around her own self-interests and self-preservation. Although she is not someone the Rebellion trusts right away, she does appear to be their only hope. 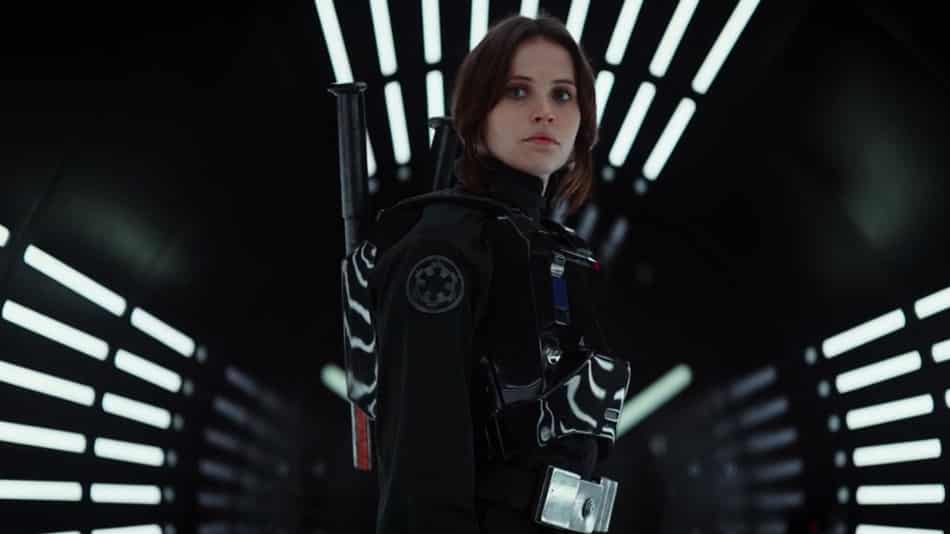 “If you’re really doing this, I want to help.” —Cassian Andor

Contrast Jyn Erso with the character of Captain Cassian Andor, portrayed by Diego Luna. He is Jyn’s foil. He has ample experience fighting the Galatic Empire. He also is a realist and understands the risk involved. Yet he takes on the role of Captain and takes his responsibilities of combating the Empire seriously. Knowing that Andor and Erso work together to successfully steal the plans suggests that despite their backgrounds and moral reasoning being different from one another, eventually they will become united in their mission and purpose.

Kohlberg’s theory of moral development provides one possible perspective, but it relies too heavily on justice in interpreting how people make moral choices. Perhaps exploring specific values and virtues that are associated with underdogs and lost causes can complement Kohlberg’s findings.

Positive psychology is the scientific study of the strengths and virtues that enable individuals, communities and organizations to thrive. It is grounded in the belief that people want to lead meaningful and fulfilling lives, to cultivate what is best within them, and to enhance their experiences of love, work, and play.

So what are the specific strengths and virtues of Positive Psychology that can be attributed to standing against tyranny at all costs and are these character strengths exhibited in the Jedi?

Courage consists of emotional strengths that involve the exercise of the will to accomplish goals in the face of opposition, both external and internal, neither being dependent on actual size of the opposition or threat. It requires bravery and perseverance regardless of obstacles. The Rebel Alliance is afforded opportunity after opportunity to abandon their cause in the face of setbacks and defeat. The briefing before the climactic trench run in A New Hope highlights the underdog odds prior to the actual assault.

Scenes from the teaser trailer for Rogue One shows captured prisoners in Rebel flight gear. We also see Jyn and Cassian fleeing a large squad of Stormtroopers. It doesn’t look like the mission will go off without a hitch.

Regardless of pain, suffering, or loss, many men and women will not stop helping and caring for others regardless of the risk to their own lives. The Rebel Alliance do not make light of the sacrifice that their spies paid to help smuggle information out of the Empire’s domain. Luke’s initial call to action is his inability to stand by idly while Princess Leia gets executed. And Han Solo changes his priorities when the tyranny of the Empire is personalized and someone they know or care about is now under threat.

This phenomenon is repeated in The Force Awakens with Finn’s friendship to Rey. How will it play out in Rogue One? We’ll have to wait to see, but Saw Gerrera, played by Forrest Whitaker, asks the same questions we’re curious about:

“If you continue to fight, what will you become?” —Saw Gerrera

Never Tell Them the Odds

What drives the Rebel Alliance to continue to fight against the odds? Quite simply, their moral reasoning is guided by justice, courage, and humanity. They have resolved their own fear of death. Regardless of the outcome, they have what it takes to keep fighting despite the odds stacked up against them. I am excited to see how this plays out in Rogue One: A Star Wars Story.

Jyn Erso: This is our chance to make a real difference.  Are you with me?
Cassian Andor: All the way.

Hope is not merely a positive emotion, but a dynamic cognitive motivational system.  Hope leads to learning goals, which are conducive to growth, improvement, and success. People with learning goals are actively engaged, constantly planning strategies to meet their goals, and monitoring their progress to stay on track.

Those without hope, on the other hand, tend to adopt mastery goals – easy tasks that don’t offer a challenge or opportunity for growth. When they fail, they quit, act helpless, and feel powerless. They don’t believe in their capacity to obtain the kind of future they want. They have no hope.

“We have hope.  Rebellions are built on hope.” — Jyn Erso

Rogue One: A Star Wars is now in theaters nationwide.