I have never met Prince Harry.  In 1999 I did catch a glimpse of the Queen Mum waving from the back of a car whilst on her way to christen a ship. Our personal relationship notwithstanding, I was not invited to witness the Royal nuptials just shy of a week ago.

Despite the snub, I, like millions of people across the globe, have an ongoing interest, fascination, and investment in the lives of these remote, multimillionaires across the Atlantic Ocean.  I joined along with those millions, set the alarm for 5 am, poured a cup of tea, donned a fascinator, and tuned in to watch the Duke and Duchess of Sussex exchange their vows on May 19th, 2018. Could there perhaps be a psychological explanation for our collective oohing and ahhing over all things royal?

Spoiler alert, if you haven’t read any of my pieces prior to this one, there’s always a psychological explanation.

The Royals help us to maintain a belief that the world is a fair and orderly place.  Despite all evidence to the contrary, humans tend to cling to this belief, that good things happen to good people, and bad things happen to bad people.  In psychological parlance, this is known as the Just World Fallacy.

As is true with thinking errors in general, we have a tendency to seek out and remember the supporting evidence, while ignoring facts to the contrary. Meghan and Harry’s love story has all of the ingredients required to support this belief; Prior to her acting career, Meghan led an average, bordering on mundane, life. 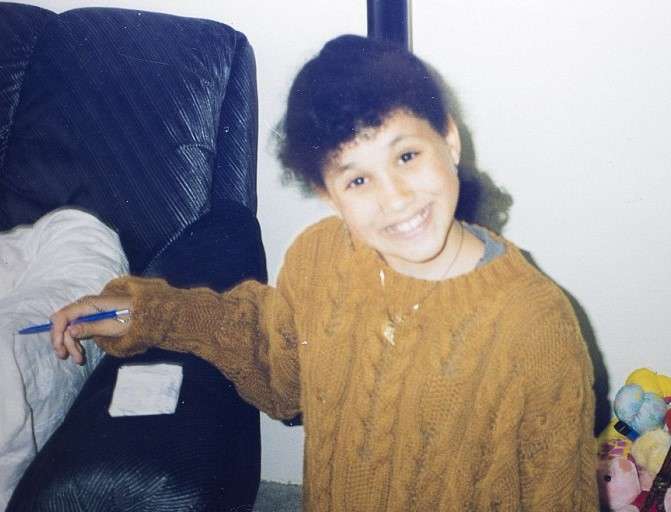 She was raised by a single mother, attended college, and had a marriage and divorce already under her belt.  Although Harry’s life is far from average, ever since the world watched and grieved the death of his mother alongside him, we’ve been rooting for him to succeed.

If they can find each other and live out the happily ever after fairytale, then we can feel that much more secure that there is some order or guiding principle to the world.  It feels safer, more controllable.

“You cannot escape the responsibility of tomorrow by evading it today.”

“You can postpone the responsibility of tomorrow by indulging in a little royal watching today.” – Jana Scrivani

They provide a much-needed respite from the cares of the real world.  Regardless of where you fall on the political spectrum these days, one thing we can all agree on is that, as a society, we are more stressed than ever.  We work longer hours, spend less time with our families, our purchasing power has decreased and our expenses have increased. It’s no wonder that sales of alcohol have skyrocketed and opioid addiction is rampant.

People are desperate to escape, and in the grand scheme of things, what could seem more harmless than spending a few hours lost in a world of carriages and castles, queens and tiaras?

All The Lonely People…

Harry, Meghan, William, Kate, (and even Charles and Camilla) fill a void. We are lonely.

Lonelier than ever if you check out this recent study. I was a freshman in college in late August of 1997, just completing orientation, when the news broke that Princess Diana had been killed in a car crash in a tunnel in Paris. We all felt connected to the young Princes, watching them trail behind their mother’s coffin, bedecked in flowers and a card, reading only “Mummy,” in a childish scrawl.

We watched the extended courtship between William and Kate, slowly accepted Camilla, laughed and cried with each new Royal addition. We feel like we know them, we grew up with them. Since we can’t pop down to the local for a pint with them, we must be content with attending their weddings, christenings, and public walkabouts.

It fulfills a need for connectivity that many find lacking in their own lives.

It’s easy to project onto their blank screens.  We already know that the British royals are a rarified lot, however, their transcendence of the worldly sets them apart even further.  The Queen is not permitted to vote, or to express much of an opinion about politics or world affairs.

For someone who’s lived the entirety of their lives in the public eye, beyond her love of corgis, the world knows little about the Queen’s personality.

Although Charles is often more outspoken than his Mum would care for, in general, the Royal Family holds itself apart from such things. They support socially safe causes like poverty and homelessness. Although I must say this psychologist is thrilled that they’ve begun talking about mental health with their Heads Together campaign.  This allows people across the political and ideological spectrum to believe whatever we care about them.

We can mold them to fit our fantasies.

Since I am not a citizen of the Commonwealth, I don’t feel particularly qualified to comment about whether The Royal Family is an anachronism or not, good or bad for the country, a drain on the British taxpayer, and so forth.

What I do believe is that they have become a symbol of hope for many, and represent a brief respite from the cares of our complicated, modern world.