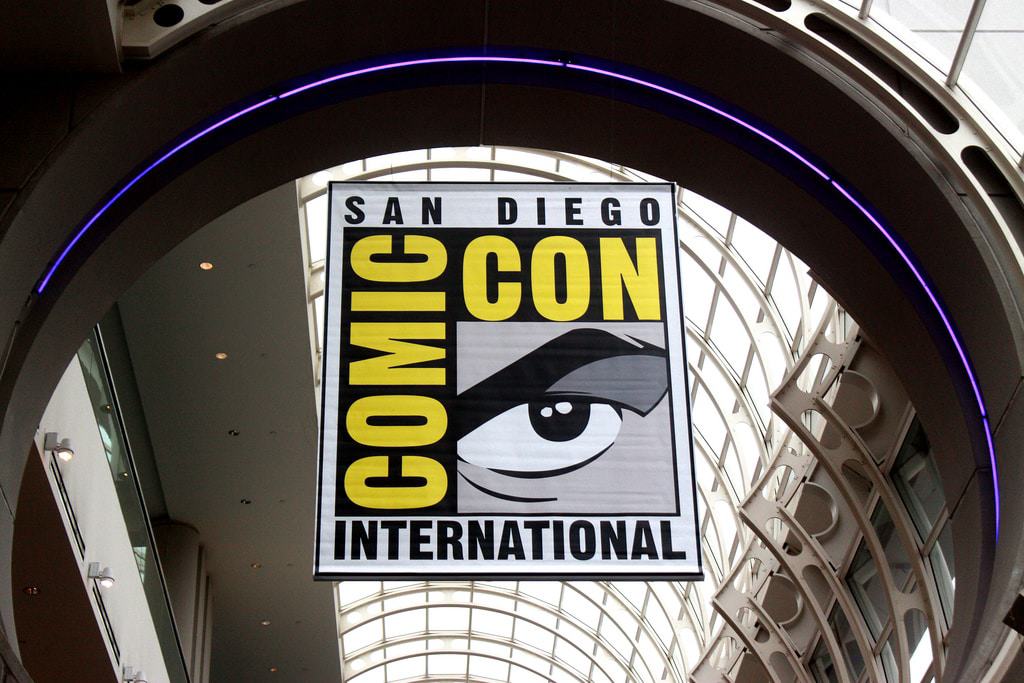 [mks_pullquote align=”left” width=”300″ size=”24″ bg_color=”#ffffff” txt_color=”#000000″]“The energy at the Con is unbelievable.”[/mks_pullquote]Around these parts many folks might know me as “That therapist who goes to Comic Con all the time.” Well “all the time” would be a stretch as I’ve only ever been about a handful of times, but in a way that sort of makes me an expert on the experience. Considering the ballooning popularity and ever-increasing relevance of the Con, getting tickets to the event seems nigh impossible (it’s a convoluted process that I won’t get into here).

Back in 2008 I was living in sunny San Diego. I’d always wanted to live in California and what better time to do that than during postdoctoral studies? Actually don’t answer that! Anyway, for two years I had a part-time postdoc and was also dutifully studying for the licensure exam. Such a casual schedule also accommodated other activities like jaunts to Las Vegas, the mountains, and yes, Comic Con. A good buddy of mine named Jimmy had been singing the praises of the San Diego Comic Con (SDCC) for some time and after politely deferring my first year of residing in SD, I ultimately relented to see what all the fuss was about. It was a decision that would most assuredly change my life.

Up until that point I was never a Con attendee (and no, professional conventions don’t count). I had joined a neighborhood friend once for a true comic convention – it was mostly a giant ballroom full of comic 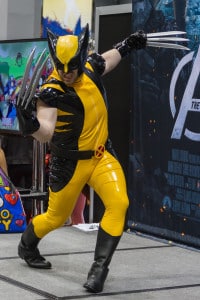 vendors selling back issues with some artists and writers on hand, but never had I attended something of such magnitude. It astounded me how people would dress up as their favorite characters or how the Hollywood bigwigs would care enough to show exclusive footage and to bring the stars, writers, and directors of their films for lively discussions. This was a geek haven – or Geek Heaven, as it were! I even made my own cosplay debut as Wolverine!

The energy at the Con is unbelievable. Yes, there are massive droves of people who are hot and sweaty and sore and sometimes burly and what-have-you, but everyone is there with a singular purpose – to geek the <insert expletive here> out. What better way to geek out than among like-minded individuals?[mks_pullquote align=”right” width=”250″ size=”24″ bg_color=”#ffffff” txt_color=”#000000″]“At this year’s Con I had a dream fulfilled: I got to attend the Star Wars panel!” [/mks_pullquote]

Some folks take a measure of pride in their level of fervent devotion towards a property, whether they be a Brony, Browncoat, Trekkie, or Whovian. But the Con isn’t about being prideful or proving who is the bigger fan, it’s about providing a space for people to co-exist and share in their passions. A classic example of that passion happens in comic book shops all the time, including heated discussions like “Who would win in a fight between X and Y superhero?” or “Who is the best Doctor (from Doctor Who)?” Now that sort of exchange is happening on a larger, more inclusive scale. In fact, this kind of fan-fueled camaraderie tends to happen while you’re waiting in line at the Con because, let’s face it, you will most assuredly be waiting in line. A LOT. Whether it’s to procure exclusive free “Swag,” limited edition toys, or to snag a signature or to catch a super cool panel discussion – there are 1000’s of people with the same idea. Every. Time. 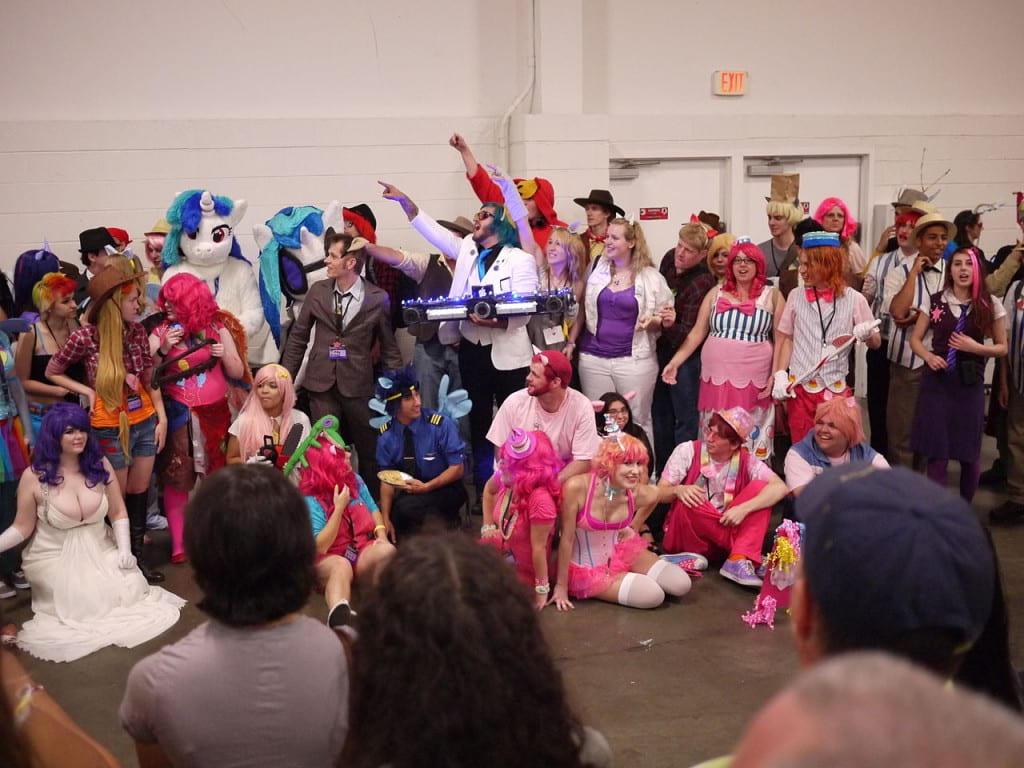 The inclusiveness of it all tends to upset some of the diehard fans, however. They may deride the Marvel fan who has never read a comic or the Hunger Games fan who camps out for a chance to be at the Hall H panel and never once visits “Artist Alley.” Traditionally these may be the kind of people who were picked on because of their hobby of choice. Let’s not forget that it wasn’t too long ago when the stereotype of a kid playing D&D in his mother’s basement was, in the eyes of many, the mark of a failure or outcast. Whether you’ve been an uber fan from a start or happen to be more of a casual fan, SDCC has got you covered.

Because over 100K fans descend on the San Diego Convention Center for the Con, the organizers have attempted to dissipate the crowds in various ways. They might, for instance, plan ultra-popular panels at the same 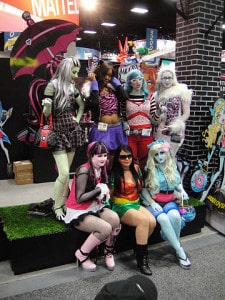 time to encourage fans to make a sort of Sophie’s Choice. There are also a number of off-site events that attract attendees such as gaming lounges sponsored by Nintendo and Microsoft. There are also themed experiences like the Call of Duties Black Ops 3 Escape-the-room-or-be-eaten-by-zombies experience. Or, if Vikings are more your thing, this year con goers could ride around San Diego on a double-decker bus designed to look like a Viking ship so that you can scream at passers-by and walk away from it with your free Viking horn swag – from which to drink your mead, of course!

The keys to enjoying your Con experience is similar to a strategy one might use when gambling at a casino:

2. Enjoy the beautiful weather in San Diego (if you happen to be standing outside) and talk to your fellow geeks in line. I’ve had some of the best conversations with people in these kind of situations.

3. Take photos of Cosplayers and tell them how good they look because they work hard to get the look right.

4. Go off the beaten path and attend a smaller panel. There might be little to no wait and you can see some pretty big stars (I saw Rob Lowe and Will Forte talk about an upcoming Comedy Central animated show called Moonbeam City).

At this year’s Con I had a dream fulfilled: I got to attend the Star Wars panel! I was extremely lucky in this regard because people camped out for TWO DAYS to get this opportunity. I am a pretty big Star Wars fan, but I wasn’t about to throw away that much of my Con (Sophie’s Choice, remember?). 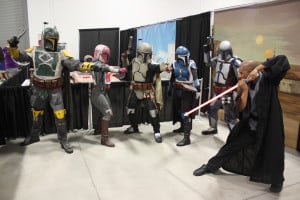 Even though I had no hope of going, my buddy Hal and I decided to go to Adult Swim’s carnival experience at the back of the convention center. On our way there we saw that the infamous Hall H line had thinned out as they had let in the mass of people who had camped out. We thought it seemed there might be a chance so we got in line and waited. For 6+ hours. People kept dropping out of line and our chances improved. The panel was supposed to start at 5:15pm and at that time one line security guard allegedly gestured to another, making the “100” symbol with his hands. One of the line security guys came into line and counted down the people. My buddy Hal and I were counted and I started freaking out, “WE WERE COUNTED, WE MATTER!!” I said, half jokingly, then followed up with, “WE’RE GOING TO STAR WARS!!!” and high fived the people in line around me. We proceeded to go to the panel and enjoyed the presentation, which included the original actors as well as the Episode 7 players, but it didn’t stop there. JJ Abrams informed the crowd that we would be escorted (by Stormtroopers, no less) to a park to see a free Star Wars symphony. I was having a hard time containing my excitement and actually was filmed losing it by a media outlet called IGN. We walked over, got free lightsabers and took in the John Williams music as the sun set. Best. Con. Ever. And in the words of Arnie, “I’ll be back.”