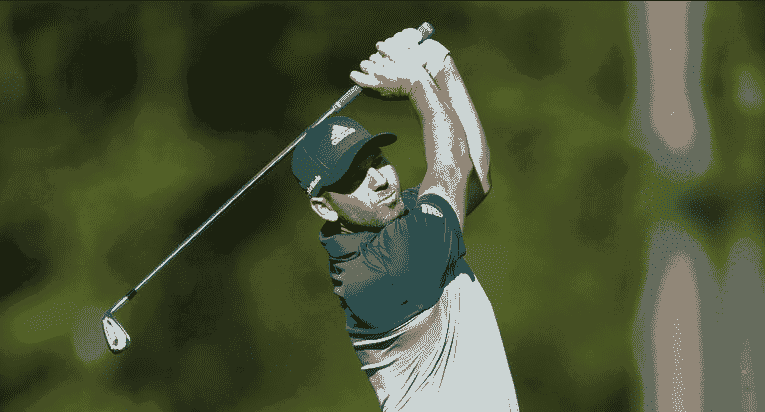 Love him or hate him, Sergio Garcia put on a show that will not soon be forgotten for us golfing fans.  He can now shed the title of the most successful golfer to have not won a major championship. There were so many talking points and it was almost meant to happen for Sergio.  With what would have been Seve Ballesteros’ 60th birthday, who happens to be one of Sergio’s idols.  With Jose Maria Olazabal sending Sergio an encouraging message on Wednesday before the tournament began, who also happens to be another one of Sergio’s idols.  Sergio grew up watching these two golf greats and all three are from Spain.  A clear connection from the beginning, but also a considerable amount of pressure for Sergio to continue in their footsteps throughout his career.  Would he ever win a major championship?  That is the question that he has had to answer year in and year out for the past 18 years. 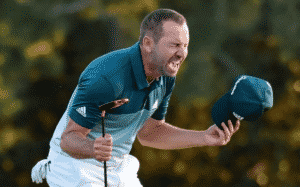 This was his year.  However, there was a moment where I thought to myself … here we go, Sergio is about to blow it again.  He bogeyed 10 and 11, which found himself two shots behind Justin Rose (2013 US Open Champion and 2016 Summer Olympics Gold Medalist).  Then he knocks his drive on 13 into the woods and has to take an unplayable.  I was practically calling a choke at this point.  But that is when the momentum seemed to change.  Sergio made his par on 13, which took two perfect shots to pull off and Rose made a par (leaving Sergio still 2 shots back).  Then he makes a birdie on 14.  He almost makes a 2 on the Par 5 15th but makes an eagle nonetheless.  All of a sudden, things are all tied up.  Holes 16, 17 and 18 were so much fun to watch as Sergio and Justin battle it out.  They both have makable birdie tries on the 18th, which they both miss.  Unbelievable!!  At that moment, I felt like Sergio was going to blow it again, as you could see the disappointment with missing his putt.  But I was wrong again, as Justin pushed his drive on the first playoff hole into the woods and Sergio rips his drive down the middle.  Justin has to punch out and Sergio hits another fantastic shot to set up a birdie.  Justin misses his par attempt and Sergio has two shots to win the Masters.  In a style that could only be Sergio, he sinks his birdie, the crowd erupts and the Sergio lets out his emotions like only he can.  He then proceeds to send his gratitude to the crowd, which was well received by all in attendance.  AMAZING PERFORMANCE!! 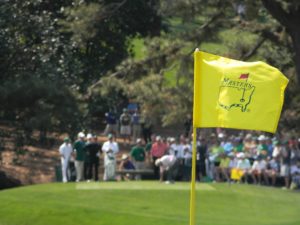 What was different this year than in previous years when Sergio could have been a major champion.  Here are a few thoughts.  Despite his bogeys on the 10th and 11th holes, and then his bad break off the tee on the 13th, Sergio remained calm and collected.  He wasn’t blaming himself, his ball or his caddy, unlike previous years.  He seemed to consider all options, he made a commitment to the shot he wanted to play and struck it with accuracy.  He did this several times after the 13th hole, especially with how he played the 18th … TWICE!  With the intensity of the moment, despite his past failures, he seemed comfortable with remaining centered on his ultimate goal.  As he came to the 15th and made his eagle, he seemed in a zone that surely wasn’t going to let him down this time.  Sergio did not seem like the El Nino of the past but more like the sly veteran with old man powers.