Have we seriously been waiting FOUR years for this?! How did we make it this long?! I feel like I let out a huge exhale when Adele finally released her latest single last week. It is, of course, an epic ballad and it is brilliant.

Opening with the words, “Hello, it’s me” made me smirk. We see you, Adele. Welcome back.

Others could’ve written similar lyrics and it be received as cheesy, predictable, or even redundant. The purity and penetration of Adele’s tone, though, simply resonates with your emotional chords and with thoughts that you didn’t even know you’d been thinking. It just makes sense. Frankly, it’s how I felt when I would listen to Maya Angelou speak in her class I took in college. Adele could sing the phone book (or even the DSM-V) and I would be completely engrossed. So, couple that with text that reverberates with things from your own life and BOOM, you get the kind of music that you want to put on repeat. It’s the kind of music that will fit whatever mood you’re in and make it that much more palpable. 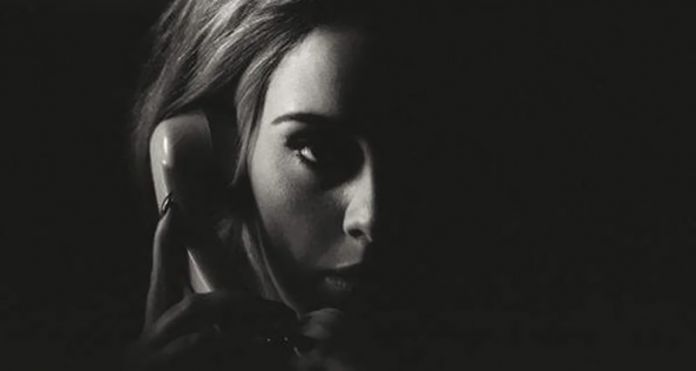 The song seems somber, yet simultaneously invites you in with the intrigue and makes you just want to curl up and settle in to the depths of her voice. At least I do. I’m captivated by her voice. And there are not many lyricists or singers that can accomplish this time and time again.

While on the surface most people seem to think it’s another song to/about an ex-boyfriend, my initial thinking was that it is an introspective conversation between the singer’s ‘self with some level of heightened (or at least desired) self-awareness’ and an earlier or different version of self. Lo and behold, when I went to search the lyrics, I came across an open letter that the Chicago Tribune referenced in which Adele wrote, “I would call it a make-up record. I’m making up with myself. Making up for lost time. Making up for everything I ever did and never did.” It’s an honest dialogue between the highs and the lows, the dark and the light, the frantic and the calm, the yearning that we all carry.

Yes! We all should be so fortunate to have the understanding and awareness of our impact on others and on our own selves and to have the desire to truly know and grasp our own self.

“I hope that you are well. Did you ever make it out of that town?” There is such value in remaining curious with our selves. When we stop doing that, we become complacent. And isn’t life about so much more than that? There should be a continual need to grow and better our selves and our connections.

Adele gets that, clearly. (I have to believe that the powerful message matches the intensity of her voice. Don’t spoil that for me). But again, even without such profound meaning—that voice, though. It’s just SO good and one of a kind.

Obviously the song also works as a song to an ex, as evidenced by this girl who texted her very confused ex-boyfriend using only these lyrics. Brilliant.

And, I hear that Adele has a big potty mouth in real life, so I feel like we’d be really good friends and have really productive, thoughtful conversations. And then I’d make her sing to me. Or write songs about my ex-boyfriends.