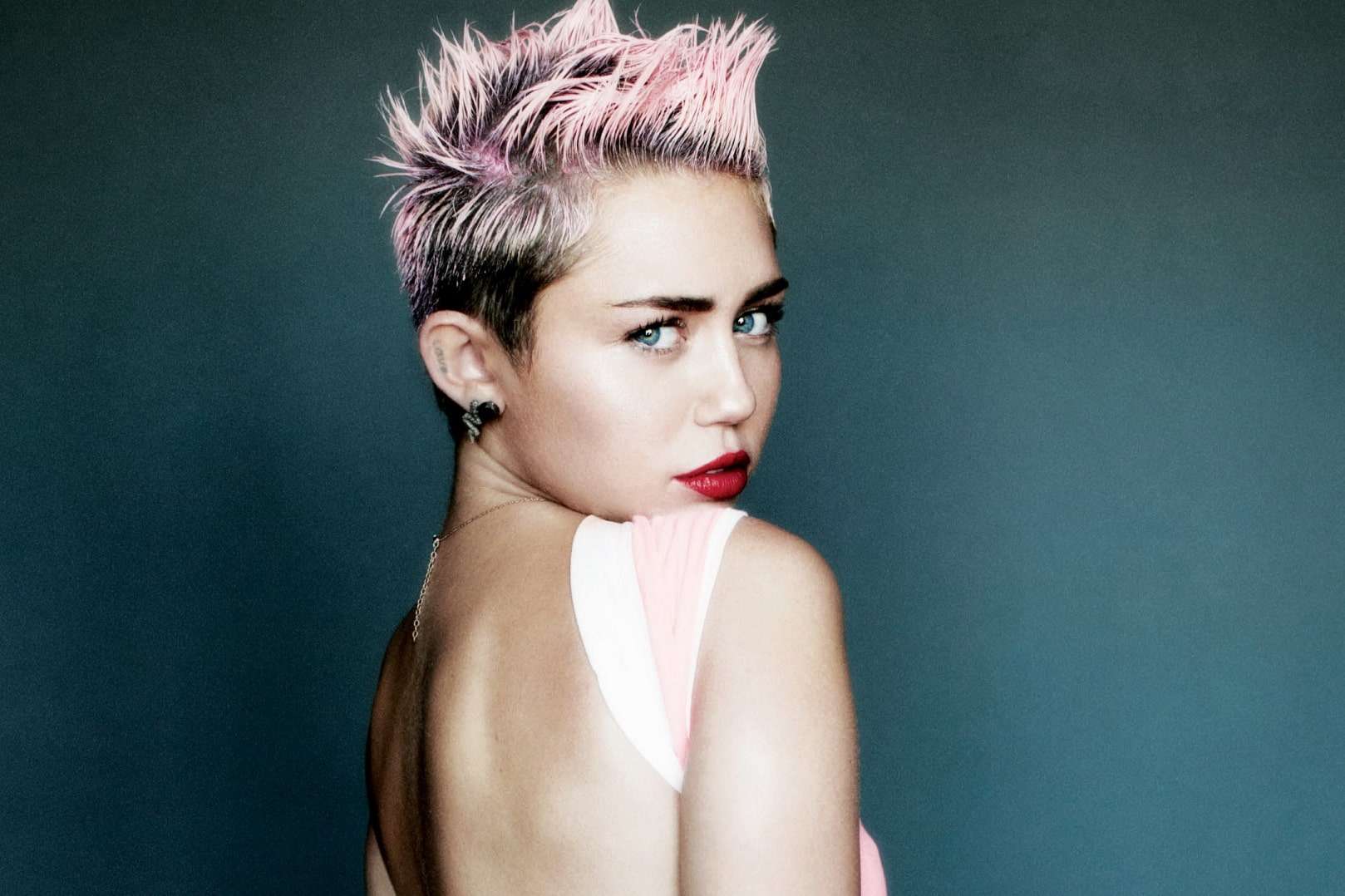 It has been 10 years since Miley Cyrus came into our lives on the Disney Channel’s hit television show Hannah Montana, though she has been coming in like a wrecking ball in the media in more recent years. Playing the role of typical teen Miley Stewart by day and famous recording artist Hannah Montana by night, for Hannah Montana’s four seasons (and a movie!), the real Miley helped to show the world (or at a minimum, its tween fanbase) the many trials and tribulations of adolescence from two distinct teenage perspectives.

Given the premise of the show and perhaps even the name of the primary character, it is easy to make the connection that Miley’s story on Hannah Montana serves as an exposé on the impact of stardom on child actors, including Miley herself. We have all seen the rise and fall, and the occasional rise again, of child stars over the years as they transitioned into adolescence and adulthood. We have perhaps all too eagerly followed Britney Spears’ iconic head-shaving incident, Lindsey Lohan’s myriad of legal problems and stints in rehab, Shia LaBeouf’s questionable “performance art”, and Justin Bieber’s DUI and drag racing incident, as we have sat on the sidelines watching our favorite child stars grown up. 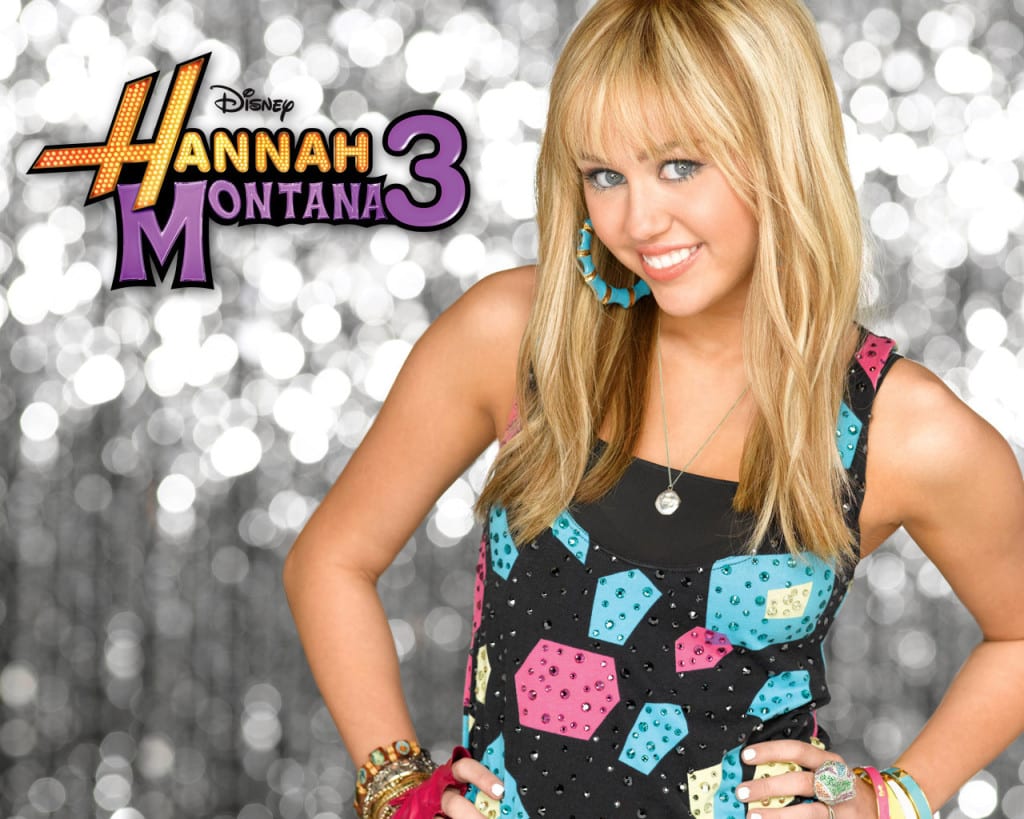 Miley’s story does not stray too far from the experiences of her fellow child stars. As Hannah Montana quickly became one of the highest-rated cable shows, Miley Cyrus skyrocketed to childhood stardom. Her songs from the show (credited to her character, Hannah Montana) instantly had success on the Billboard charts, paving the way for Miley to begin releasing her own music. Multiple record releases, tours, and a Nicholas Sparks movie later, Miley transitioned into adulthood with many life experiences, including a blonde pixie haircut and an engagement to Liam Hemsworth, under her belt. However, while promoting her new single “We Can’t Stop” in 2013, Miley came under the public eye’s scrutiny for her sexually explicit behavior, in which she blurred lines in her skin-colored underwear during her MTV Video Music Awards performance whilst twerking against Robin Thicke. Post-VMAs and a broken off engagement, Miley released her full Bangerz album, initiating a series of scantily clad tour performances and magazine covers, as well as a music video for “Wreaking Ball” featuring Miley completely naked. Much to the chagrin of soccer moms alike, Miley’s provocative behavior paved the way for Bangerz to debut at the number 1 spot on the Billboard 200.

Though Miley’s controversial sexual coming of age through Bangerz may have been more along the lines of Britney Spears’ Britney and Christina Aguilera’s Stripped albums, Miley’s public presence more recently has taken the shape of that of Lady Gaga, who is known for her self-empowering messages and social activism. In 2015, Miley told Time magazine that she identifies as gender fluid, and even founded a nonprofit organization called The Happy Hippie Foundation, whose mission is to help fight injustices that homeless, LGBTQ, and other vulnerable youth face. In the first Happy Hippie Backyard Session, in which Miley performs covers with other musical artists, Miley performed a cover of the Replacement’s “Androgynous” with Joan Jett and punk rock band Against Me!’s openly transgender frontwoman, Laura Jane Grace, further spreading awareness and her support for the LGBTQ community. 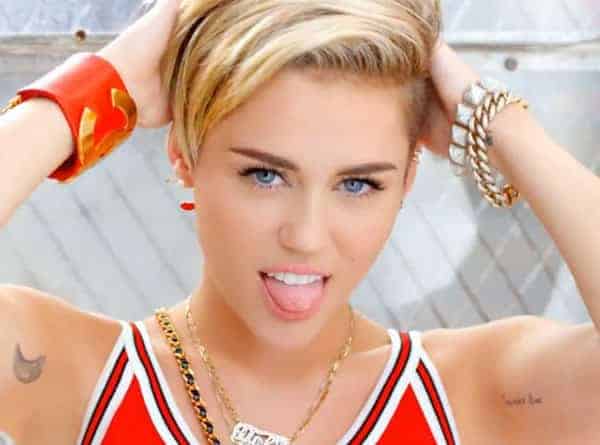 Today, Miley has a newfound attitude in which she presents herself to the public without caring what anyone else thinks of her. She wears what she wants, says what she wants, and does what she wants, without worrying whether or not her actions will result in any fans gained or lost. Throughout her childhood and adolescence, Miley lived under the rule of the Wonderful World of Disney like many other child stars we have come to know and love, without the autonomy to make many decisions for herself. In a recent interview with Marie Claire magazine, Miley spoke out against the negative impact that Hannah Montana had on her, in which she was made to look like the stereotypical teenage pop star, rather than leaving her to form her own identity that she was proud of. Much like a typical teenager wanting to break free from their parents’ rule, Miley’s transition into adulthood resulted in the same “I do what I want” attitude that most teenagers and emerging young adults have towards the adults in their lives – Miley just did so in the public eye. Can we really blame her for wanting to be herself and for being proud of the woman she has become?

Child celebrities are often forced to live up to exponentially high expectations and societal pressures, and as a result, grow up faster than they typically might if they did not grow up in the spotlight. Indeed, Miley has opened up about her own struggles with anxiety, depression, and body image, all of which she attributes to her experiences while filming Hannah Montana. Through her presence on social media, Miley has also been transparent about her drug use, often writing and tweeting about smoking marijuana. Though some may translate Miley’s honesty about her mental health difficulties and substance use as evidence that she is yet another child celebrity gone bad, Miley has been a part of a more recent cohort of celebrities to use their public presence as a platform to discuss and normalize mental health issues, particularly among those growing up in the public eye. Miley’s journey in the spotlight serves as a realistic depiction of the stressors young stars experience and the developmentally appropriate search for her own identity that may or may not fit the mold of society’s expectations. After all, as Miley tells us herself, “she’s just being Miley.”