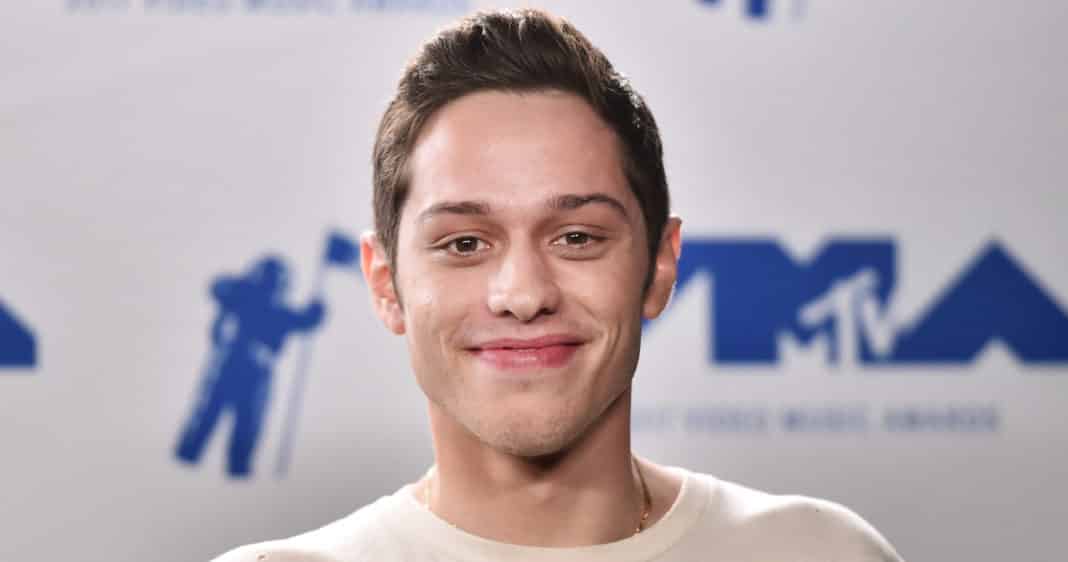 While some teens only recognize him as Ariana Grande’s ex-fiance, Saturday Night Live cast member Pete Davidson is quickly establishing himself as a strong advocate for mental health awareness. In late 2017, the SNL comedian revealed his diagnosis with Borderline Personality Disorder.

Davidson went public with the diagnosis when he spoke frankly about his mental health history on Marc Maron’s WTF podcast.

“Around October [or] September last year, I started having these mental breakdowns where I would, like, freak out and then not remember what happened after. Blind rage,” said Davidson.

Describing that he’s “been a pothead forever,” Davidson initially believed the symptoms he was experiencing were due to his use of the drug. Because of the episodes, he decided to take a break from Saturday Night Live and checked himself into rehab.

Davidson said he gave up weed, but doctors at his treatment center speculated there might actually be a deeper-seated problem at hand.  He was provided additional medication at rehab for bipolar disorder, which Davidson was also taking upon his exit.

“They told me there, they’re like, ‘You might be bipolar,’ and I was like, ‘Okay.’ So they’re like, ‘We’re gonna try you on these meds.’ And then I got out [of rehab], and then I started smoking weed again – and I’m on meds.”

Davidson revealed the diagnosis came many months later. “I found out I have BPD, which is borderline personality disorder,” he revealed. “One of my psychiatrists [diagnosed me]. He was always saying before this big meltdown, ‘You’re probably bipolar or borderline, we’re just going to have to figure it out.’”

Borderline personality disorder and bipolar disorder are very frequently confused for one another, according to Dr. Bilal Ghandour, a psychologist and Assistant Professor of Psychology at Elon University.

“The main reason is that the emotional volatility is obvious in both disorders and that is why you can get one or the other answer. The major difference is that in BPD the shift of mood is always emotionally based (feel hurt, angry, frustrated at someone’s comment, behaviors, etc.) and BPD is always triggered by a biological change in the brain (except when the first episode of bipolar occurs when it can be environmentally triggered).

Three months after going clean, however, Davidson still felt the same and was formally diagnosed by a psychiatrist as having BPD. As a result, he is taking a new medication geared toward helping him manage his BPD.

What is Borderline Personality Disorder?

Borderline Personality Disorder, or BPD, is a mental disorder characterized by unstable moods, behavior, and relationships.  These experiences often result in impulsive actions and unstable relationships. A person with BPD may experience intense episodes of anger, depression, and anxiety that can last from only a few hours or go on for days.

According to the National Alliance on Mental Illness, an estimated 1.6% of the adult U.S. population has BPD but it may be as high as 5.9%. Nearly 75% of people diagnosed with BPD are women, but recent research suggests that the rate of men having BPD may be higher.  The lower rate for males may be attributed to misdiagnosing men with PTSD or depression.  Common symptoms associated with BPD include:

“I’ve been having a lot of problems. This whole year has been a f—ing nightmare. This has been the worst year of my life, getting diagnosed with this and trying to figure out how to learn with this and live with this.”

For Davidson, that meant originally being given bipolar medication.  Dr. Ghandour, who specializes in helping folks with borderline, believes the biggest misconception of BPD is folks diagnosed with borderline “have ‘crazy’ emotions. What I mean by that is that people believe that their shifts of mood make no sense at all. In fact, they make plenty of sense but it is hard for the ‘average’ person to see what drives their mood.”

It has been a year of self-discovery and painful growth for the 25-year-old actor and comedian.  Davidson joined SNL as a featured player in 2014 and was upgraded to the main cast this past season. In March of 2017, he indicated a recovery after his stint in rehab, saying on Instagram “Just wanted to let you guys know I’m okay … I quit drugs and am happy and sober for the first time in 8 years.”

Davidson had previously opened up about his marijuana use, and how he initially started using weed to treat his Crohn’s disease. He originally thought his mental breakdowns were caused by weed.

Psychotherapy (or “talk therapy”) is the main treatment for people with BPD.  Davidson admitted that he’s “depressed all the time,” but noted that since his diagnosis he’s experienced some improvement via regular therapy sessions.

“It is working, slowly but surely,” he said. “I’ve been having a lot of problems. This whole year has been a f—ing nightmare. This has been the worst year of my life, getting diagnosed with this and trying to figure out how to learn with this and live with this.”

While Davidson is attending psychotherapy sessions to work through his diagnosis with BPD, he has been on record in the past talking about the healing power of music for mental health struggles. He’s been quoted in the past talking about how Kid Cudi’s music has helped him through his struggles with depression, saying “I would have killed myself if I didn’t have Kid Cudi.”

He’s also spoken about his struggles with BPD in an Instagram post, stating “No matter how hard the internet or anyone tries to make me kill myself, I won’t.”

On Maron’s podcast, Davidson discussed his mental health issues and the loss he experienced at a young age. Davidson was 7 years old when his firefighter father, Scott, was killed in the terrorist attacks in New York City on September 11, 2001.

Davidson has talked frankly in the past about the void his father’s death left, and told Maron that the sense of abandonment his father’s death instilled is likely related to his BPD. “My big thing is trust,” he said to Maron. “One day he [his father] was here and the next day he was gone.”  The relationship between trauma and borderline personality disorder has been well established in psychology research and literature.

Following his public relationship and breakup with ex-fiancee Ariana Grande, he shared an Instagram post regarding his struggles with BPD, stating “No matter how hard the internet or anyone tries to make me kill myself, I won’t.”

However, Dr. Ghandour states, “the relationship [between trauma and BPD] is more often than not the result a specific course of trauma. Folks never develop BPD as a result of a single exposure to trauma (for example 9/11). BPD develops as a result of a repeated and continuous exposure to an emotionally painful situation that is traumatic in nature (we often talk about exposure to consecutive ‘little traumas’) over the course of their life.”

You can listen to the entire WTF with Marc Maron podcast episode here.