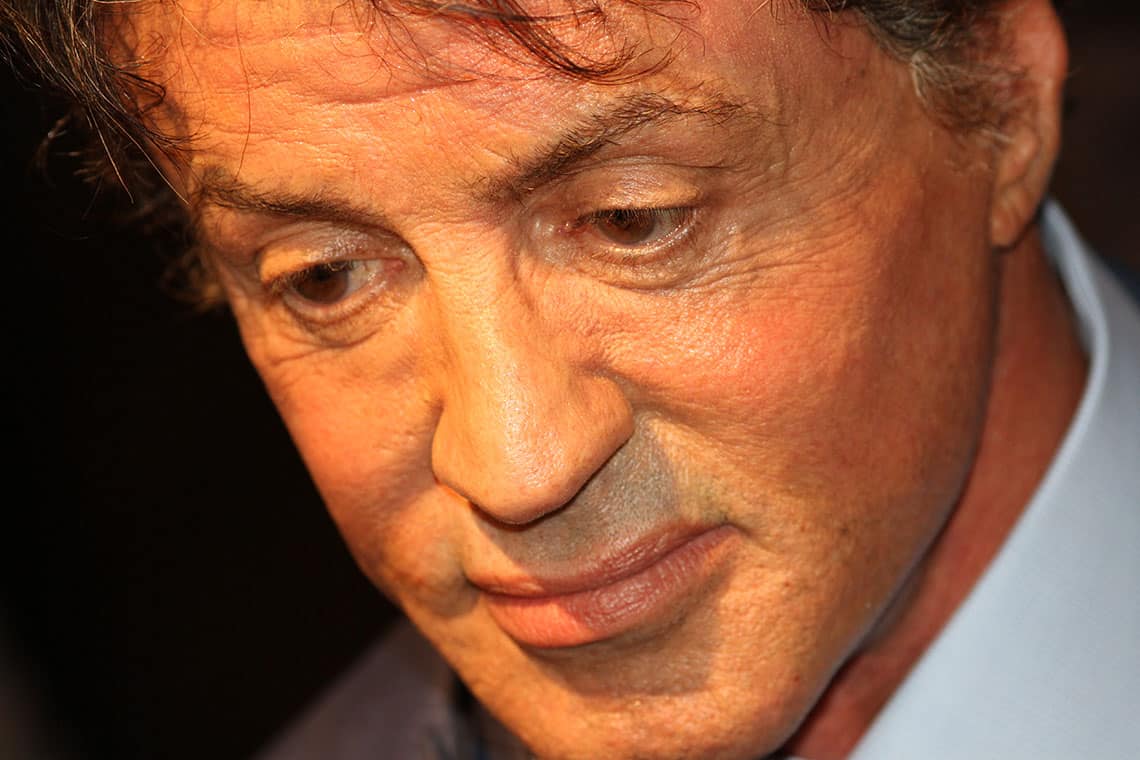 I must admit, I feel sorry for Sylvester Stallone. With all the pre-Oscar hype, it was clear he felt he was going to win. After all, everyone else did. All the prognosticators, including this guy, certainly picked him as the odds-on favorite for his performance as Old-Rocky-With-Cancer. Old. Rocky. Cancer. Can’t lose!

Then he lost to Mark Rylance, a Brit playing a Russian playing an American in Bridge of Spies, which apparently is different than House of Cards or Game of Thrones or other Noun of Noun things that are all easy to get mixed up. Bridge, solid as it was, will probably not be counted among Spielberg’s Top Ten, nor will Rylance be regarded as having delivered an all-time great supporting performance, so what went wrong?

Simply put, we all get blinded by the Hollywood comeback story and our sentimentality takes over and spoils our Oscar ballots. You’d think the same thing would happen to Academy voters who happen to be mostly a bunch of old white guys, but you’d be mistaken. For whatever reason—jealousy, senility, possibly occasional good judgment—they don’t favor the comeback kid nearly as much as you’d think.

Don’t believe me? Consider some evidence. Back in the ‘90’s, Burt Reynolds, the former biggest star on the planet in the ‘70’s, was having a whopping big comeback with his performance in Boogie Nights, a movie set in the ‘80’s. He was considered a virtually shoo-in to win. The big night came and the Oscar went to…Robin Williams. Mr. Williams was Mr. Happy that night, but Burt went home sad. That same year Juliette Binoche beat legendary Lauren Bacall, who, incidentally, had never even been nominated for an Oscar before but had just won the SAG and Golden Globe. There was no way Burt or Bacall would lose, but they both did.

Let’s skip ahead to the past decade. Forest Whitaker beat Peter O’Toole in 2006, who had been nominated approximately 10,000 times previously but had never won. The following year, Julie Christie and Eddie Murphy both had career-resurrecting performances and both lost their Oscar bids. In 2009, it was nearly a given that lovable weirdo and comeback kid Mickey Rourke was going to win for The Wrestler, but it wasn’t to be. He lost to future drug cartel interviewer Sean Penn, who had already snagged an Oscar just five years earlier. Beloved old mop-head Bruce Dern lost in 2013, and last year America’s Mr. Mom Michael Keaton’s big return award was swiped by Eddie Redmayne. This year, Keaton’s movie won Best Picture AGAIN and he wasn’t even nominated.

So, in retrospect, it should be no big surprise Stallone lost this year. Like I said, I hate it for him. There would be something a little more right in the world if Rocky had an Oscar, but next year if you want to win the office pool, think twice before choosing the sentimental pick. Now watch them go and nominate Harrison Ford!