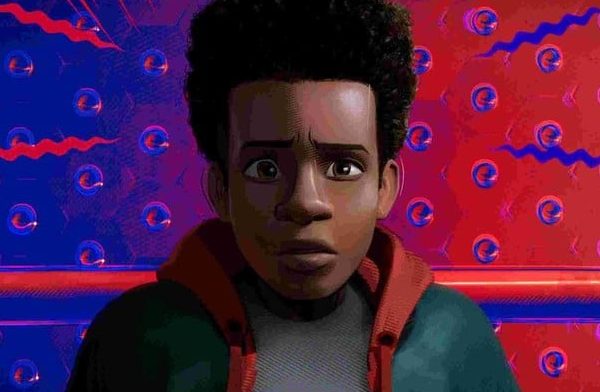 Spoilers for Spider-Man: Into the Spider-Verse for the two people who haven’t seen it yet.

Miles Morales had some worthy opponents at the 2019 Oscars. In fact, I’m surprised that Mr. Incredible didn’t steal his thunder.

But, add to the fact that the win was announced by Pharrell, one of my favorite artists, I was stunned, relieved and ecstatic when Spider-Man: Into the Spider-Verse took home “Best Animated Feature.”

Considering Miles Morales is a teen with a Puerto Rican mom and an African-American dad (and I’m as white as it gets), it’s astounding that I can’t recall a 2018 movie that I related with as strongly as Into the Spider-Verse. But, I usually don’t pay attention to differences in race or class.

All I care for is character. And Miles Morales didn’t disappoint.

I’m sure it’s not just me. Show of hands: who else had an overly demanding father who wanted the best for his son? Who else hated moving to a new school? Who else had an uncle who became a supervillain and tried to kill his nephew? (Maybe not that last one).

These story beats aren’t just for teens. After all, they resonated enough with the Academy to steal a “Best Animated Feature” win.

But surprisingly, the heart of Miles’ arc doesn’t lie in his bouts with his parents. The genius behind Spider-Verse lies in its main metaphor. All the Spider-men (and women!) that Miles encounters are, in one form or another, all his possible selves.

On the surface, they are other Spider-folk who help him confront loss and make a leap to greatness. Between the lines, all of them represent a variation on who Miles can become. They walk a fine line between chance and choice.

Depending on the circumstances, all of us wear different “masks” to show more “appealing” sides of our personalities.

“Between the lines, all of them represent a variation on who Miles can become. They walk a fine line between chance and choice.”

Just think: have you ever acted the same at an interview as you have at a football game? Probably not.

Unfortunately, this isn’t necessarily healthy. Masks don’t reveal your true self – they hide it. This inauthenticity stems from our need to be accepted, to be part of a tribe.

We need masks to fit in. But, at some point in our lives, we tire of pretending and long to be ourselves.

At the onset of Miles’ puberty, he encounters his “other selves” – his masks personified in the other Spider characters.

However, the genius behind Phil Lord’s and Rodney Rothman’s script is that Gwen, Ham, Peni and Noir don’t just act as different sides to Miles’ identity. They’re also his perfected self – his molded and polished ego that sticks to certain values and prejudices. The movie wants Miles to decide towards what parts of himself he’s most true.

But, the film isn’t just a story about Miles. Enter Peter B. Parker: regretful, depressed and lacking in basic hygiene. It can be argued that he’s Miles’ foil.

Where Miles is youthful, hopeful and energetic, Peter B. Parker is…not. Yet, the two share more similarities than differences.

At the heart of their relationship, Miles and Peter B. are filled with fear. Both don’t know what the future holds. Both fear their sense of self responsibility. Both need to be reminded to make a leap of faith. And only when both characters make that leap, do they become ready to continue their own story.

“Masks don’t reveal your true self – they hide it. This inauthenticity stems from our need to be accepted, to be part of a tribe.”

But, the two move past their circumstances by building on their relationship; it’s only a few minutes before each of them reminds the other to “take a leap of faith.” And of course, they do.

For better or for worse, none of us are Spider people. But, all of us wear masks. They seem infinite, don’t they? When we enter the office, when we talk to our parents, when we spend time with friends – we can feel ourselves change inside!

We can also feel how inauthentic those masks feel.

So, ask yourself if you’re being true to you. After all, Miles became Spider-Man after he distanced himself from his masks, from his “other selves.” Are you really that different?