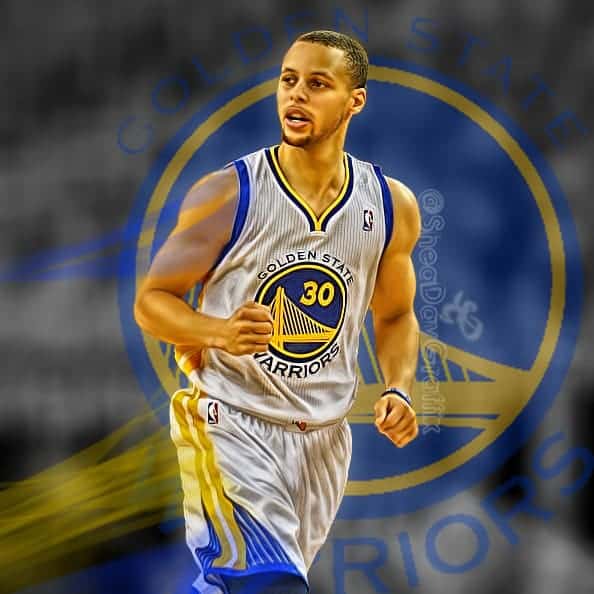 They call him the Baby-Faced Assassin, The Flash, Chef Curry, The Human Torch, and perhaps most fitting; The Golden Boy. Despite garnering much warranted praise and adulation from fans, he still remains an enigma to most critics and former greats. “How is that possible and how can someone make basketball seem so easy?” are the questions that I hear critics emphatically debating on ESPN every single morning. However, with notoriety and disbelief comes skepticism. When something or someone appears “To good to be true”, the skeptic and cynic in all of us tries to rationalize and disprove, and so often in the case of world class athletes and magicians, we’re right (i.e. Lance Armstrong’s doping, Ben Johnson’s doping, Mark Mcgwire, A-Rod, etc.).

I usually am aboard this bandwagon of skeptics, however when it comes to Steph Curry; I realize I’ve been aboard that bandwagon far too long, and it’s time to give the greatest player his much due praise. You see, I’ve had the honor of meeting this Golden Boy several times, even making his acquaintance (though I doubt he remembers meeting me at all). After all, it’s hard to recall specific faces and people you meet, when you’re idolized by nearly every basketball fan young and old and have collectively over ten million Facebook friends and twitter followers

In Fall of 1996, I remember a young, bright-eyed boy asking his father to autograph a Dell Curry basketball card for me. In Summer of 2006, I remember a lanky, baby faced young teenager shaking my hand outside that same father’s basketball camp at a local gym. In Summer of 2009, I recall that now, somewhat well known offspring of Dell Curry, spotting me during a bench press at the gym where I had run into him so many times before. 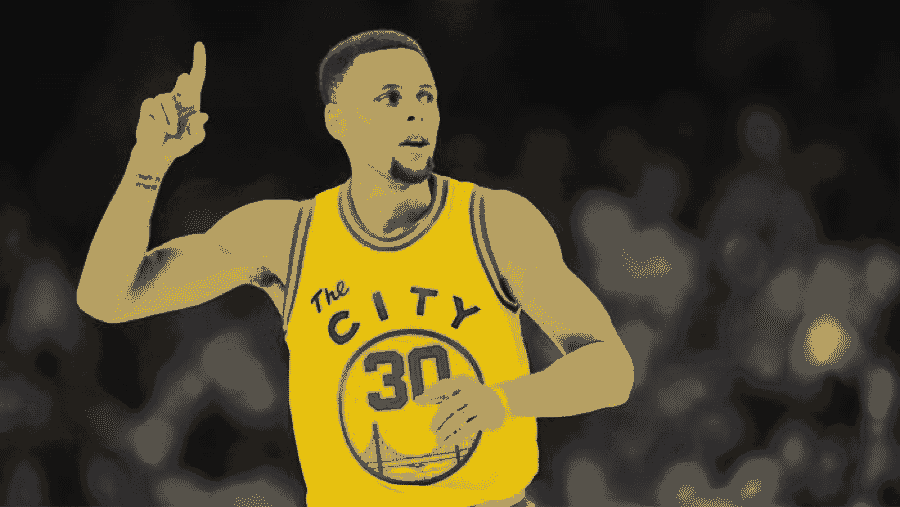 Now, it’s Spring 2016, and Stephen Curry is arguably the biggest name in Sports. He has his own sneakers, commercials, endorsements, and even hand puppets (don’t ask don’t tell). As I reminisce on my several chance encounters with Steph Curry, one prominent thought stands out to me now; and that is how a man as talented as he, has always been overlooked. Whether he was the kid with a famous dad in my sisters elementary school class, an undersized prep school player with a pedigree but no real shot at a Division 1 scholarship, or a NCAA star who was destined to be a role player in the NBA, Stephen Curry’s future seems as though it has always been inked by cynics and naysayers; who he just loves proving wrong.

I’m not close with Steph Curry, I don’t “know him”, but I’ve seen him pick apart team after team, at level after level, never really appreciating the majesty of what I was witnessing: The sheer skill and precision that would one day make him the greatest player on the planet. When he played high school ball for Charlotte Christian and dropped nearly 40 points in a game against my high school, the Providence Day Chargers, I thought, “it’s prep school basketball”. When he dropped over 30 against my Charlotte 49’ers in a close loss, I thought, “he plays for Davidson”. When he scored three after three against my Charlotte Hornets his rookie year in the NBA, I thought “he’ll never be the shooter his dad was”. Wrong, wrong, wrong, on all accounts. I fell victim to the very skepticism and doubt that resides with most critics and former greats today.

Many professionals have different takes on why Steph has always been underrated.  Stephen A. Smith, the verbose sports journalist, thinks it’s because he doesn’t fit the prototypical mold of an NBA superstar (covered in tattoos and/or standing 6’6 or taller with a 7 foot wingspan). Other journalists and sportscasters claim it’s because he lives beyond the three point line, something only role players and sixth men off the bench have done in previous eras. I believe it’s not just one reason, but a plethora of them.  Steph’s a nice guy, a genuine guy, a charitable guy, a spiritual guy, and a basketball player who shoots jump shots, layups and threes; a skill set that anyone can strive for (albeit he’s arguably the greatest shooter of all time). The real reason why we as critics and avid basketball fans are drawn so much to Curry is because, above all else, he’s an underdog. He’s shorter than the average NBA player.  No big colleges so much as took a second look at him, much less offered him a scholarship.  He wasn’t named to his first All-Star team until his fifth year in the league, something no league MVP before him has had to wait so long to accomplish.  Scottie Pippen claims his Bulls would sweep Steph Curry’s Warriors.  Oscar Robertson claims Steph would be an average or below-average player in his era of basketball.  And the great Phil Jackson says he’s more like Chris Jackson (a flash in the pan player for the Nuggets) than Jordan or Kobe. Why is Steph Curry so understated and over-criticized?  Why are we as a society so quick to lament and disparage Steph’s accomplishments in the same breath? “He’s a great shooter but not a great defender” “He’s good at passing, but not as athletic as other superstars”

Past players such as Cedric Ceballos and former Warriors Guard, Stephen Jackson claim that they would’ve handled Steph if they played against him today and beaten his record-setting Warriors team. Dennis Rodman (Greatest rebounder of all time) and Oscar Robertson say that Steph isn’t physical enough to handle the past rules, where hand-checking and more physical defense was the norm. Coming out of high school, the view on Curry was that he was too small and fragile to be an effective two guard. It seems that the most common criticism of Curry is his lack of physical prowess and fragile nature. This may be a valid point, if it weren’t for one small fact; “This is basketball – not football”. While rule changes have condemned overly physical play with outlandish fines and flagrant foul calls; Curry’s game doesn’t involve hammering down dunks or playing physical in the paint. It’s for this reason that Curry would be great in any era.  If someone can shoot threes at a consistently successful rate from half court, then how do you stop that? Punch them in the face? Steal his shoes? Or just tackle him the second he gets the ball?  What level of physicality could possibly offset such talent and precision? The answer is none. Curry can catch and shoot the ball quicker than anyone in the league, he can shoot with a hand in his face, or without; a talent that few if any in the league possess. Plus, don’t let the baby faced Golden Boy fool you. Just like Oscar De La Hoya, an athlete who shared this nickname; he’s a fighter.

He’s affluent, privileged, well educated, and the reigning NBA MVP.  But after all’s said and done,  sports writers, coaches, and everyday fans like myself, have been overlooking Steph for his entire career.  And he’s finally proving us wrong. He’s a tough guy who plays with a chip on his shoulder that only seems to grow larger with every disparaging comment or ridiculous comparison. He’s broken the single season record for three-pointers by 116 margin.  He made more consecutive threes in a game then anyone.  Curry is the first player in history to average over thirty points a game in fewer than 35 minutes a game, and the list goes on and on. And just in case you think he’s one dimensional, he led the league in steals and is in the top ten in assists. Steph Curry has gone beyond just proving himself a great player; he’s become a cultural icon and an ambassador of class to a league that has seen it’s shortages of it in recent years (i.e. Donald Sterling, D’Angelo Russell, etc.)

It’s important to recognize that Steph’s been doing all of this while being analyzed more critically than any other player in the history of the league has ever been. I don’t recall Jordan ever being called an average player during his Championship runs by former NBA greats (Oscar Robertson on Steph); I don’t recall Kobe ever being compared to a washed up role player by a great coach (Phil Jackson on Steph) and I don’t recall anyone ever saying that their team would sweep Lebron’s defending Miami Heat in a best of seven matchup (Scottie Pippen on Steph). I for one am glad for Steph’s success, and able to recognize his greatness for what it is; simple genius and unmatched ability. So we should set aside our tendencies to over-analyze (coming from a therapist this is difficult) just this once, perhaps there is no illusion, no cheating or doping, or no alternate explanation for his meteoric rise to success other than, we were wrong.