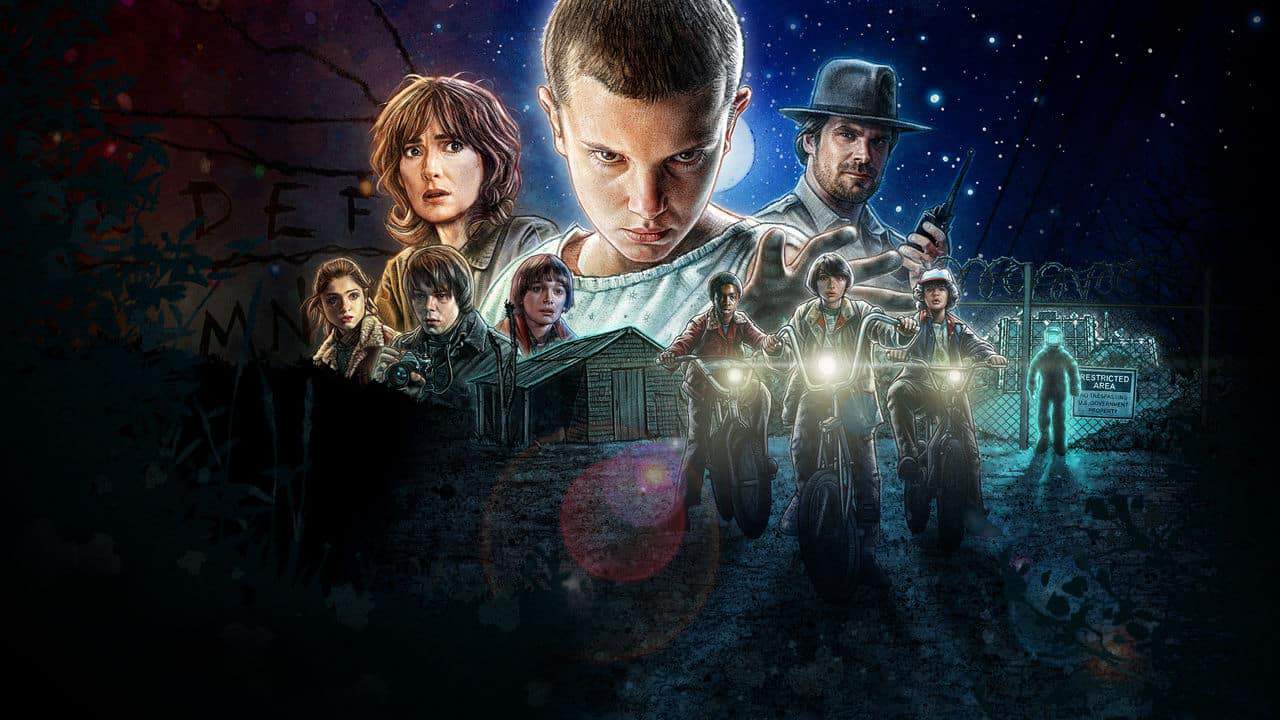 I first came across Stranger Things on social media, in a parenting forum for parents of middle school-aged children. Someone had posted a link and stated that they had found that it was a nice source of connection with their child over the experience of coming of age, based on the writers’ own childhoods in Durham. I have a tendency to look for the important chunks of information, and not to process the details, so this is what I saw: “Connect with your kid, Durham, TV show.” That was all I needed to put the show in my queue. Admittedly, I could have read the Netflix description as well, but that would again involve attending to details.

As we settled onto the couch to watch the first episode, I felt nostalgia well before the episode even launched. My son was at my side, and we were excited to have a program to share- it had been a long time since we read books together at night and our split-level home tends to give him too much opportunity to be on his own. For years, we had plowed through books together each night, and he ended that tradition about one year ago. I had been replaced by independent reading and X-box games shared with dad. We are so close to the time when he won’t want to have a program in common, and he can be quiet compared to his sisters- less drama to draw our attention. Kids from the 80’s playing Dungeons and Dragons and facing early adolescent struggles, what could be better?

Had I read the whole social media post, I would have been prepared for the fact that this was actually a scary program, which was pretty evident within the first three minutes of the first episode. By the time the opening credits had rolled, we had jumped a couple of times and my son had buried his head in the crook of my arm. I asked him if he wanted to go on with the program, and he emphatically stated that he did. We rolled through an opening school scene involving bullying, and then slid right into budding teenage sexuality. Thomas wasn’t sure which was more frightening- the kidnapping or the making out; his personality involves significant attention to rule adherence and not pushing any limits. There was so, so much smoking. We watched episodes 1 and 2 in the first night, and Thomas tried to head off to his normal bedroom to sleep- he quickly came back up and stated that he needed to sleep with us. We rejected that plan immediately. His only other option was to sleep in the spare bed in littlest sister’s room. When we headed to bed later, I was amused to find him actually sleeping with littlest sister- it turned out that she would be his safe place for that night.

I run most mornings with a good friend who also has sons entering middle school, and we had a good chuckle at my bad decision. My plan for “coming of age” programming was a disaster, and sadly this wouldn’t be the first time that my enthusiasm to share an interest with a child resulted in some trauma on their part; my middle child has been experiencing health-related anxiety for the past 6 months after I took her interest in medicine as a reason to watch “Trauma: Life in the ER” together. Further sharing at the Southeast Psych lunch table confirmed that I would likely not win parent of the year and really needed to do more research before I made TV selections. When I got home from work, however, Thomas surprised me by asking to watch the next episode. He stated that he was over any initial fear, and wanted to find out what would happen next. Each episode ends with a pretty big jolt, so it was actually very easy to get hooked. 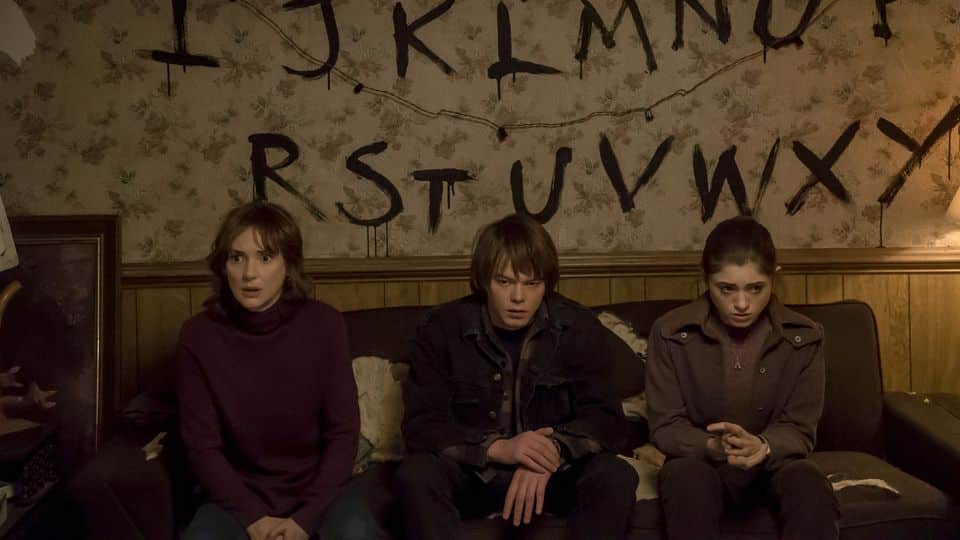 To get a more thorough perspective on the experience, I thought I would have some input from Thomas, here is what he had to say: “The first episode was scary but very exciting. In the first ten minutes of the first episode I was hooked. I got a scared and had to sleep with my sister but in the end I was fine. I wanted to watch more and more and each night. I would beg my mom to watch another episode. My dad watched it with us too but he didn’t seem as hooked as us. He was mostly on his phone. When the Olympics started my dad said that we couldn’t watch the last episode until the Olympics ended. When we did watch the last episode it made me less scared because the monster died. I am fine now that I know I won’t be taken to another dimension. “

In true horror movie tradition, the episodes were much easier when the monster was revealed and we knew his limits. We had an interesting discussion with the absence of parents in much of the storyline; Thomas felt that the Will Byer’s mom (played by Winona Ryder) seemed like the only parent who was really interested in her kid, but then conceded that it is possible that her interest was actually triggered by his disappearance. Over the course of eight episodes, I feel like I got to watch my son grow up a little. We went from the fear induced by an unknown entity, watching him navigate his fear of the unknown, and then seeing him move into full-fledged confidence to face down the monster without a face. This was the biggest thrill of all, even if he didn’t get all of the great 80’s movie references. I suggested that together we watch the movies that were inspirations for some of the major scenes in Stranger Things, but he declined. I guess I just have to wait for another season. It felt like an amazing way to complete the summer before his own new “upside down:” middle school.