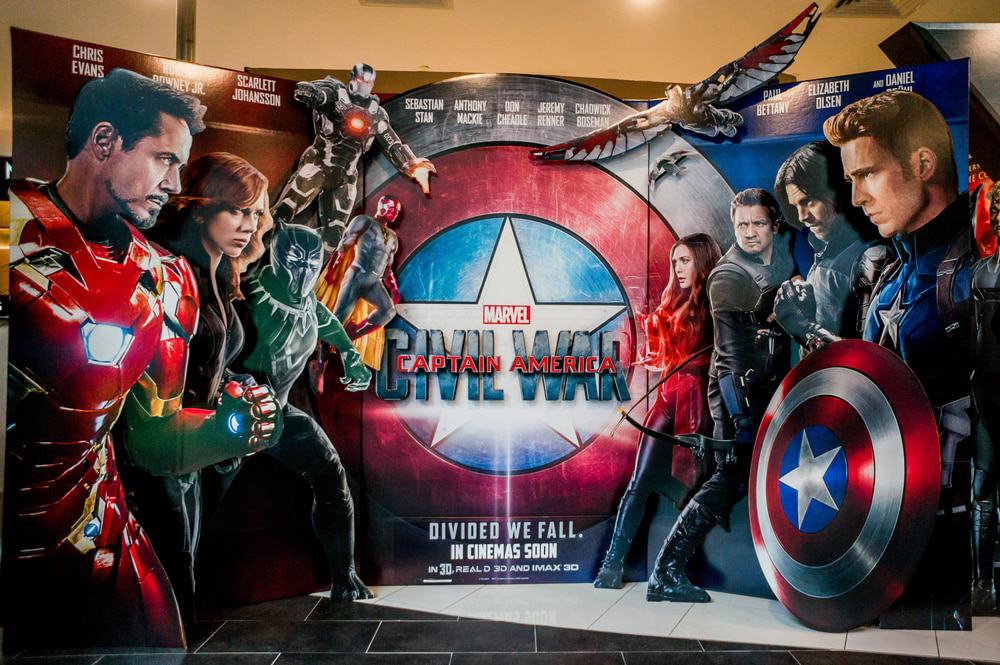 I, along with my geeky brethren, am completely amped for the upcoming continuation of the Captain America trilogy: CIVIL WAR! When discussing this highly anticipated movie it seems inevitable that fans in the know will ask the question, “So what side are you?” This is because, much like the title suggests, the line has been drawn in the sand and our beloved heroes will start duking it out in a major way. Not only will we see fan favorites like Captain America and Iron Man throw down, but we’ll see the highly anticipated debut of Black Panther and even your friendly neighborhood Spider-Man will swing by for a piece of the action. Someone pass the popcorn! 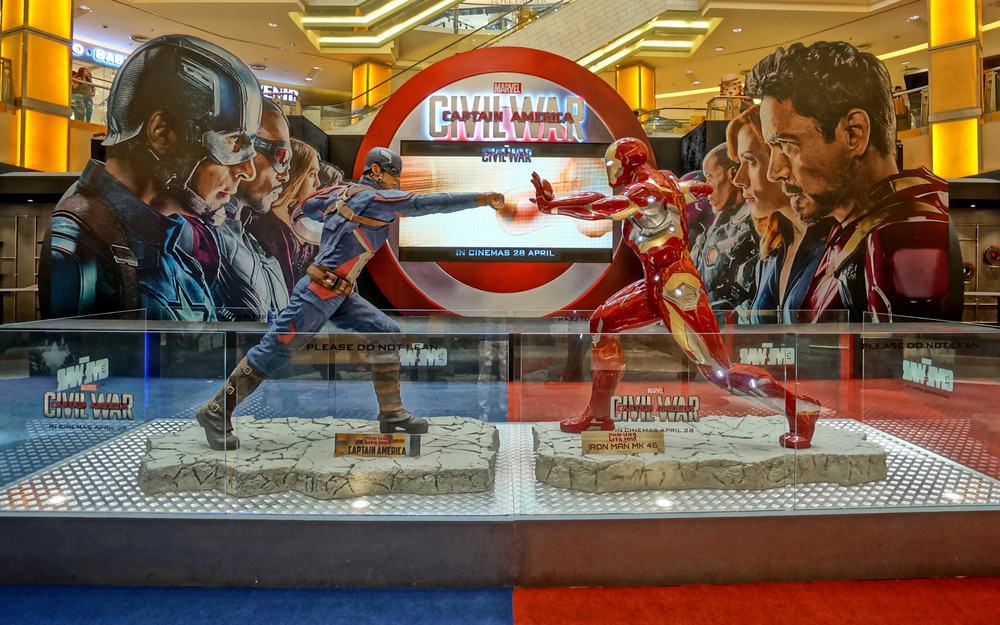 For those of you unfamiliar with the premise of the film, I’m going to briefly discuss that below, so please navigate at your own risk as it’s a possible minor **SPOILER ALERT** for those who haven’t read the comic story arc and want to go into the film blind. According to Chris Evans who plays Captain America, “Tony [Stark] actually thinks we should be signing … accords and reporting to somebody and Cap, who’s always been a company man and has always been a soldier, actually doesn’t trust anyone. Given what happened in Cap 2, I think he kind of feels the safest hands are his own.” So, in a sense, this is a film about basic trust versus basic mistrust of government. Tony Stark (Iron Man) is pushing for more transparency and accountability, maybe even diplomacy, whereas Steve Rogers (a.k.a. “Cap”) thinks giving government such grand oversight and control may severely limit what super heroes can do and thereby compromise everyone’s safety. In the wake of creating Ultron (see Avengers 2: Age of Ultron), it’s hardly surprising that Stark would take such a cautious position, just as Cap’s more conservative choice makes sense in the aftermath of Hydra’s infiltration and manipulation of S.H.I.E.L.D. (see Captain America: Winter Soldier). Wherever you lean politically, the divide depicted in Civil War certainly reflects one of the conflicts (degree of governmental oversight) inherent to many of our world governments.

Back to the question of your allegiance – Are you Team Cap or Team Iron Man? 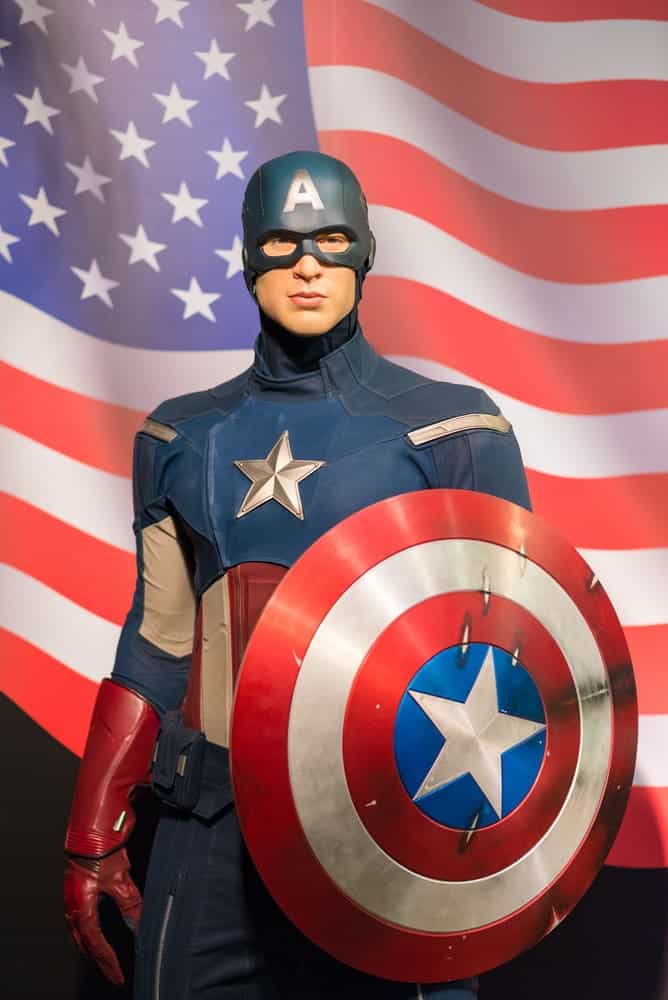 This is by no means a definitive scientific analysis, but if you side with Mr. Stars and Stripes as it were, you might be… 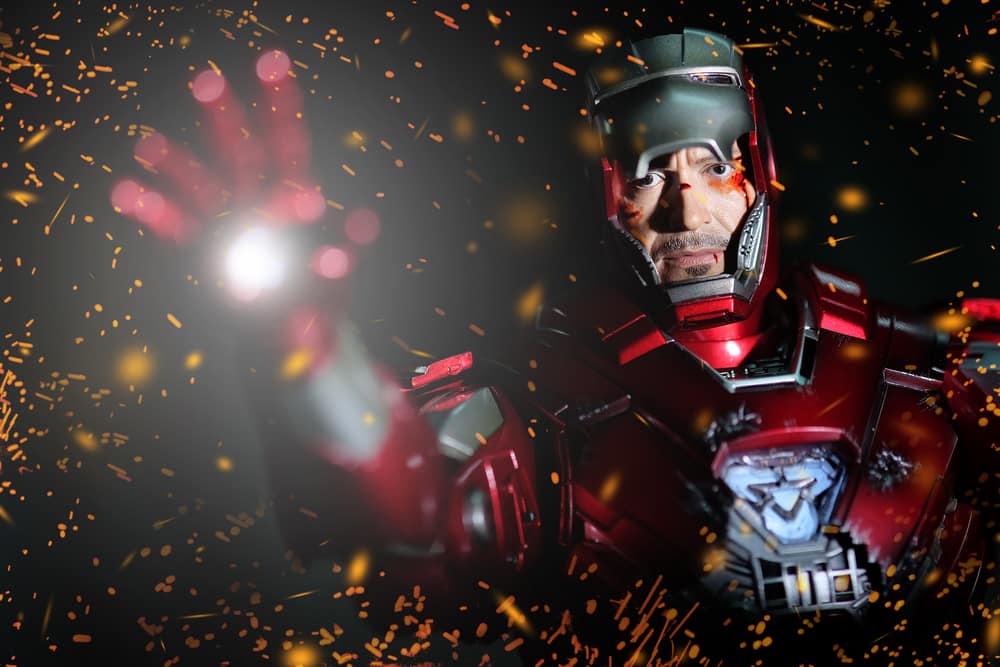 Then there’s the Iron Man fanatics.

Political considerations aside, it should be entertaining to see Captain America further eschew his “goodie two shoes” image as he brutally fights as an insurgent of sorts for what he sees as the right path amid corruption and deception. It will be equally compelling to see Iron Man take a dose of humility, yet enjoy putting Mr. Do-Gooder in his place as he’s wanted to do that for some time (“Sometimes I want to punch you in those perfect teeth”). I’m definitely a fan of Iron Man, but for this outing I’m TEAM CAP all the way! See you at the movies…