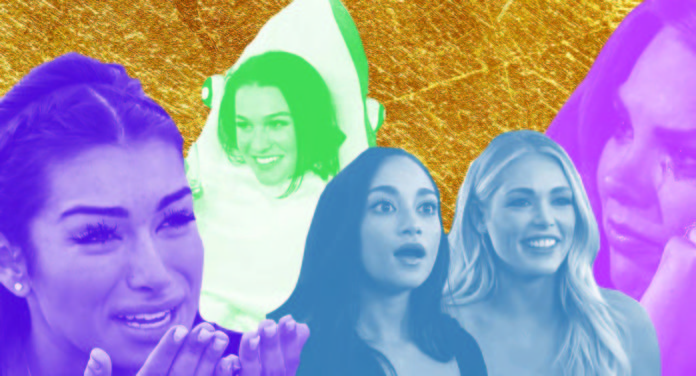 Imagine a scenario where one man simultaneously dates 25 different women, spends a few weeks narrowing down his options until he chooses one woman to propose to, with hopes of spending the rest of their lives together.

Well, as appalling as this concept might seem in real life (we certainly would not be happy if we found out our boyfriend was simultaneously dating 29 other women to decide who is the ‘best fit’ for him), this premise makes for a very popular television show.

The Bachelor first premiered in 2002 and is now wrapping up its whopping 24th season.

The Bachelor has millions of viewers, watching live as well as through digital platforms.

The Bachelor has been so popular, that variations on the show have been created: The Bachelorette, Bachelor in Paradise, Winter Games, and now Summer Games. Now, you can watch some variation of The Bachelor show during most of the year.

The Bachelor constantly remains a popular conversation topic, as well as the source of many weekly tweets, memes, etc. The premise hasn’t changed much at all amongst the 24 seasons, so why does this show continue to gain in popularity?

So, why do we keep watching The Bachelor?!

We Are Hopeless Romantics.

The Bachelor includes promises of true love, the hope of a couple falling madly in love and spending the rest of their lives together.

In reality, The Bachelor has a success rate of 11%. About two-thirds of the seasons end with proposals and only a few of those end with marriages. We follow along with 17th season’s bachelor Sean Lowe and his wife Catherine Giudici and their three children.

We hope that we will see that again with another Bachelor when in reality, the chances of that success through this show are slim to none.

However, we hold onto that hope and that possibility and think that maybe—just maybe—true, lasting love will be the end result of this season.

We Are Engaged in the Process.

Not only do we watch The Bachelor, but we truly follow along and become invested.

We look up spoilers, we try to find dirt on the contestants, we pick our ‘favorites.’ While the women on the show are arguing over who is there for the ‘right reasons,’ we discuss that amongst our friends and our colleagues and we pick sides in the drama.

To truly watch The Bachelor is dedication.

We cry when the Bachelor breaks up with a woman we did not want to see go home, or we feel inspired when we hear memorable goodbyes.

We follow the contestants on social media and feel more connected to them through seeing more of their lives.

We Escape Our Own Lives.

The Bachelor provides a unique opportunity for us to escape the potential mundane or undramatic lives.

Unless we are also dating one man along with 24 other women, this show allows us to watch the drama related to situations that seem so far removed from our everyday lives.

We are Provided Promises of the Most Dramatic Season Yet…

We can hear Chris Harrison’s voice on the trailers for each season, providing promises of The Most Dramatic Season Yet.™

This is reminiscent of Colton’s infamous fence jump and Arie’s infamous switch between his two final women. Even though the drama from past seasons maybe hasn’t been as mind-blowing as promised, we still hold on, thinking that maybe the drama from this season will be truly the most dramatic yet. And we can’t miss that.

We ignore the problems of The Bachelor, including the albeit quite uncomfortable premise of the show, the lack of diversity, and the impact of this show on our culture and views of relationships.

The premise of the show most likely won’t change too much in the future seasons, and most likely, we will continue to tune in to The Bachelor in droves.