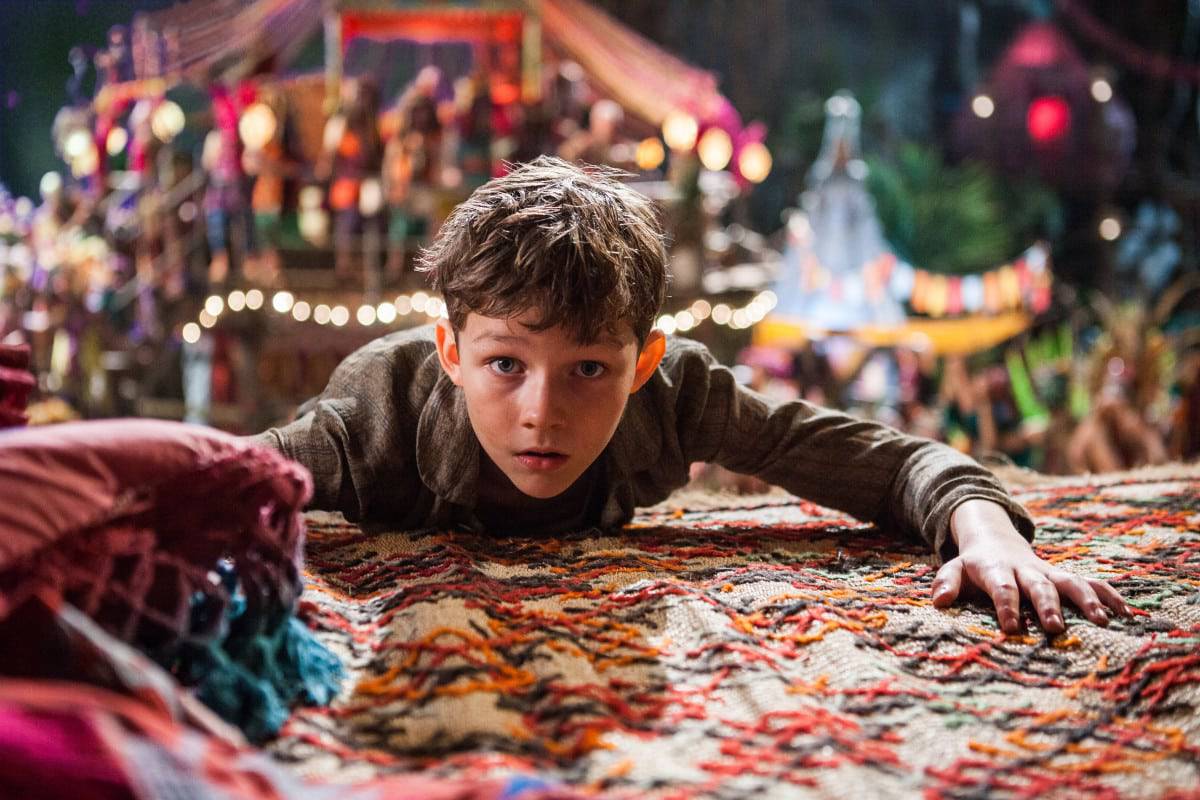 Peter Pan was one of my childhood favorites, so there was no way I was going to miss going to see Pan this past weekend. My entire family, including my husband who despises fantasy movies, adored it. I mean, we couldn’t stop talking about it and Halloween costumes were changed because of everyone’s love for this movie. You can imagine my shock when I found out Pan got panned by critics. I have to admit, I took this news very personally. I just need to put a different perspective out there, and hopefully encourage others to see it instead of being wrongly deterred by the terrible reviews.

Right off the bat, I am going to warn you, I am that girl who has the tendency to overthink Disney movies. I have been known to soapbox an entire car ride to my colleagues about how detrimental Ariel has been to raising girls with strong values. The original Disney’s Peter Pan himself had been on my quiet list for characters I have serious beef with. I found his character to be an arrogant, sexist, narcissist. He was boy who loved hearing embellished stories about himself and laughed when beautiful mermaids attacked Wendy for his attention. Yet even with this flawed character, I loved the movie. Because to me the movie was never about Peter, it was about Neverland. I adored Wendy, Michael and John, and I wanted to be them. To be given the chance to discover a magical world. As a child when life felt hard and change was looming in the near distance, Neverland was a fantasy of mine. Magic: that I would never have to face my fears or worries. That I could stay in a protected, safe, and happy world forever. I think this is a pretty common theme in the literary world, and the NY Times critic bashed Pan for being overused and Potteresque. Personally, this theme never gets old for me. I have seen it and read it a hundred different ways, and it thrills me to my core every time. 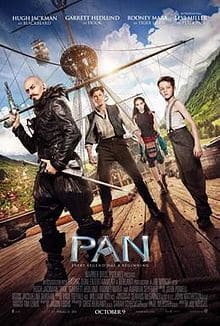 Rolling Stone slams the movie as too dark. I will agree, it was dark, but in just the right way. Wright’s exploration of who is Peter Pan reminded me of how I felt when I watched Christopher Nolan’s The Dark Knight unravel the tale of who is Batman. The darkness of this story is so deliciously intriguing. I found myself lost in the screen and covered in goosebumps. The dim tale helps transform Peter from an angry orphan, into a boy who had to overcome a great deal to come into his own and realize his strength and power. The grimness of Peter’s past gave me compassion for this sweet boy, who yearns for love, family, and answers. And it makes me see that Peter isn’t just a silly boy who doesn’t want to grow up, he is a boy who is deeply tied to protect the magic of Neverland and his family legacy. He fought for this magical land to be free and one can only hope that he can finally experience the joys of childhood here. Unselfishly, he wants other children to be free of their burdens and experience the magic as well. This portrayal of Peter was mind blowing for me, and with Levi Miller brilliantly cast as Peter, it was easy to finally love Peter Pan.

The feminist side of me is thankful for this film, as it offers strong female heroines. My daughter fell in love with Tiger Lily, and I cried every time Amanda Seyfried (Peter’s mother) was on the screen. These women demonstrated love that was fierce, and worth dying for, a far cry from the puppy love that is often portrayed by Disney. These warriors were pillars of their society, and they did whatever they had to in order to protect what they valued the most. What a breath of fresh air.

Vulture describes the movie as ‘magicless.’ I couldn’t disagree more. This movie was so full of quiet magic and suspenseful hope. The desperate circumstances we saw Neverland in gave depth to the power of the magic at stake. Terrible tragedies were being committed for control of power of the magic. This movie was full of hopeful anticipation that good would win, and that we would get to see the mysteries of the island unlocked. And it did not disappoint. We got just a taste of the beautifulness of fairy magic, and it left me wanting for more.

Visually, this movie is intense. There is a lot going on, which kept me on my toes. Images of pirate ships rising through thick fog going into battle took my breath away. During battle when natives are killed they burst into explosions of color as if they have been awoken from a vivid dream, made me gasp. And the stunning scene of the massive glowing crocodile jumping over Peter’s boat made my daughter squeal out loud. Watching Pan was like watching a dream.

Now, while I deeply loved this movie, I will have to agree with some of the criticisms thrown at it. I did not love the character of Hook. Especially his voice.   I can’t say that this story gave me a sense that there was once a deep friendship between Hook and Peter, which was promised in the opening narrative. I also agree that the use of Nirvana’s Smells Like Teen Spirit being sung in the mining pits had me a bit confused. I sat there thinking, “Is this weird, or is awesome? I can’t tell if I like it or hate it.” I eventually decided to just go with it, as it ultimately had great effect. It felt haunting and gave me chills. And of course it is obvious that there was a set up for sequels to follow. Bring them on. If they are anything like this one I will be first in line on opening night.

Vulture’s critic who disliked the movie asked the question, why would anyone want a prequel of Peter Pan? Well, I did. For many reasons, I needed this movie. I can now love Peter Pan wholeheartedly.