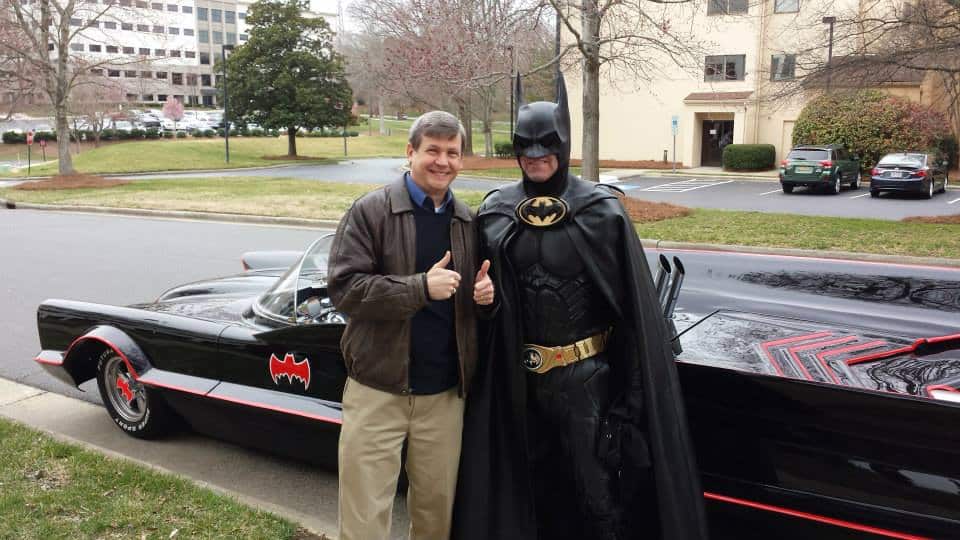 Batman entered the room of a sick child in the cancer wing of a children’s hospital. The boy’s eyes opened wide with wonder.

“Are you really Batman?” the kid asked.

Unbeknownst to the child, this Batman became a viral sensation years earlier when his tricked-out Batmobile—a 20-foot long black Lamborghini with a 5.0L Mustang Cobra engine—was pulled over by the police for having a Batman symbol where his license plate should have been. The video of the bemused police officers posing for pictures with the Caped Crusader after the traffic stop was seen by millions and drew attention to the man behind the mask.

His name was Lenny Robinson, a successful businessman who devoted himself to visiting children’s hospitals as Batman to inspire sick kids to be strong and courageous. He loved seeing their faces light up when they saw him.

Lenny died last week in an accident along Interstate 70 in Western Maryland. His Batmobile had stalled and he was checking the engine when another slammed into the back of his beloved car. He died at the scene. 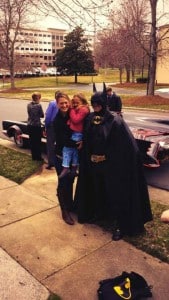 Several of us knew Lenny through our participation on Brett Culp’s documentary, Legends of the Knight. When we sponsored the Charlotte premiere of the film, Lenny drove down here on his own dime and visited a school and a children’s hospital as Batman. The short video above gives you a few highlights of that visit.

At his funeral, hundreds paid their last respects to him, some wearing capes and Batman symbols. The Washington Post reports the memorial was “more jokes than scripture, more laughs than sobs,” which is just the way he would have wanted it. He was a playful, funny guy who gave people nicknames and made up songs for the people he cared about.

Seventeen-year NFL veteran Ray Lewis of the Baltimore Ravens wrote of Lenny, “To know a man with his heart, his love for people, his love for life, his love for his family and especially his children is to know a true superhero.” Musician John Mayer called a tribute to Lenny “the most beautiful, human, real, dignified thing you’ll probably read all day.” Director Brett Culp wrote, “In our family, #LennyRobinson is a hero. The world has lost a real-life superhero.

Paul Borja, the cop who pulled him over in the video, had worked all through the night, but rode with fellow officers more than an hour to attend the funeral. He and many other cops, journalists from around the world, and kids that he had encouraged drove or flew hours to show their 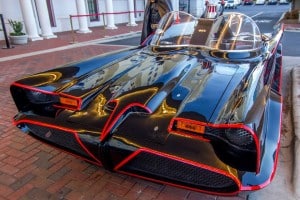 deepest respect for a man who made a difference in this world. He truly sacrificed, giving of his time, his money—he spent tens of thousands of dollars of his own money each year on gifts for the children he visited—and himself. He had the heart of a superhero.

If you want to see Lenny in action and get to know him a little bit more, check out Legends of the Knight on Netflix or Hulu. If you want to help keep his legacy alive, you can donate to his foundation. Click here (http://superheroesforkids.org/about/) to make a donation.

He leaves behind a great legacy. As he says in the film, “At the end of the day, ask yourself, ‘Self, did I make a difference?’ And the answer had better be yes.”

For Lenny, the answer was a resounding yes.