What is your ‘Love Language’? According to Gary Chapman, there are five separate categories of how you speak and feel emotional love. The following contains the psychological validity of each of these love languages, as told by your favorite characters on-screen.

I love science, but it ruins things for me sometimes. For example, it would be great to get on board with The Bachelor/Bachelorette, but I get very stuck on how often they’re probably incorrectly attributing their physiological arousal. Of course, your heart is pounding—you just jumped off a bridge! It’s not necessarily about the person you’re with.

But sometimes, the science isn’t quite there yet and I can hold out hope. So, researchers, this is an official call for more work on Love Languages.

Back in the 1990s, Gary Chapman published a book called “The Five Love Languages: How to Express Heartfelt Commitment to Your Mate.” Over the past 20+ years, the library has expanded to describe The Five Love Languages of everyone under the sun: singles, men, children, teens, military members—whoever! It all still comes down to the five basic love languages that Chapman says we need in differing levels to keep our “emotional love tanks” full:

In the latest edition of his book for couples, Chapman describes Words of Affirmation as verbally building someone up through compliments, encouraging words, kind words, etc. Elle Woods, for example, has some sassy comebacks but is great at Words of Affirmation. She shows it off best with the compliments she shares via the snap cup in Legally Blonde 2:

“Grace always has the confidence to speak her mind, plus she looks terrific in charcoal.”

“For these people,” the Love Languages website says, “actions speak louder than words.”

Just about everything that follows “as you wish” from Wesley in The Princess Bride is an Act of Service. Buttercup didn’t seem to mind not hearing repetitively how great Wesley thought she was—she wanted her pail of water and a little help getting through a dangerous forest.

He did a great job of hearing what she needed and following through on it for her.

“I really have to buy you things to show you my love?” said one significant other when his partner eagerly responded that she feels loved when he buys her nice things. According to Chapman, sometimes the answer is yes! Two words for this one: Leslie Knope.

This woman is so into giving and Receiving Gifts that an episode is dedicated to her nearest and dearest struggling to find the perfect gift for random anniversaries. On the flip side, those same loved ones do not share this love language—at least to the same extent—so they’re kind of overwhelmed by all Leslie has to give.

Chapman says in the Singles edition of his book that Quality Time is about focused, undivided attention in time together.

If the first few chords of the song “Married Life” from the “Up” score make you a little teary, you’ve got a good picture of some Quality Time love. Carl and Ellie were all about just being together. They silently read books in parallel chairs, they chatted while cloud watching, they did their chores together. It was all just about enjoying each other. Brooklyn Nine Nine’s Charles Boyle is another great Quality Time guy—he loves just being with his family and his bestie Jake (Andy Samberg).

If you’re raising an eyebrow, you can put it right on down—this language is mostly about platonic touch.

Some of the quiz questions talk about hugging, a pat on the arm, or just feeling comfortable sharing that kind of gentle, appropriate touch in public. This is a big one because we’re starting to see how much people crave physical contact and how little we do that in American culture. Beca Mitchell and Fat Amy from the Pitch Perfect series are an awesome example of a mismatched physical touch pair. Amy is all about tackling Beca with consoling hugs that Beca just endures.

So, are these ‘Love Languages’ legit?

I have a few votes of confidence for my dreams of Love Language validity. First, Egbert & Polk (2006) did a factor analysis to see how distinct the love languages are. There was a close call where Words of Affirmation and Quality Time were “highly intercorrelated,” (interesting, because they’re at opposite ends of the spectrum for me), but the languages were still best described in the original five categories.

It wasn’t perfect, and the authors didn’t seem ecstatic about it–they said that the “five-factor [love languages] model might have some psychometric validity” when compared to other versions with only 1, 3, or 4 categories (emphasis added).

In 2013, Polk and Egbert were at it again. They stuck by their support for the five categories of Love Languages in their quiz, but raised some doubts about Chapman’s applications, like having one preferred Love Language (pretty sure I have three) or giving your own love language more frequently than others.

Another group of researchers studied the love languages with students at a small Catholic school and suggested that the five Love Languages be “sacrificial, intimate, quality time, supportive, and comforting love.” They also went ahead and pointed out that the “expression and experience of love” might just be really hard to pin down and put into categories. That makes sense, but I think we can do more.

First, these studies have been with college students.

This doesn’t help my argument for the pre-, post-, or non-college crowd, which is most people. Second, the studies have focused on couples. At least for me, I have spent much more time making my family and friends check out their quiz results than doing the same with romantic partners. I strongly maintain that thinking about and expressing love is not just for couples. One of the most recent times I took the test was alongside my sister and a longtime friend. We spent a while having little “Aha!” moments about aspects of our relationships after getting our test results and I shared specific times that I felt loved well by both of them.

This is what love languages are about for me, and why I hope they hold up outside of couples. It’s a great thing to be understood and to spend some time being grateful for the little things that go into making great friendships, romances, and families.=

The way to my heart this Valentine’s Day? Give me the Act of Service of some great data collection and analysis, then let’s have a huge hug and spend a few hours of Quality Time chatting about your research and how amazing these language profiles are. Happy early Valentine’s Day, all! 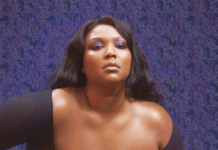 ‘Song of the Summer’ Candidates: Who Will Reign Supreme in 2019? 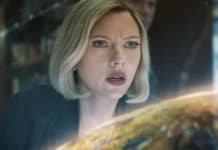 How to NOT Spoil Endgame for Others, According to Psychology