In The Mandalorian Chapter Four, we see a more heroic version of the bounty hunter as he seeks refuge with baby Yoda. I will also profess that this was my least favorite episode so far.

I think the writing was rushed, the development of the characters was inept, and some of the special effects were less than impressive.

However, content in this episode is psychologically rich, and we get several classic Star Wars battle moments reminiscent of the battle with the Ewoks on Endor.

In one of the initial scenes, we see baby Yoda pressing buttons on Mando’s spaceship.

This scene demonstrates and imitates the joys and frustrations of being a parent to a mischievous little child who is learning to exert itself. We also see the humor as baby Yoda attempts to find a connection with his surrogate dad, Mando.

Baby Yoda is trying to explore this relationship and is sending the Mandalorian signals that he wants a connection with him—this is called attachment. 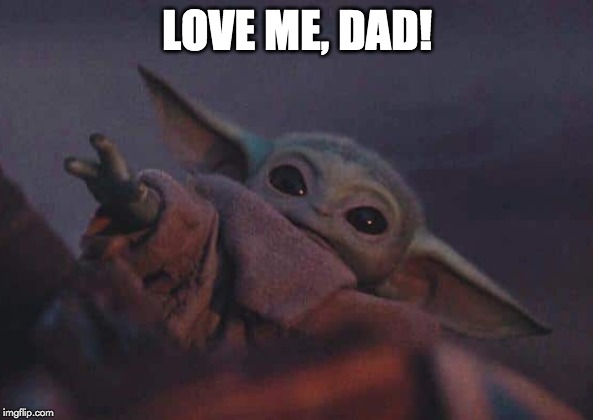 In psychology, we would consider Mando to have an avoidant attachment style.

Avoidant attachment types are independent to a fault, self-directed, and uncomfortable with intimacy and closeness. They’re are phobic of commitment and are skilled in avoiding intimate encounters. They regularly complain about feeling “crowded” or “suffocated” when people try to get close to them.

And thus, Baby Yoda is triggering Mando’s style, but he is caught between wanting to save this child, while also remaining fiercely independent.

In order to keep the baby safe, Mando finds a backwater planet where he believes he can hide out and stay safe.

He meets villagers who are requesting help from marauding bands of people who are pillaging their water ponds for the fish that they grow. Two members of the tribe ask him for help, and he refuses. They offer him money, which is all the money the villagers have, and he refuses by saying, “it’s not enough.”

This shows us that there is still a bounty hunter within him who is selfish and avoidant—but also does not want to get involved unless it benefits him.

We see Winta feed the baby Yoda and an intimate picture appears of a family which is antithetical to whom the bounty hunter is and believes himself to be.

This portion of The Mandalorian Chapter Four was where I became frustrated, as the story went too quickly. The romantic interest was developed in a fashion that was not believable, and the bounty hunter should never have allowed this woman to touch his helmet so quickly or for that long.

It flies in the face of his avoidant nature and much more time would be needed for this kind of touch.

The other portion of this episode that frustrated me was the notion that it would take an entire village as well as two skilled warriors to take down one AT-ST—which is an imperial walker.

I’m not sure why it would take an entire village of humans and two warriors to take this thing down when Ewoks took down several on their own, and they were just tiny bears in the Return of the Jedi. The writers also anthropomorphize the AT-ST and gave it red eyes and animal movements—which severely detracted from the battle scene.

While this episode did have some high points and further entrenched baby Yoda into our culture (Baby Yoda sipping on soup will be one of my personal top memes in 2019), I found it the least interesting of all the chapters thus far.

I would like to see Mando’s character and his traits develop more slowly and stick to his primary psychological profile—which is an avoidant attachment.

The best foil for this attachment is a securely attached baby Yoda who can challenge him in his personality and hopefully help him grow psychologically.

The best symbol of his avoidant attachment, in my opinion, is the fact that he does not take his helmet off.

But at one point, we do have to see him take off his helmet to eat but is also visible to other villagers. It seems he is becoming more comfortable, but it is unclear why other than the possibility that caring for this baby is bringing something out in him.

His family was killed when he was a child, and he may be considering caring for this baby Yoda as he never was cared for himself…

‘Lion’ and the Psychology of Abandonment