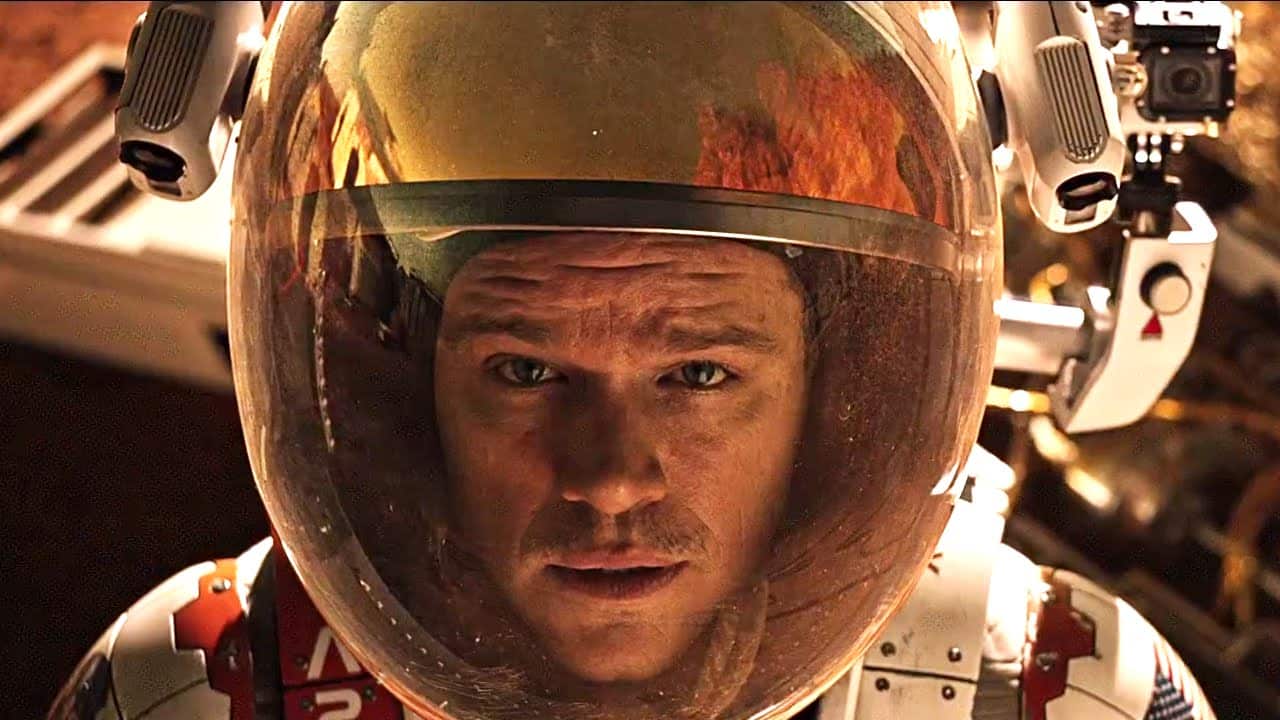 Ridley Scott and Matt Damon create a celebration of humanity’s resiliency and grit! 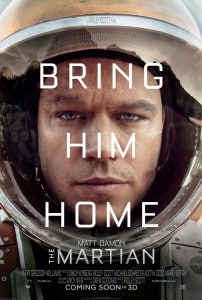 Warning!  Don’t show up late to The Martian.  This enthralling film wastes no time kicking into action.  NASA is 18 “sols” (or Martian days) into their mission when a sandstorm forces the crew to abort the mission.  Matt Damon’s Mark Watney is struck by debris in the chaos and presumed dead while the rest of the team abandons the Red Planet.

But he’s not dead, just impaled with a radio antenna that punctured his biometric spacesuit, Upon awaking and attending to his injury (the biggest “cover your eyes” moment of the film), Mark has to devise a plan to survive with insufficient rations that will not last not the estimated 4 years it’ll take NASA to launch a rescue mission.  Fortunately, Mark Watney is a botany specialist, the “best on the planet”, and uses his brains and grit to cultivate Mars and increase his supplies.  If Watney’s intelligence and training are his primary strengths for survival, his wit and humor are his secondary skills.  Each step of the way, each challenge and problem-solving strategy that Mark employs, his ability to sustain a degree of lightheartedness and levity helps him not become overwhelmed by the magnitude of each obstacle or the hundreds of different scenarios that could kill him.

And that’s the one key ingredient that elevates The Martian above other films that tread similar waters, films like Gravity, Cast Away, and even Apollo 13.  All three of those films are wonderfully created and suspenseful in their own right, but The Martian is superior to Gravity, Cast Away, and Apollo 13 for a host of reasons.  First, the humor is on full display throughout the film.  That’s a testament to Andy Weir’s novel and Drew Goddard’s wonderful screenplay adaptation.  It’s not just Matt Damon’s performance that provides laughs and levity, Others actors, especially Michael Pena and Donald Glover infuse their characters, and the film, with humorous pleasures.  Watney’s regular video logs gives Damon the chance to engage the audience and explain science jargon to the viewers without the exposition slowing down the film. 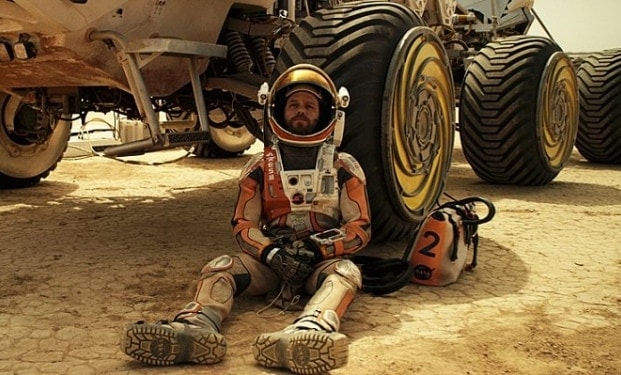 The structure of the film shifts back and forth between Mark’s struggles on Mars and NASA’s plight on earth.  Mark’s mission on Mars is simple and straightforward; cultivate food and resources … or die.  On earth, NASA’s satellites eventually detect that their astronaut botanist is alive and stranded kick into gear aiding Mark on Mars while figuring out a plan to save him. The NASA storyline is the most conventional part of the film, centered around scenes and ethical questions that have been covered countless times in other films.  Fortunately, director Ridley Scott employs seasoned actors like Chiwetel Ejiofor, Jeff Daniels, and Sean Bean to carry those scenes and storyline beyond the perfunctory tropes.  Mackenzie Davis and Donald Glover both have small roles but make memorable impression with the limited time they have on screen.  Only Kristen Wiig seems out of place and and given nothing to do with her character.  Had they completely cut her out of the film, nothing would have suffered. 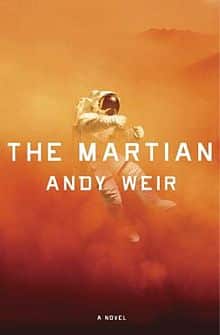 The Martian’s success starts with the source material.  I have not personally read Andy Weir’s novel, but everyone I come across who has read it “loves”, and I mean “loves” it.  I’m sure that Drew Goddard (Cabin in the Woods) left a lot of the book out of the screenplay, but what he kept coalesced into a tight and tense screenplay.  Despite its length (141 minutes), the film finds that balance between tense but not rushed.  That’s a testament to director Ridley Scott, who seems to have rediscovered his directing mojo after recent misfires and disappointments.  Have you met anyone that liked Exodus: Gods and Kings?  Anyone you know not disappointed with Prometheus?  Fortunately, The Martian demonstrates that given the right script and cast, Scott can still work his directorial magic.  Similar to what he accomplished with Alien, Ridley is able to infuse within the space crew camaraderie and banter that suggests these folks have known, lived, and tolerated each other for many years.  Make no mistake, unlike Gravity or Cast Away, this film isn’t a one-person show.  The Mars crew, led by Jessica Chastain, along with Michael Pena, Kate Mara, Sebastian Stan, and Aksel Hennie, have realistic chemistry with one another.  It is not surprising that when given the opportunity, Mark’s crewmates do not hesitate to rescue their stranded friend.

And that leaves us to ponder the performance of Matt Damon.  I cannot think of another actor who could better pull off Mark Witney better than Damon.  There is something relatable and identifiable in him as an actor.  He’s the everyman and exceptional simultaneously, something Steven Spielberg and Christopher Nolan must have also seen when they cast Damon in other rescue films.  Seriously, after Saving Private Ryan and Interstellar, how many more missions will there be to save Matt Damon?  Perhaps The Martian has completed his Rescue Trilogy.

The Martian has it all, and unlike many films, knows how to end well.  The last 30 minutes of this film are riveting, satisfying, and heartwarming.  The emotions in the film are earned and not coerced or manipulated.  Adults, men and women, and younger teens will all enjoy this film.  Don’t miss out on The Martian.  It’s one of the best films of the year.