Home Articles TV + MOVIES ‘The Meg,’ ‘Sharknado,’ and a Fascination with Monster Sharks 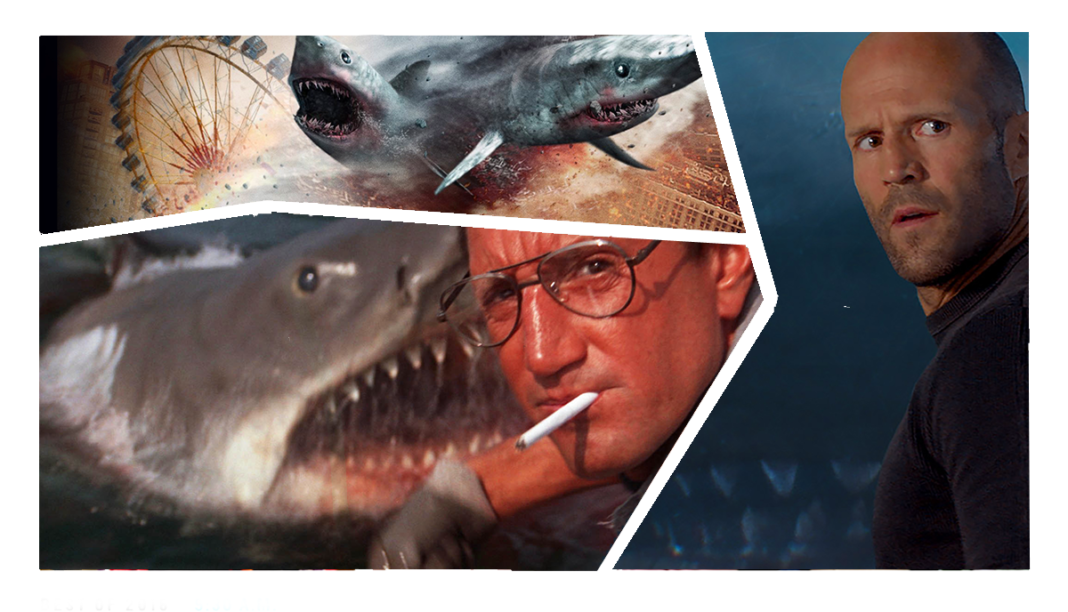 My wife thinks it’s ridiculous. Come to think of it, she thinks a lot of things are ridiculous—people who don’t park properly, unreturned shopping carts, dirty socks (and other laundry) left on the floor by our three sons.

But right now I’m referring specifically to my obsession with all things monster sharks.

This source of friction started with Deep Blue Sea, which began its Oscar campaign in the summer of 1999. I had to see this movie, and I dragged my then fiancée, Jen, to a matinee when we were on vacation. The premise was ripped from the headlines! Scientists searching for a cure to Alzheimer’s genetically altered mako sharks so that their brain tissue could be harvested. 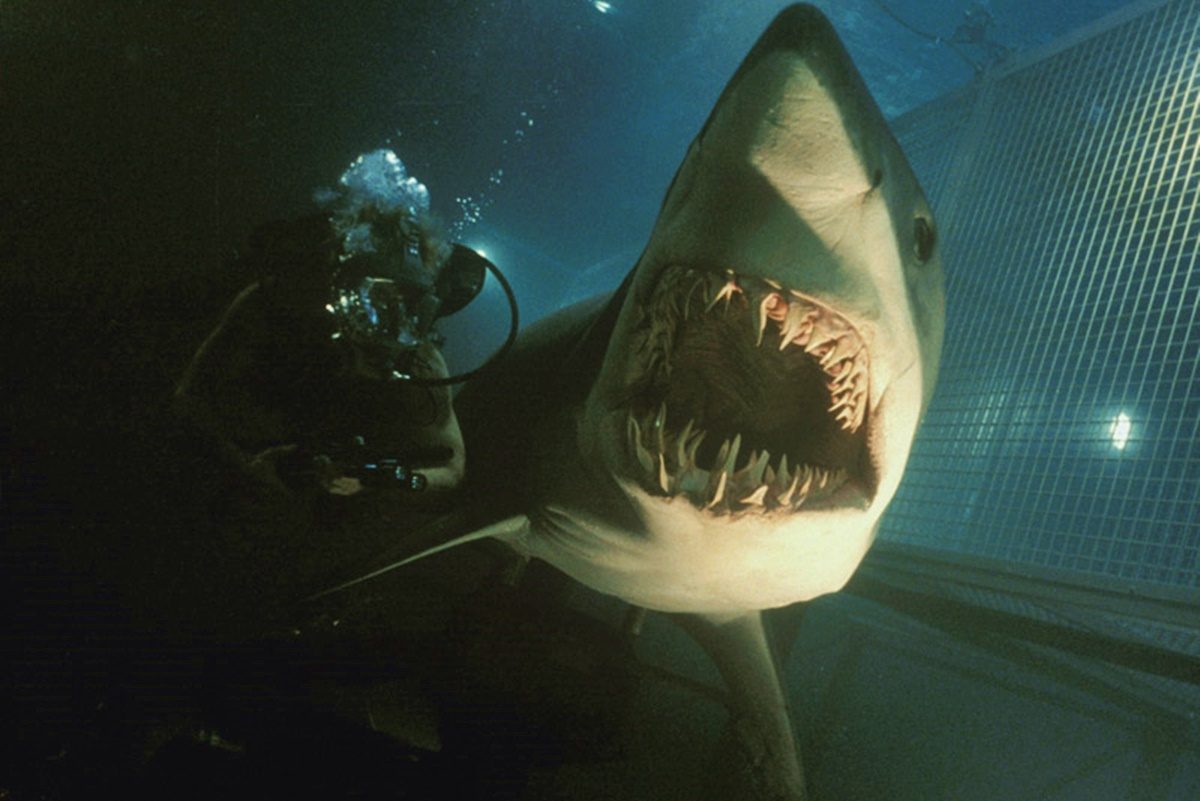 But in keeping with Hollywood’s Law of Disastrous Unintended Consequences, the engineered sharks grew stronger, faster, and a whole lot smarter. Fortunately, the brave crew, including LL Cool J’s Preacher, prevented the makos from escaping the lab and ruling the open seas. Oops, spoiler!

I was literally on the edge of my seat throughout this thrilling adventure. Jen, on the other hand, kept checking her watch. At one particularly riveting moment, a mako leapt several feet in the air to devour a helpless victim. I jumped…and Jen contemplated getting out of our engagement.

My affinity with monster sharks started, of course, with Jaws. I was 8 years old when it premiered in 1975 and I got about as close to a theater that summer as to open water. It took me a few years to work up the courage to see it, and it was on television no less. The action gets a bit outlandish at the climax, but Steven Spielberg’s classic is fairly well grounded in reality.

“My affinity with monster sharks started, of course, with Jaws.” 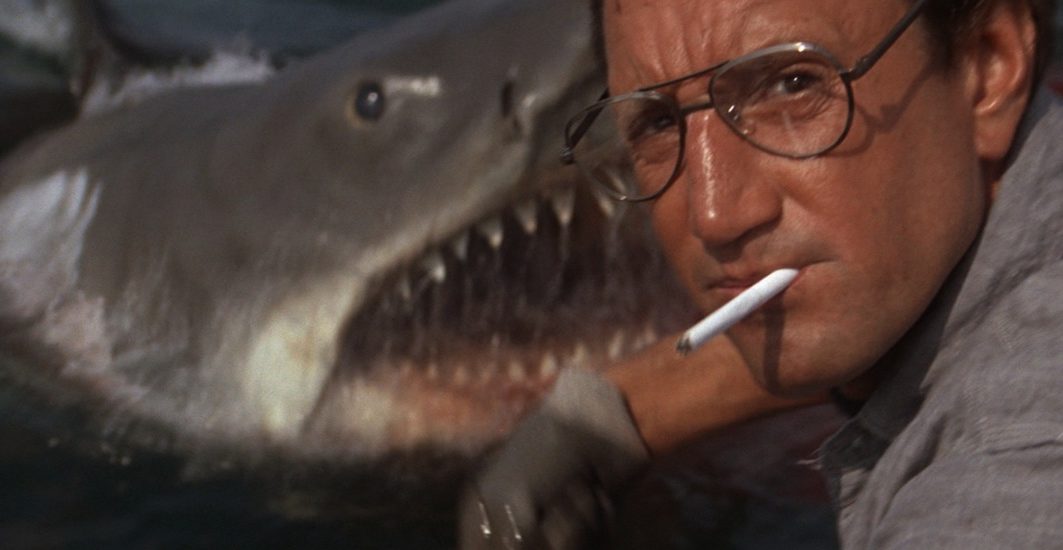 Then came the sequels, which got more absurd with each installment. What was with Sharknado franchise, and the movie that is taking this summer by storm… The Meg!

My attitude about shark movies has been this: the bigger and crazier the better. Sharks swirling in a tornado? Awesome! Megalodon emerging from Marianas Trench? Bring it on! Perhaps the outlandishness helps with my primordial fear of sharks.

For better or for worse, monster shark movies have given me a sense of humor about real sharks. I see them as animals just swimming their way through ecosystems. Creatures ala The Meg and Sharknado are so removed from normalcy that they don’t amplify my natural anxiety about sharks. They have the opposite effect.

“For better or for worse, monster shark movies have given me a sense of humor about real sharks.” 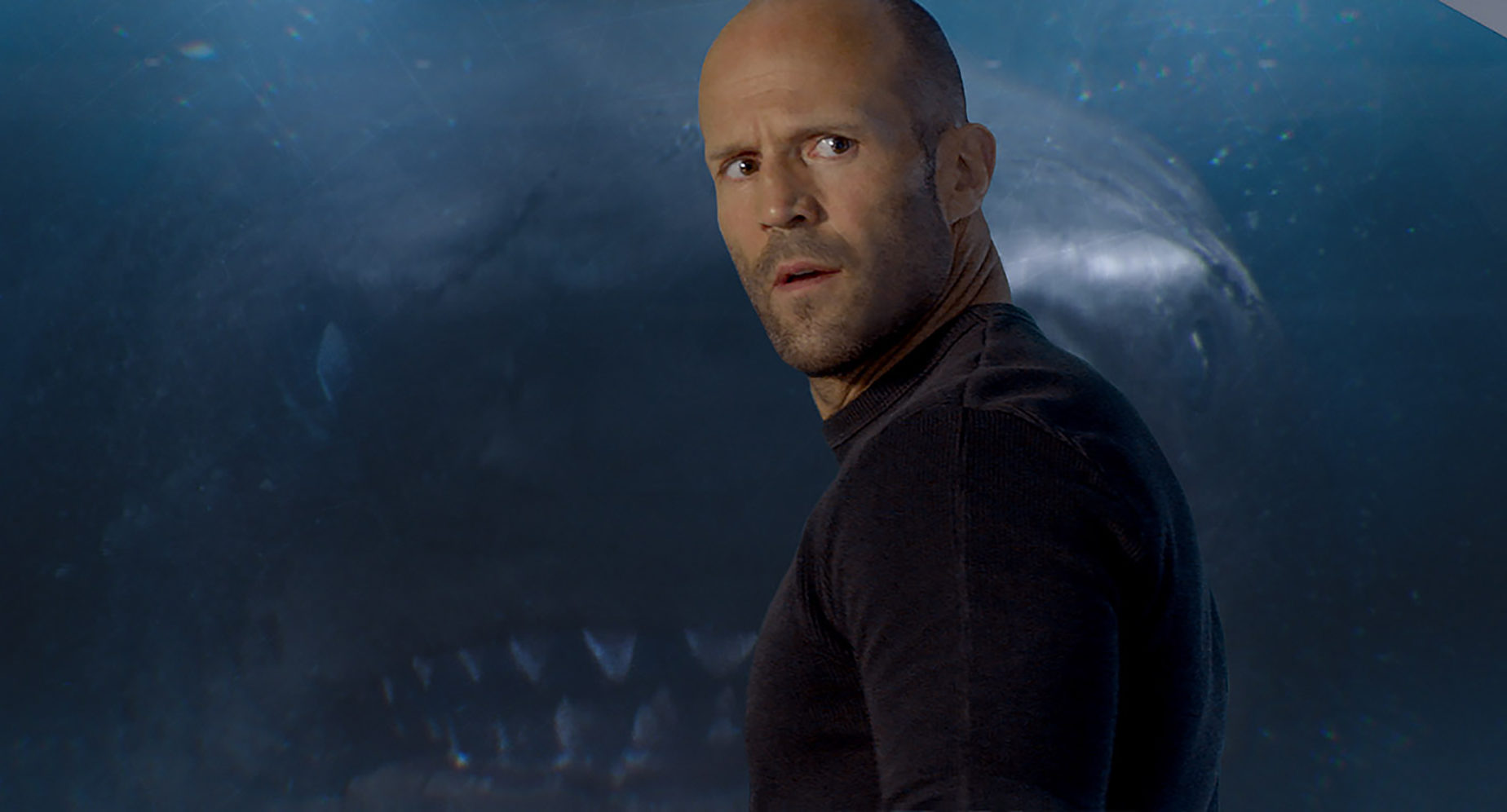 I think that’s part of the appeal of monster movies in general.  There’s so much stuff in the real world to keep us awake at night. Films that depict those kinds of horrors—families torn asunder, natural disasters, serial killers, epidemics, loss of a loved one- are what genuinely scare the crap out of me.

I count the Sharknado movies among the best comedies ever to grace the screen.  The Meg offered several laughs, some intentional and some not (can we please just give Jason Statham the Oscar?).  I admit, though, to lamely falling for a couple of jump-scares in The Meg. But nothing jolted me like that mako attack in Deep Blue Sea.

I guess years of training have bolstered my constitution.

Craig Pohlman is the co-author of CinemAnalysis: Learning about Psychology through Film.