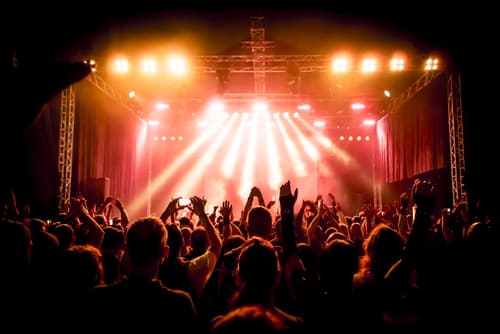 Music is a moral law. It gives soul to the universe, wings to the mind, flight to the imagination, and charm and gaiety to life and to everything.” – Plato

There I was sweating more than I ever have in my life, packed in like a sardine with a couple hundred others, calves already sore from standing on my tippy toes to see over the tall dude with the hat, dancing like a maniac, and… with tears in my eyes. Not because of the horrid stench of so much body odor, but because Rashawn Ross of the Dave Matthews Band was playing his trumpet like I’ve never heard. It was instrumentally brilliant and so technically impressive, particularly while his 6 other bandmates kept the groove and allowed for his emotional improv. 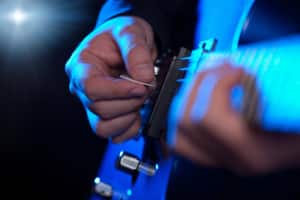 It was emotional, right? I couldn’t possibly be the only one there having some sort of response like this, right? Ok, maybe one of the only ones with actual tears, but there’s a reason it can be so powerful and we keep coming back for more at live music shows.

Before she babysat that night, my mom asked my husband, “Why could you possibly need to go to your 31st Dave Matthews Band concert?” (That wasn’t a typo. He is 31 years old and his 31st DMB show was last month.) On the surface, she raises a good point. Imagine the time and money spent to attend 31 shows and with nothing to show for it but a crinkled-from-sweat ticket stub and maybe some beer stained flip-flops. But, we’re not the only ones who seek out experiential thrills like this time and again. Mom also wondered, “How could it be different every time?” Granted, her thing isn’t live music, but I will compare it to her thing of going to every Duke basketball game, which is another one of MY things, by the way. Always ten guys on the court, always the unparalleled Coach K, always screaming fans, yet it’s different every time — unpredictable, fast paced, intense, full of highs and lows, gut-wrenching and ecstatic. It’s an emotional experience. This made more sense to her. Sure, the band members are the same (save for 1 change in 2008 when the LeRoi Moore died), they’re playing songs they wrote over twenty years ago (obviously with new ones, as well), but because they are musically exceptional, 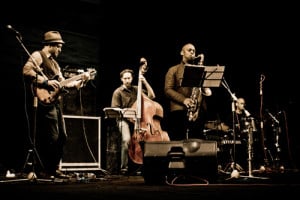 it’s never the same. That’s art. They know each other so well that even a rehearsed ‘solo’ for one can turn into a straight up jam session that molds into a perfectly harmonious, in-sync flow of music. By the way, just rereading that sentence gives me chills. Even if you’re one of those people that just can’t stand Dave, you’d be remiss to not acknowledge their musical talent.

We crave stability in so many parts of our lives. We need that consistency and predictability and to know we can get up and do it again. It’s so important, though, to also allow ourselves to have experiences that shake that “safety” up a bit and are exhilarating, stimulating, candid, and genuine. A place where we can lose ourselves a bit, connect with something deeper and settle into a space of emotional response. That’s what music does for me – listening, playing the piano, and singing. Music, particularly complex music and intricate harmonies (and simply the soulful croons of John Legend, to be specific) speaks to me. 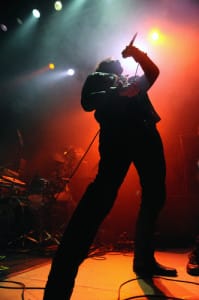 It conjures up emotional reactivity. It recalibrates me. What’s that thing for you and do you recognize it when it happens and permit it to happen without self-consciousness? Maybe it is when you’re watching sports and you are all-in and find yourself tracking every move and yelling things you are not really proud of. Maybe it’s when you engage in a meaningful and honest conversation with a best friend. Maybe it’s when you are saving your kids from monsters or becoming a tickle monster yourself. Perhaps it’s when you’re lost in a book or movie storyline and your imagination is triggered. Or when you’re blaring One Direction in your car driving down the highway. Maybe it’s when you’re sampling a fine wine for the first time. That “it” is whenever your guard is down—no barriers—and any emotion is allowed in unapologetically and you are boldly in the moment.

I have a terrible memory and already can’t recall what DMB encored with a few weeks ago but I do remember having a blast hanging out with my husband and friends. I remember being transported into a sort of zen while listening to the band jam. I remember dancing like no one was watching and totally screwing up the lyrics while singing at the top of my lungs and it not mattering. And I remember a moment so raw and powerful while that trumpet trilled at full volume as it evoked in me one of those overwhelming sensations that you can’t really put your finger on but you realize you need right in that moment.[mks_pullquote align=”right” width=”300″ size=”22″ bg_color=”#ffffff” txt_color=”#000000″]“I remember being transported into a sort of zen while listening to the band jam”[/mks_pullquote]Those memories will stick with me along with the freedom an experience like that elicits amidst a world where we tend to get caught up in our awareness of what others must be thinking of us or what is the ‘right’ way to act. A world in which we spend a lot of time being self-conscious, rather than authentic. It is so valuable to recognize what those insecurities or assumptions are and begin to practice removing them to allow for true presence in our lives. You can’t put a price tag on a slice of that authenticity and when all is said and done, hopefully my husband and I will have 90+ beer and sweat stained ticket stubs to show for it.